Intermittent fasting: Does a new study show downsides — or not? 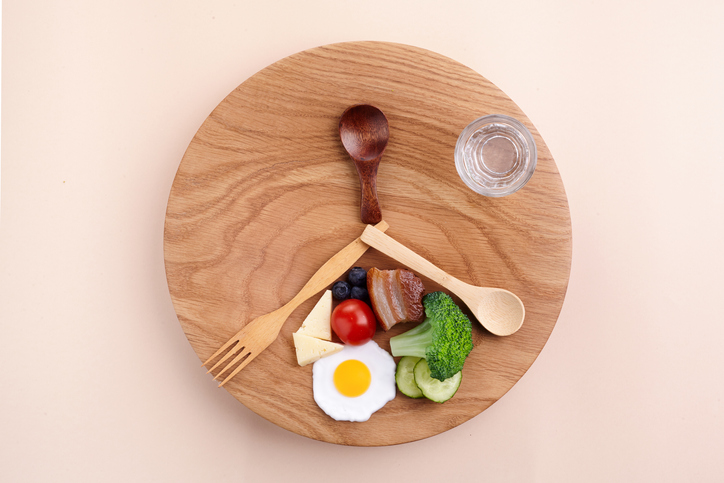 Intermittent fasting (IF) is an approach to eating based on timing. The idea is that fasting for long enough allows insulin levels to fall low enough that our body will use fat for fuel. Growing evidence in animals and humans shows that this approach leads to significant weight loss. When combined with a nutritious, plant-based diet and regular physical activity, IF can be part of a healthy weight loss or maintenance plan, as I described in an earlier blog post.

Now, a randomized controlled trial published in JAMA claims that IF has no significant weight loss benefit and a substantial negative effect on muscle mass. News outlets picked up the story and ran headlines like A Potential Downside of Intermittent Fasting and An Unintended Side Effect of Intermittent Fasting.

But what did this study actually look at and find?

In the study, 141 patients were randomly assigned to 12 weeks of either a time-restricted eating plan (TRE) that involved fasting for 16 hours and eating only during an eight-hour window of the day, or a consistent meal timing (CMT) eating plan, with three structured meals a day plus snacks.

Neither group received any nutrition education or behavioral counseling, nor was physical activity recommended. There was no true control group (meaning a group that did not receive any instructions about meal timing).

Translated into plain English, the IF group lost more weight than could be due to chance: between half a pound and 4 pounds, or an average of 2 pounds. The structured meals group also lost some weight, although the amounts lost could have been due to chance: between 0.1 and 3 pounds, or an average of 1.5 pounds. The upshot was that there wasn’t a significant difference in weight change between the two groups. And the researchers saw a loss of muscle mass in the IF group that didn’t occur in the CMT group.

Diving deeper into the study

By the way, all of these folks may have been eating fried or fast foods, and sugary sodas and candy — we don’t know. The study doesn’t mention quality of diet or physical activity. This isn’t how IF is supposed to be done! And yet the IF folks still lost between half a pound and 4 pounds.

Importantly, the structured meals group also lost weight. While not significant enough to prove it was due to this intervention, for some participants it was enough to make structured meal weight loss differ little from IF weight loss. But think about it: structured meals are an intervention. After all, some people eat more than three times a day, consuming multiple small meals throughout the day. Telling people to limit their eating to three mealtimes plus snacks may actually be helping some to eat less.

The authors very well could have concluded that IF was indeed successful. They might also call for a follow-up study with a true no-intervention control group, as well as behavioral counseling, guidance on a healthy diet, and recommended activity levels for IF and CMT groups.

Does additional support make a difference?

Prior studies of IF that have provided behavioral counseling, and guidance on nutrition and activity, have definitely shown positive results. For example, in a previous blog post I described a 2020 American Journal of Clinical Nutrition study in which 250 overweight or obese adults followed one of three diets for 12 months:

Everyone lost weight. The IF group lost more than anyone with an average of 8.8 pounds, Mediterranean next at 6.2 pounds, and Paleo last at 4 pounds. Adherence was better with the Mediterranean diet (57%) and IF (54%) than with the Paleo diet (35%), and better adherence resulted in one to three pounds more weight loss. The Mediterranean and IF groups also saw significant drops in blood pressure, another good result.

What about the loss in muscle mass that occurred in the IF group in the JAMA study? While this needs to be studied further, it’s important to note that other research on IF that included guidance on physical activity did not show any loss of muscle mass.

What’s the takeaway here? A high-quality diet and plenty of physical activity — including resistance training — are critical for our good health, and nothing replaces these recommendations. IF is merely a tool, an approach that can be quite effective for weight loss for some folks. While this one negative study adds to the body of literature on IF, it doesn’t reverse it. We simply need more high-quality studies in order to have a better understanding of how to most effectively incorporate IF into a healthy lifestyle.

The post Intermittent fasting: Does a new study show downsides — or not? appeared first on Harvard Health Blog.