These are the counties to watch in one of the most surprising swing states of them all: Iowa 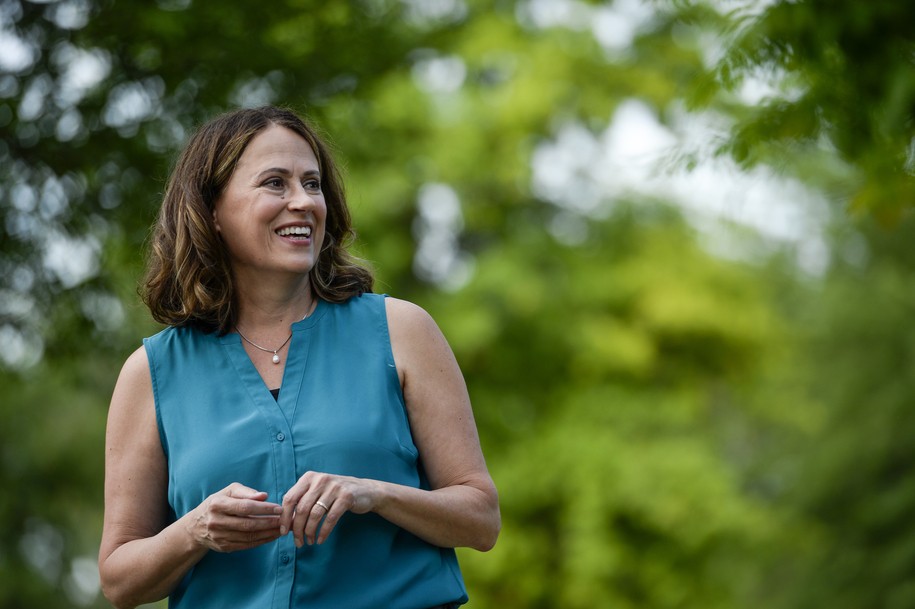 Our third and final installment in a recurring series about the key counties to watch in America’s battlegrounds takes us to the center of the country. After having spent rounds one and two in the newly competitive South (see our examination of Texas and Georgia), we head to the heartland to look at the state where the 2020 presidential cycle began: Iowa.

At the beginning of the cycle, it seemed unlikely to most folks that Iowa would be considered one of the most-watched races come Election Day 2020. After all, Donald Trump won the state’s six electoral votes with relative ease in 2016 (51-42) and the incumbent senator up for reelection this year, Republican Sen. Joni Ernst, also enjoyed a relatively easy victory in 2014.

But the 2018 cycle showed some green shoots for the Democrats in Iowa. The Democrats claimed two House seats and very nearly claimed a third, picked up the state auditor’s office, and came within an eyelash of knocking off incumbent Republican Gov. Kim Reynolds. It seemed as if the sharp lurch to the right the state had taken in the 2014 and 2016 cycles had been stalled, if not partially reversed. So with that in mind, Iowa took on its third “election status” in as many presidential cycles, having gone from modestly blue to modestly red to its current incarnation as a true tossup.

As we head into the 2020 election, Iowa seems to have swung all the way back to parity. Polling out of the Hawkeye State has shown both the presidential and Senate races to be coin flips. Democrats probably need the Senate race more than they need the six electoral votes (the theory being that if Biden wins Iowa, he is doing well enough in the Midwest that the path to 270 is probably clear), but they would dearly like to have both.

As we said in the first installment (when we investigated the state of Georgia), winning a state is about more than just winning the “swing” counties. In most battlegrounds, those swing counties are recently Republican suburban counties that are rejecting Trumpism. But in the state of Iowa, really only a single county of any size fits that description. This means that the swing counties are the ones that did the opposite: going to blue-to-purple (or even light red) in 2016. It is essential to reclaim the lead in the larger counties that went for Obama in 2012, but then defected to some extent to Team MAGA in 2016.

But, as is the case elsewhere, it also helps to minimize the damage in places where Democrats normally struggle. In addition, it is also essential that Biden and Greenfield run up the score where they can. Iowa, unlike the other two states we examined, doesn’t have very many large blue pockets, but there are places that Democrats can bank some big votes.

A reminder: To keep things somewhat simple, we limit our examination to a total of nine counties. In short, we’re looking at counties that have a trajectory that might shift in a way noticeable enough on election night to matter. This does not mean other counties don’t matter. Iowa has 99 counties (as any presidential aspirant probably knows, since they’ve probably been compelled to visit all of them in the winter before a presidential election). They all have value, but to prevent information overload, we limit the examination to a manageable nine-county load.

With that caveat in mind, let’s look at the counties in Iowa that could prove to be the tipping point next Tuesday evening.

Unlike our previous discussions, these three counties are markedly different beasts. Dallas County is a true suburban county, a county that has, in the past generation, leaned strongly Republican. It lies to the immediate west of Polk County (Des Moines). Dubuque County is a blue-collar county on the eastern border of the state that went from blue to red to purple over the past eight years. Finally, Scott County is another eastern Iowa county, arguably the most populous of those counties (centered around Davenport). It didn’t flip to Trump in 2016, but it came tantalizingly close.

So, these three counties have very different trajectories. Dallas County resembles, more than any of the others, the suburban movement away from the GOP that we’ve seen in so many other suburban pockets around the country. Barack Obama lost it by double digits even as he was rather easily carrying the state in 2012. But in 2018, in the midst of his upset win for state auditor, Democrat Rob Sand actually managed to carry the county by 430 votes (out of over 40,000 cast). Other Democrats, even while losing the county, came quite close.

Dubuque County was part of the biggest story of 2016, which was the mass defection of white working-class voters from the Democrats. A county that Barack Obama carried by 15 points actually narrowly went to Trump. It did bounce back in 2018 to roughly half of the margin Obama enjoyed in 2012. Scott County encountered a similar trajectory, though Hillary Clinton did hang onto the county by a little over a single point (again, for the uninitiated, 2018 margin is an average of the statewide races in 2018 that had major party competition).

So how does Joe Biden (and Theresa Greenfield) cobble together an Iowa win? A key part would be to carry Dallas County. No Democratic presidential candidate has done so since 1996, but the trajectory over the last few cycles has been unmistakeable. For Dubuque County, winning is likely not good enough. After all, Donald Trump was the first Republican to win the county since Dwight Eisenhower in 1956. He probably needs to match what Democrats on average did in 2018, and probably would prefer to win the county by double digits. The same is true of Scott County: a county win means little—here, the margins are everything.

Pottawattamie (Council Bluffs) and Woodbury (Sioux City) counties are part of the deep red western part of the state, the part of the state that always provides the margin of victory for Republicans when they win statewide. Warren County (Indianola) is a decent-sized rural county in the southern part of the state. The common threads between all three counties: one decently sized population center and Trump’s 2016 performance being a recent high water mark that can possibly be partly if not wholly reversed.

The chart is really useful here for seeing the trajectories. All three counties were essentially coin flips in 2012, a year when Obama won statewide by six points. All of them lurched hard to the right in 2016, giving Donald Trump comfortable double-digit margins. And then all of them shifted back to the Democrats by a significant margin in 2018, though not quite back to the halcyon days of Obama’s double wins here.

For the Democrats to have a chance statewide in 2020, they need numbers to maintain or even improve upon that 2018 movement. Indicators that it is a great night for Biden in Iowa would include a tie or a small lead in Woodbury and Warren Counties, and working Pottawattamie County back to a single-digit Trump lead. If both of those things happen, Biden and Greenfield are likely in the game.

In our other installments, we’ve looked at counties that are, habitually, heavily urban counties that carry Democratic advantages in the neighborhood of 40 or more points. The problem is Iowa has precisely one such county: Johnson (Iowa City), the home of the University of Iowa. Its other “blue counties” are definitely Democratic, but not by the crazy outsized margins we see in places like Atlanta or Austin.

The two other “blue counties” we are exploring include the largest county in the state (Polk, home to Des Moines), and the other major county housing a large university (Story, home to Ames and Iowa State University).

Polk’s advantage, of course, is its population. If the state’s most populous county can cast more than 15% of the state’s votes, and Biden/Greenfield can approach the 20-point edge that Democratic candidates held in the Des Moines area, then that could go a long way toward securing a Democratic victory. In the past two presidential cycles, Polk County accounted for 228,000 and 231,000 votes. If that number can get over 240,000, that could be extremely helpful to Democratic prospects. In the two “college counties,” the story (no pun intended) is going to be the margins. If the Democrats can merely match what they did in 2018 with a 2020-style turnout (which, between the two counties, could be a boost of 25,000 votes over 2018’s turnout), that’s money in the bank for the blue team.