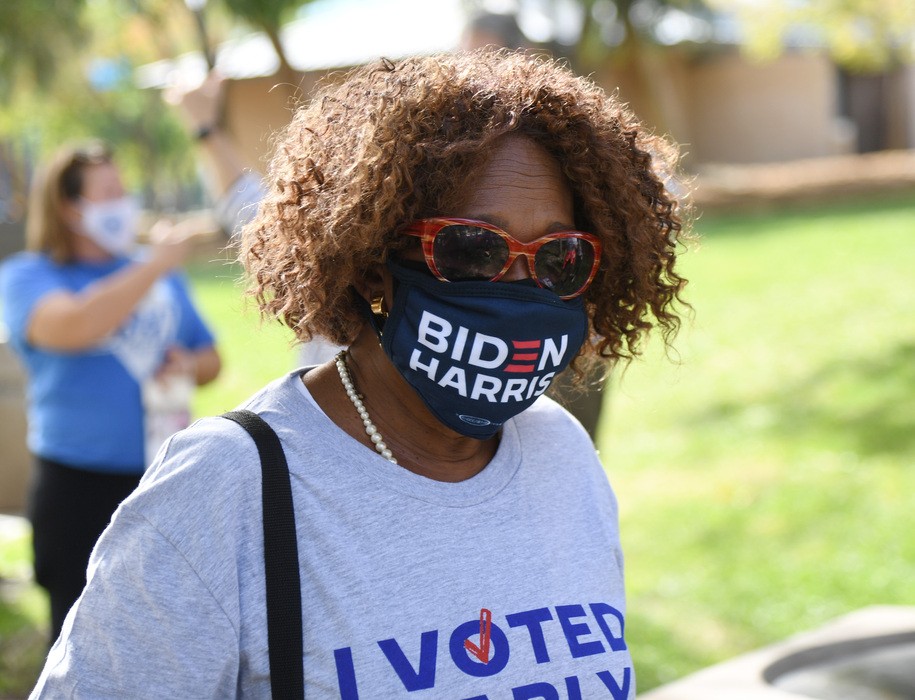 The polling is brutal for the Trump campaign, so in case you’re wondering about their plan for victory, senior campaign adviser Jason Miller laid it out on ABC’s This Week.

MILLER: We believe that we’ll be over 290 electoral votes on election night. So no matter what they try to do, what kind of hijinks or lawsuits or whatever kind of nonsense they try to pull off, we’re still going to have enough electoral votes to get President Trump reelected.

STEPHANOPOULOS: So, basically, you’re saying the president needs to have a clean sweep of all the states in the Sunbelt that he won back in 2016: Arizona, Georgia, Florida, Texas, North Carolina?

MILLER: I said I believe that we’re going to win all of them. There are multiple pathways.

Let’s take a look at this supposed map.

The only way you get to 290 electoral votes, with Nevada and having lost Arizona, is this:

Trump 2016 states, plus Nevada, minus Arizona, Maine rural district electoral vote, and Wisconsin: 290 electoral votes. This is the map he’s talking about:

First of all, it’s curious how confident he’s pretending to be about Michigan and not Wisconsin, which has polled better for Trump. This is the latest polling aggregate from The Economist for those two states:

Hard to believe, but his schedule mostly tracks, with three Michigan appearances to a single one in Wisconsin:

But notice, no Nevada. In fact, Nevada is already over.

Jon Ralston, the dean of the Nevada political press, does the math, and it’s pretty much over for Trump. So when Miller said “we could pick off Nevada, a place where our modeling shows that we’re going to win on Tuesday,” he is lying, just like the campaign and everyone associated with Trump always does.

MILLER: And the one final thing, George: If you speak with many smart Democrats, they believe President Trump will be ahead on election night, probably getting 280 electorals [sic], somewhere in that range. And then they’re going to try to steal it back after the election.

The “steal it back” thing is that stupid idea that votes that aren’t counted on Tuesday night are somehow illegitimate. That’s clearly been Donald Trump’s campaign plan for months now. “Counting all ballots” shouldn’t be controversial, but that’s the modern Republican Party for you. Here is a visualization about when votes will be counted:

Nevada, Michigan, and Pennsylvania won’t have full vote counts on Tuesday, and rural and day-off votes are likely to report first—both of which will favor Republicans.

Wisconsin isn’t included in Miller’s map because Milwaukee is expected to report on election night, negating the chance of ending the night with that incomplete GOP advantage.

And of course, Miller doesn’t include Florida, Georgia, and North Carolina because those are legitimately close states, even if they “lean Biden” according to the polling. All three of those states (and Arizona, which is why Miller ceded it) will have results Tuesday night. If Biden wins any of them, Trump is toast and we can avoid the chaos and drama over vote counts in Michigan, Nevada, and Pennsylvania that will inevitably trend Democratic as the count progresses.

The GOP’s only chance at victory is chaos. So as always, the best way to avoid chaos is to win any of those Sunbelt states.

They’ve told us their plan. Our job is to do everything we can to thwart it while winning everything else downballot.