Even after Trump is gone,’How will I ever look at America the same way again?’ 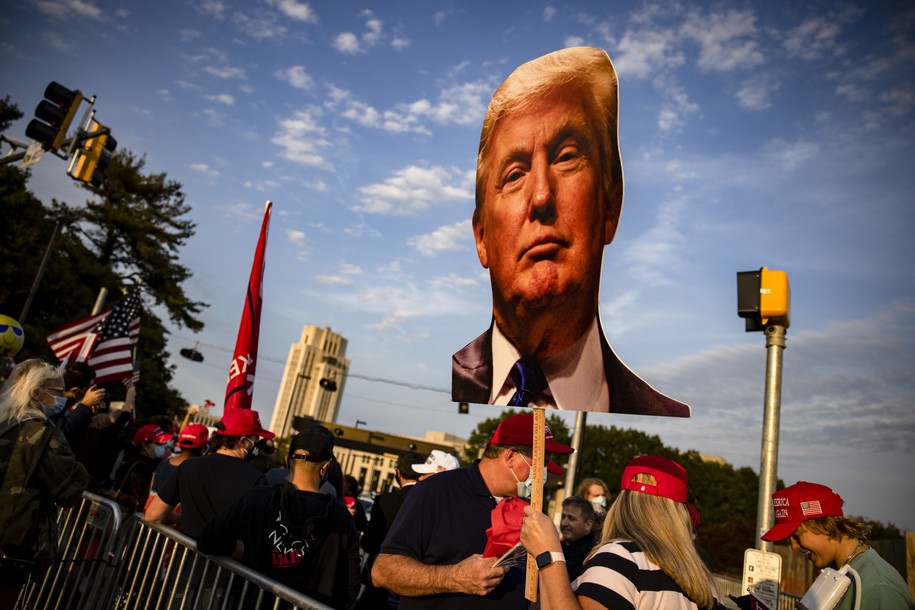 What to think of this column by Frank Bruni, written for The New York Times, discussing how the last four years have so brutally ripped the veil from our eyes, revealing the stark, amoral emptiness of so many millions of our fellow American citizens? The title of the column itself—“How Will I Ever Look at America the Same Way Again?”—expresses the sadness so many of us have felt as we’ve witnessed a huge segment of our population descend into abject Trump worship.

In 2008, with the outpouring of excitement and positive feelings surrounding the election of Barack Obama, you could easily forget the fact that nearly half of the voting public had believed that putting Sarah Palin within one heartbeat of the presidency was a swell idea. Even in 2010, when the Koch brothers and their ilk summoned up astroturfed hordes of white right-wingers who (thinly) cloaked their racist motivations by expressing their contempt for the Affordable Care Act, you could still dismiss the tea party as a temporary aberration, a reactionary blip in time owing to the elevation to power of the nation’s first Black president.

But 2016 showed us something different, something truly ugly about far, far too many people in this country, something the remainder of us could not simply ignore or rationalize. It promised at the outset to make a lasting impression, and for the next four years it did not disappoint. That’s what Bruni’s column is about—how we can possibly reconcile ourselves to what Trump’s presidency has confirmed about the sheer, unrepentant ugliness of nearly half of this country’s voters.

As Bruni notes, our fixation on Donald Trump has deprived us from focusing on the Americans who continued to support him, and that support him to this day, even in the face of this disastrous pandemic, one in which he has demonstrated a complete lack of concern toward any of them.

How much of this can we pin on Trump? Not as much as we try to. And oh, how we’ve tried. This obsession of the news media and his detractors with every last eccentricity and inanity isn’t just about keeping a complete record, I’ve come to realize. It’s also a deflection, an evasion: If he gets the whole of the stage, then Americans’ complicity and collaboration are shoved into the wings.

Perhaps, as Bruni suggests, the singular focus on Trump has in fact been a way to sidestep facing the truth about this country’s people, a truth so far removed from the ideals we are fed through all of our institutions. Fairness, equality, and honesty matter, namely, and the law is something to be revered for the common good, not something to be evaded or flouted for personal gain; and most of all, Americans are at heart fundamentally good and decent people.

But fundamentally good and decent people would not stand by applauding a leader who has done what Trump has done, as Bruni reminds us.

With him we went lower — or at least a damningly large percentage of us did. In him we forgave florid cruelty, overt racism, rampant corruption, exultant indecency, the coddling of murderous despots, the alienation of true friends, the alienation of truth itself, the disparagement of invaluable institutions, the degradation of essential democratic traditions.

The saddest aspect of this depressing reveal of so many Americans’ true natures is that there is not even a plausible excuse for it. Unlike the rise of autocrats in other countries, Trump’s elevation to power came at a time when Americans were not experiencing any particularly novel economic upheaval or crisis, at least not one that could explain such a radical transformation in the character of its citizens. Thanks to his predecessor, Trump inherited an economy that was booming. Of course many people (whites, yes, but even more so people of color) continued to struggle in it, but those conditions were not fundamentally different than those preceding the election of Barack Obama. In fact they were more favorable—for most—than the economy he inherited in 2008.

So perhaps we need to look not so much for a transformation of these people who supported Trump—and continue to support him, in spite of what he clearly is—but rather what it was already within them that Trump allowed to come out.  Bruni sees this as well, and his reaction doubtlessly echoes what most of us have felt one time or another over the last four years, as we’ve witnessed the people clustered in Trump’s adoring rallies, squealing in approval with each violation of civic decency.

But why haven’t more of them stopped loving him? And how did so many Americans beyond that group fall so hard for him, thrilling to his recklessness, applauding his divisiveness, indulging his unscrupulousness? He tapped into more cynicism and nihilism than this land of boundless tomorrows was supposed to contain.

In truth, the answer may be as simple as sheer laziness. When Trump’s despicable nature began to be manifested through his official actions—his xenophobic Muslim ban, his policy of separating children from their parents at the border, for example—they immediately generated active resistance among those Americans (mostly liberals) who saw him as a mortal threat to the country’s principles. He was doing things that we simply could not countenance being done in our country’s name, and people protested.  When he minimized racist police brutality in the spring of 2020, liberals again came out in force to protest. A significant number of Americans clearly did not ascribe to what Trump was selling, and have not to this day, expending incredible efforts in resisting him.

But all the while Trump’s approval numbers, while dipping somewhat, never really moved much  among those who had initially supported him. That 40% or so exists, standing with Trump, to this day. They weren’t the ones protesting—instead they sat at home, soaking up Fox News and stewing in their resentments, which Trump continued to serve up daily with each outrage.

Because that’s the thing about racism—it doesn’t take any effort. There is nothing easier than blaming and scapegoating someone else for your problems; it’s certainly easier than working to try and solve them. In Trump, an entire subset of the American population suddenly found it had an easy way out, tapping out their shared grievances on social media and constructing a bubble they could nestle in with complete comfort and zero accountability. After a while, that bubble became more important than the reality of say, a massive pandemic crashing down on their heads. If Fox News said it was simply the flu, and that masks were a sign of liberal weakness, then that was just fine: Let’s focus instead at those black folks and their stupid white liberal allies damaging some property in Portland!

What we see now—what was laid bare when Trump appeared on the political map in 2016—is  essentially a huge population of emotionally spoiled adults, grown too lazy to do the hard work of facing the challenges of our multicultural society, let alone doing anything to improve their own circumstances. They currently follow a leader who encourages that laziness by continually feeding them scapegoats through grandiose, meaningless gestures: his pointless and self-defeating “trade war” with China, his phony “wall,” and his continuous demonization of Americans of color. None of these gimmicks has had the slightest impact on the lives of Trump’s supporters, but they make a good excuse for them continuing to do nothing that actually requires an effort on their part to accommodate their fellow citizens in any way to improve the society we live in. Meanwhile, the few actual “achievements” of this administration have only further enriched the wealthiest people in the country. And while receiving nothing that actually benefits their lives in return for their rabid devotion may seem strange to us on the outside looking in, it’s much easier than the hard work of trying to respect the point of view of others of a slightly darker shade of skin color.

Regardless of its root cause, we have to accept the reality that these people are unlikely to experience any sudden epiphany should Trump lose the election. As Bruni notes, Trump simply tapped in to a preexisting condition for most of them, and they are unlikely to change now. Why should they? They’re comfortable where they are in their little bubbles of disinformation, and another Trump will certainly appear one day, eager to tap into their endlessly churned laundry lists of resentments. Trump really was just the catalyst, giving them the thrill of a license to express things they knew deep down were wrong, but felt so liberating and pleasurable to spew out, regardless of who they hurt.

He didn’t sire white supremacists. He didn’t script the dark fantasies of QAnon. He didn’t create all the Americans who rebelled against protective masks and mocked those who wore them, a selfish mind-set that helps explain our tragic lot. It just flourished under him.

The knowledge that so many of our fellow Americans are predisposed to this kind of virulent hatred is a difficult thing for many of us to accept. But the real question, should Democrats manage to win this election, is not what these people will do, but what we can do in order to ensure decency prevails. A convincing win by Joe Biden and Democrats across the board will not heal the divide in this country, but should at least restore (if nothing else) the uneasy parity that we enjoyed during the Obama years, when the worst impulses of our fellow citizens weren’t continually being stoked and amplified by a heedless and cynical demagogue named Donald Trump. Once he is gone, maybe we can start talking about building bridges again.

That may be the best we can hope for.

Young voters respond to text messages, and NextGen America is reaching out to young voters in 11 battleground states to make sure they have a plan to vote. Sign up to volunteer, and spend some time sending text messages to get out the vote.