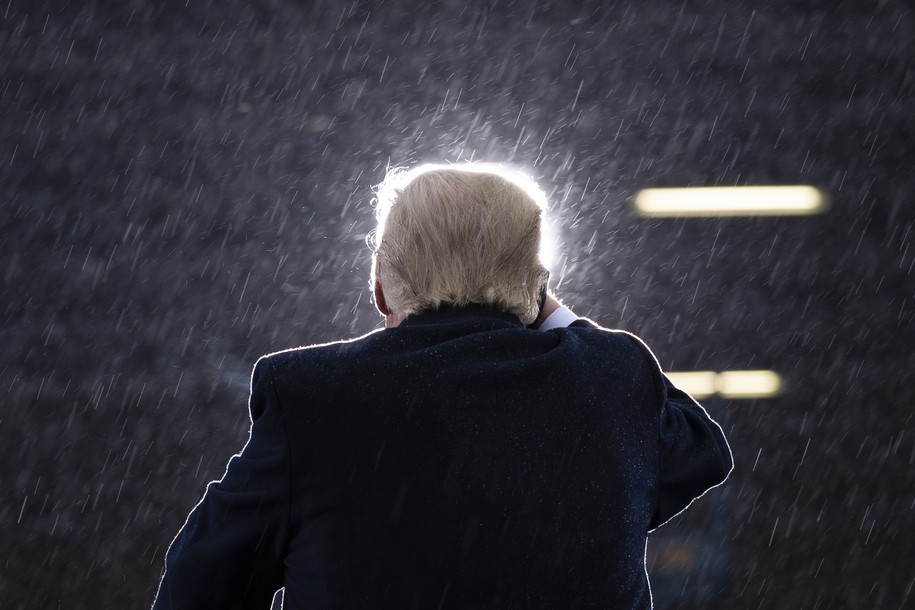 The downfall of Richard Nixon, in the summer of 1974, was, as Bob Woodward and Carl Bernstein relate in “The Final Days,” one of the most dramatic in American history. That August, the Watergate scandal forced Nixon—who had been cornered by self-incriminating White House tape recordings, and faced impeachment and removal from office—to resign. Twenty-nine individuals closely tied to his Administration were subsequently indicted, and several of his top aides and advisers, including his Attorney General, John Mitchell, went to prison. Nixon himself, however, escaped prosecution because his successor, Gerald Ford, granted him a pardon, in September, 1974.

No American President has ever been charged with a criminal offense. But, as Donald Trump fights to hold on to the White House, he and those around him surely know that if he loses—an outcome that nobody should count on—the presumption of immunity that attends the Presidency will vanish. Given that more than a dozen investigations and civil suits involving Trump are currently under way, he could be looking at an endgame even more perilous than the one confronted by Nixon. The Presidential historian Michael Beschloss said of Trump, “If he loses, you have a situation that’s not dissimilar to that of Nixon when he resigned. Nixon spoke of the cell door clanging shut.” Trump has famously survived one impeachment, two divorces, six bankruptcies, twenty-six accusations of sexual misconduct, and an estimated four thousand lawsuits. Few people have evaded consequences more cunningly. That run of good luck may well end, perhaps brutally, if he loses to Joe Biden. Even if Trump wins, grave legal and financial threats will loom over his second term. […]

Barbara Res, whose new book, “Tower of Lies,” draws on the eighteen years that she spent, off and on, developing and managing construction projects for Trump, also thinks that the President is not just running for a second term—he is running from the law. “One of the reasons he’s so crazily intent on winning is all the speculation that prosecutors will go after him,” she said. “It would be a very scary spectre.” She calculated that, if Trump loses, “he’ll never, ever acknowledge it—he’ll leave the country.” […]

“There may be times when we are powerless to prevent injustice, but there must never be a time when we fail to protest.” ~~Elie Wiesel, Nobel lecture (Dec. 11, 1986)

Are you anxious and afraid right now over what might happen in the next few days? pic.twitter.com/9uiG3AVNLk

At Daily Kos on this date in 2016—Democrats point out Comey’s ‘blatant double standard’ as Justice clamps down on further news:

FBI Director James Comey believed that early October was too close to Election Day for the government to announce that the Russian government was trying to interfere in our elections, a second source has confirmed to Huffington Post. Weeks later, of course, Comey relied on much more speculative information in announcing that the FBI had come across emails possibly relevant to the investigation into Hillary Clinton’s private server. As Clinton campaign manager Robby Mook says, “It is impossible to view this as anything less than a blatant double standard.” And, as Clinton press secretary Brian Fallon says, “Director Comey owes the public an explanation for this inconsistency.”

It’s unlikely the public will get that explanation any time soon, though, both because Comey doesn’t seem inclined to make his actions make any sense whatsoever and because the Justice Department is trying to put the toothpaste back in the tube, saying it will move quickly on investigations but will not give out any further information while it does so.