America can become its best self. It starts tomorrow. 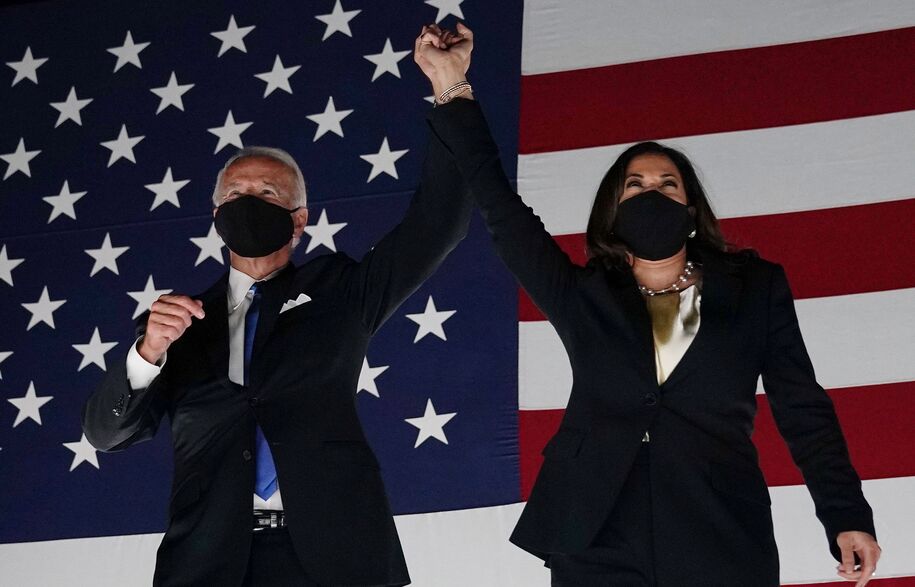 Is America the country that twice elected an African American president with strong majorities of the vote? Or is it the country where a race-baiting, bigoted birther could earn just enough support from voters to get himself inaugurated as president? Of course, the answer is both, and nothing that happens in this year’s election will change that. Nevertheless, if Trump wins, the worst, most hateful elements of the past four years will not only continue to exist (they will anyway)—they will strengthen their hold on power, perhaps permanently. Give them four more years and I fear there will be no going back.

MENU OF Get Out the Vote (GOTV) ACTIVITIES:

On the other hand, repudiating President Charlottesville and replacing him with a Biden-Harris administration as well as electing a Democratic Senate majority will mark a fundamental shift in the kind of country we will be going forward. We will have a chance—although not a guarantee by any means—to move closer to realizing the ideals of liberty and true equality for every American laid down in the Declaration of Independence. These are the ideals that American activists from a diverse array of backgrounds have long marshaled on behalf of justice.

Doing so goes back to Black abolitionist David Walker, who in 1830 called on America: “Hear your languages, proclaimed to the world, July 4th, 1776.” Frederick Douglass in 1852 proclaimed that he drew “encouragement from The Declaration of Independence, the great principles it contains.”

Rev. Dr. Martin Luther King Jr. likewise deployed our founding ideals to lay down a marker in front of hundreds of thousands gathered at the Lincoln Memorial in 1963: “We’ve come to our nation’s capital to cash a check. When the architects of our republic wrote the magnificent words of the Constitution and the Declaration of Independence, they were signing a promissory note to which every American was to fall heir. This note was a promise that all men, yes, black men as well as white men, would be guaranteed the ‘unalienable Rights’ of ‘Life, Liberty and the pursuit of Happiness.’” In perhaps the most famous section of that speech, he proclaimed: “I have a dream that one day this nation will rise up and live out the true meaning of its creed: ‘We hold these truths to be self-evident, that all men are created equal.’”

In fighting for LGBTQ equality, Harvey Milk echoed these earlier pioneers when he said: “All men are created equal. Now matter how hard they try, they can never erase those words. That is what America is about.” So did Rep. Barbara Jordan, the first Black woman from the South elected to Congress, who noted, “what the people want is simple. They want an America as good as its promise.” I’ve cited these heroes before, and I’ll keep doing it because they inspire me to fight for the principles they believed in—the principles America must live up to in order to succeed.

The impeached president, however, doesn’t care a lick for these principles. He wants to bring us back to a time when we were even further from making them real. He heightens the fears of white Christian Americans about what it would mean if those who are not like them gained an equal share of power. Trump scares his people by pretending these other Americans want some kind of domination over them, when all they seek is merely the measure of full equality promised to all of us.

Then there’s Joe Biden. He understands our founding principles, and the struggle throughout our history between those who want America to achieve them and those on the side of white supremacy and other forms of oppression. The latter are the people Biden’s opponent—the second Confederate president—roots for and wants to honor.

Just look at the contrast between their remarks around July 4, when we celebrate and, hopefully, reflect on our country’s core ideals. Trump pretends our country is already perfect, and that those fighting for justice today are waging “a merciless campaign to wipe out our history, defame our heroes, erase our values, and indoctrinate our children.” Vice President Biden tells a very different story—one that is honest, reflects reality about our past and present, and projects hope for our future.

Our nation was founded on a simple idea: We’re all created equal. We’ve never lived up to it — but we’ve never stopped trying. This Independence Day, let’s not just celebrate those words, let’s commit to finally fulfill them. Happy #FourthOfJuly! pic.twitter.com/1WrATlx8Xl

It comes down a very simple question: Whose America do you want to live in? The America described by Biden, or in Trump’s America, a place where he believes that neo-Nazis who chant “Jews will not replace us” represent “very fine people.”

Additionally, as important as the different visions are, the candidates’ differences on policy are equally stark. For starters, Trump will utilize the tax code to send ever more money to the wealthiest, take away health care from tens of millions, make sure millions more are unable to earn a living wage even working full-time, destroy our environment in ways that will be impossible to undo, and block any changes that might be proposed in order to make our law enforcement and justice system treat Americans of every race on equal terms. Oh, and he’ll continue to reject science and needlessly endanger large numbers of Americans during the ongoing pandemic.

With Joe Biden, Kamala Harris, and Democratic majorities in Congress, America will have an opportunity to make real progress on all these fronts and more. We’ll be able to enact structural reforms on the Supreme Court and the federal judiciary, on statehood for Washington, D.C., Puerto Rico, Guam, and the U.S. Virgin Islands—which will not only give the American citizens living in those areas the political rights they should have, but also redress at least some of the imbalance in the Electoral College and the Senate that has allowed Republicans to keep coming in second and yet gain the power that is only supposed to accompany victory.

In the last four years, we’ve seen some of the worst of what America is. But now, if we do what we must, if we work to get out the vote and fight to ensure that all the votes are counted, we can give America the chance to become what I hope—what I know—it can be.