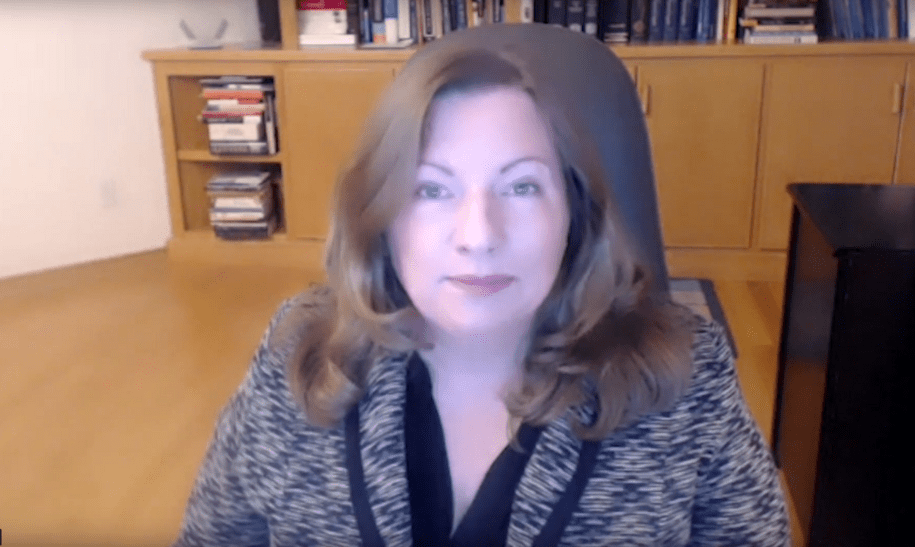 Michelle Deatrick is the national chair of the DNC’s Council on the Environment and Climate Crisis. She has been a political activist and organizer for years and was Sen. Bernie Sanders’ special projects director in Michigan in 2016 and his campaign’s Michigan co-chair in 2020. Daily Kos’ Making Progress series, where we ask a handful of questions to activists, organizers, politicians, and others from the progressive, begins its newest season with Deatrick.

The questions range from what keeps Deatrick motivated during these conservatively crushing times to her belief that the United States has the money and the technology to take on climate change with the right leadership, and her feelings on expanding the federal courts and ending the Senate filibuster.

What’s one action every person can take today to get people to the polls?

MD: Help people in your network and in your community to make a plan to vote and then follow through. This election, possibly more than any one before, is going to depend on just how many of us did that, talked to our friends and our family about voting. Campaigning just can’t happen the way that it’s happened in the past, with big rallies and lots of door-knocking. So it’s critical that we’re having those conversations. Call families, text and message your friends, talk to neighbors, post on social media. Make sure that if people haven’t cast their ballots yet, they know how and when and where to go. There’s a great resource to help with making a voting plan at www.Iwillvote.com.

In these challenging times, what keeps you motivated?

MD: What keeps me motivated is what’s at stake and a vision of the future that we can have. The damage that Trump has done to our climate, our scientific institutions, our economy, our health, even I think our culture—it goes on and on. And it seems at times to many of us incomprehensible, almost surreal, how disastrous the last four years have been. I live on a farm that has been harmed seriously by climate change. I have friends who’ve had the coronavirus. I have friends who’ve lost their jobs and are facing some serious financial issues. It’s just really dire.

I know young people who are questioning whether they should ever have children because the issues that need so urgently to be addressed in this country—in particular climate change, but others—are not being addressed and are getting worse. We just have to get him out before it gets any worse and then push for the climate policy we need like our future depends on it, because it absolutely does. And we can have a green, sustainable future with good-paying union jobs, and we can absolutely can fight off the worst impacts of climate change. And that motivates me every single day.

There are 300 million more Americans today than there were when the Supreme Court was expanded to nine justices. Would you support increasing that number to better represent the American people?

MD: The Republicans’ corrupt and craven packing of the court has really left us with no option. We need to consider how to reform the court to restore credibility, balance, legitimacy. And we need to ensure that justices chosen by a minority in this country don’t have the only say over cases that are going to impact us for decades, if not longer. Biden has said that he will establish a commission to look at the best ways to rebalance the court, and I think that’s absolutely an important first step, but I also absolutely think that we must rebalance the court.

If Republicans in the Senate filibuster the John Lewis Voting Rights Advancement Act, will you support eliminating the filibuster so that Democrats can honor Lewis’ legacy and protect the right to vote?

MD: Mitch McConnell and the Republican Senate have long made it absolutely clear they’ll use every tool in their toolbox to block a Democratic administration. They did it with President Obama, and I have no doubt they will do it with a President Biden. So if they’re going to use the filibuster to block the transformative policies that we know our country absolutely needs at this moment to rebuild after the pandemic and to address at least the systemic racism, the vote suppression, we need the Voting Rights Advancement Act. We need green energy bills. So yeah, we should absolutely eliminate it. Otherwise, we’re going to find ourselves four years from now having achieved very little, and our climate, our economy, our health care can’t afford that, and the climate clock is ticking.

As a media organization, what aren’t we paying attention to that we should be?

MD: I think the most important stories right now are the stories about what’s happening, what’s going on in the lives of our most vulnerable communities. What are the challenges facing Indigenous communities? What’s happening to Black and brown and less-resourced families on the front lines of fossil fuel extraction and refinement? What’s happening to the people in New Orleans facing hurricane after hurricane? We talk about having COVID-fatigue. There’s also, I think, a fatigue, a tiredness from facing one impact of the climate crisis after another. To the workers most impacted, like the wildfire fighters who are stretched nearly beyond bearing—what’s happening for them? What is their story? Where do people not have access to clean drinking water or safe places to play, to green spaces and healthy food? A country cannot be great so long as it accepts that large numbers of its people live on the brink. We cannot let this be the new normal. We cannot let accelerating climate change be the new normal. Far too [many] Americans lack access to basic needs: food, water, safe shelter. And generally speaking they’re not the people in the headlines, but the solution to any of our country’s problems needs to begin with these families. We have to hear from them. We need to listen to them. We need to listen to these communities and to build our policy from their lived experiences and their knowledge, and often their leadership up, or else we’re never going to get it right. And then we need to advocate for, push for, fight for transformational change, because incremental change ain’t going to do it.

What does four more years of Trump look like for the environment?

MD: Well, thank you for asking me about the environment, because environmental justice, addressing climate change, is a heartfelt issue for me. Look, Donald Trump is a climate disaster, a climate denier, a climate arsonist, and he’s by far the worst president in modern history when it comes to climate and the environment. Absolutely no doubt of that. His administration has rolled back almost a hundred of our country’s most significant environmental protections. We’re about to be formally withdrawn from the Paris Climate Accord, which is actually not ambitious enough as it is. We now know because science has advanced since then. And he cozies up to the corrupt oil and gas industry. I feel like we always say, “How could it get any worse?” And then somehow, under Trump and the Republicans, it always does. Four more years of these kinds of actions and inactions would mean continued acceleration of climate change and the chance of hitting major tipping points that could rapidly increase the rate at which climate change is happening.

It will mean stronger hurricanes. It will mean bigger fires, more frequent flooding and droughts, hotter summers, and nothing being done to stop it. So let’s make no mistakes. Let’s make no mistake. It will mean more deaths. It will mean more misery in the U.S. and globally. It will vastly increase, almost to a vanishing point, our chances of keeping global heating to 1.5 degrees Celsius, remembering we’re at 1.1 degrees now. One-point-five degrees seems almost unimaginable. It will mean less clean air. It will mean dirtier water as he continues to put the interests of polluting industries above those of American families. So we got to toss him out and then make centering environmental justice—fighting climate change via rebuilding America with a green economy that creates millions of good union jobs—a top priority. And it can be done. We have the science, we have the technology. We now know that when we need the money, it can be found. It’ll be a challenge, but I believe the United States is up for it.

Watch the full interview below.