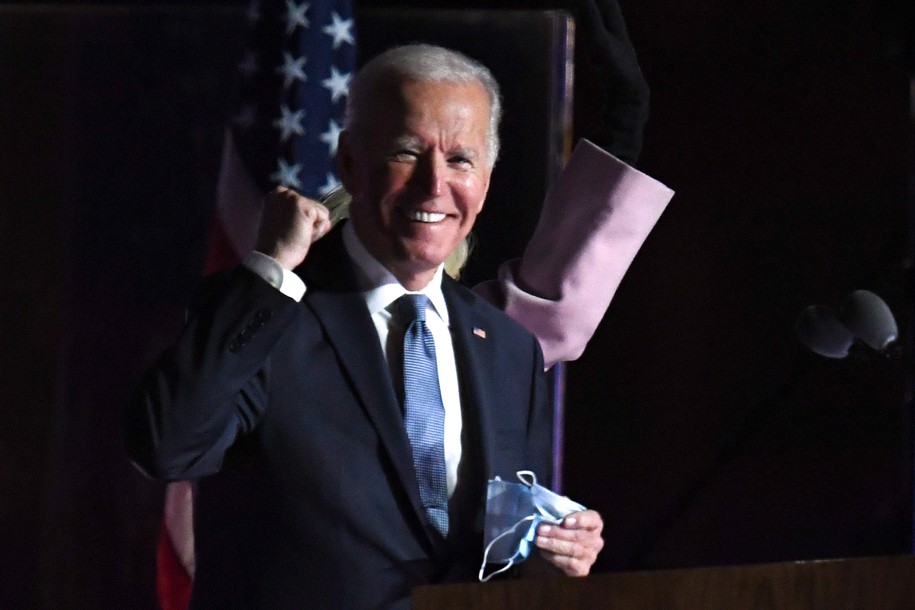 Joe Biden spoke briefly at a drive-in rally in Delaware shortly before 1 AM ET, offering an optimistic message but one that emphasized that the vote-counting is ongoing and there’s a lot we don’t know. “We feel good about where we are, we really do. I’m here to tell you tonight we believe we’re on track to win this election,” he said.

Biden addressed the length of the counting process, saying “We knew because of the unprecedented early vote, the mail-in vote, that it was going to take a while. We’re going to have to be patient.”

Noting that Minnesota had just been called for him, Biden said his campaign is confident about Arizona and “still in the game for Georgia.” Additionally, he said he is “feeling good about Wisconsin and Michigan. And by the way, it’s going to take time to count votes—we’re going to win Pennsylvania.”

Biden emphasized patience, and the importance of counting the votes: “We could know the results as early as tomorrow morning, but it may take a little longer. As I’ve said all along, it’s not my place or Donald Trump’s place to declare who’s won this election. That’s the decision of the American people. But I’m optimistic about this outcome.”

Dangerous lies. Which comes as no surprise.