‘Every vote must be counted,’ Biden says—as Republicans try to stop that from happening 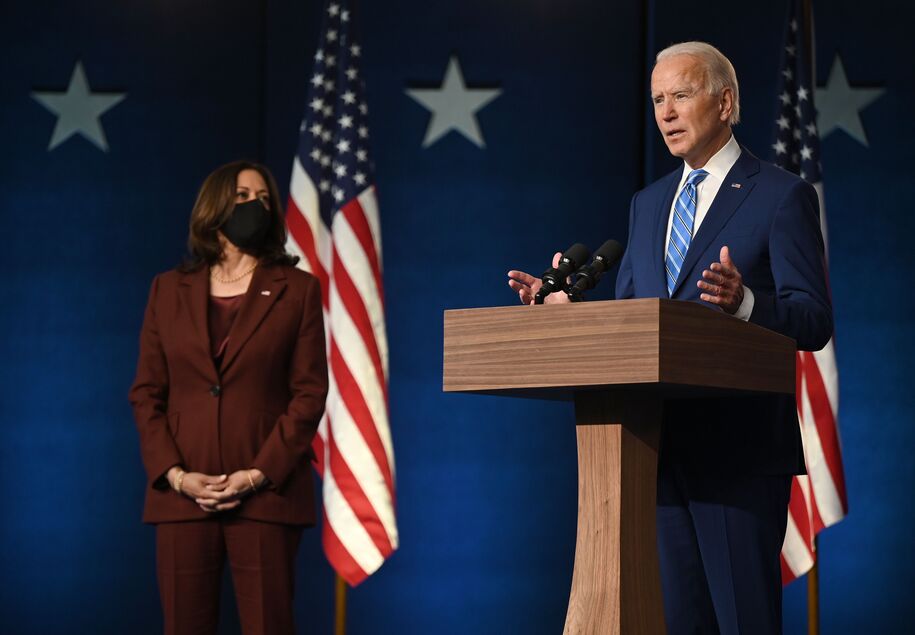 Former Vice President Joe Biden, the current leader in the presidential race, spoke briefly on Wednesday afternoon to call for every vote to be counted—something Donald Trump really, really doesn’t want to happen—and to affirm his confidence that he and his running mate, Sen. Kamala Harris, will win the election.

While Trump rages and files lawsuits trying to prevent votes from being counted, Biden said “yesterday once again proved that democracy is the heartbeat of this nation, just as it has been the heartbeat of this nation for two centuries,” citing the record number of overall votes cast despite the pandemic. But the celebration of democracy wasn’t just a pro forma bit of patriotism. It was a message about Trump’s threats to try to overturn the election.

“Here, the people rule,” Biden said. “Power can’t be taken or asserted. It flows from the people. It’s their will that determines who will be the president of the United States and their will alone.”

Unlike Trump, Biden was careful to stick to the facts, saying “I’m not here to declare that we have won. But I’m here to report, when the count is finished, we believe we will be the winners.” He went on to point out that his winning margin in Wisconsin is “virtually the same” as Trump’s 2016 margin in the state, while his current—and presumed to be still growing—lead in Michigan is “substantially bigger” than Trump’s 2016 margin. Biden also said he feels “very good” about Pennsylvania, and cited flips in Arizona and the second district of Nebraska.

“Of special significance to me is that we’ve won the majority of the American people and every indication is that that majority will grow,” Biden continued, pointing to a popular vote lead of three million and growing. “Indeed, Sen. Harris and I are on track to win more votes than any ticket in the history of this country.”

Again, he was celebrating democracy—and pointing to the legitimacy of his lead by way of a warning to those who hope to overturn the vote, be they official Republican partisans or federal judges (or justices) acting as partisans. “Every vote must be counted,” he emphasized, at a moment when his opponent is trying to prevent exactly that from happening.

Tune in as I address the nation on the state of the race. https://t.co/00QtuYAiI7