If Joe Biden prevails, he will have done so in spite of a rampant GOP disinformation campaign 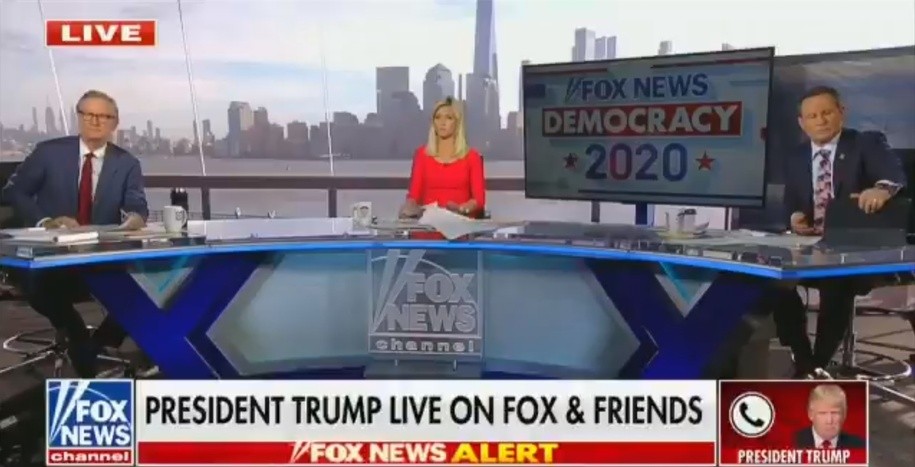 As Democrats try to make sense of a disappointing election night, one stubborn fact that has become clearer than ever is just how broad and deep the conservative disinformation machine is.

“This won’t be a popular take, probably, but: if Biden wins, it will be an achievement,” writer Elon Green observed Wednesday morning. “The campaign will have (barely) overcome the most sustained assault on voting rights in recent memory and the largest disinformation operation—conservative media—in American history.”

With more than 2,500 retweets and counting, Green’s observation was actually more popular than he originally thought. And as he noted in a later tweet, it’s so much more than just Fox News—it’s talk radio, Sinclair Broadcasting Group’s several hundred stations, Facebook, and even the YouTube rabbit hole that’s delivered plenty of QAnon followers. As Green observed, “It’s millions of thumbs on a single scale.”

Indeed, which has left fact-based reality fighting for survival and the universe of readers here at Daily Kos live in under siege on an asymmetrical battlefield.

Over at Fox News, for instance, Trump’s patently false attempt to declare himself the winner around 2 AM Wednesday got a very sympathetic audience. “Other than Chris Wallace who rebuked speech and called it flammable, Fox News anchors aggressively carrying water for Trump speech; they say he was being forceful and nothing inappropriate about it,” tweeted Media Matters for America’s Angelo Carusone.

Fox likewise sent out a news alert promoting Trump’s view that the election was being stolen. “Trump, at White House, suggests ‘very sad group of people’ trying to ‘disenfranchise’ voters in presidential race,” read the alert.

But that’s mild compared to the garbage being spewed in other right-wing media. On Wednesday afternoon, conspiracy theorist Alex Jones started encouraging his viewers to simply take matters into their own hands.

Alex Jones tells his supporters to “stake out” places where votes are being counted and “follow folks around” “This is coming down to just us doing it” https://t.co/rjkwGAAMB4

The functionality of our democracy depends on give and take over a set of universally accepted facts. That foundation was a lot easier to achieve when nearly everyone could get a 25-cent newspaper to read alongside their $1 cup of coffee. But the homogeneity of that news coverage also cut out entire segments of the population. So this is the struggle we are now in—two very different worlds competing for ownership over reality.