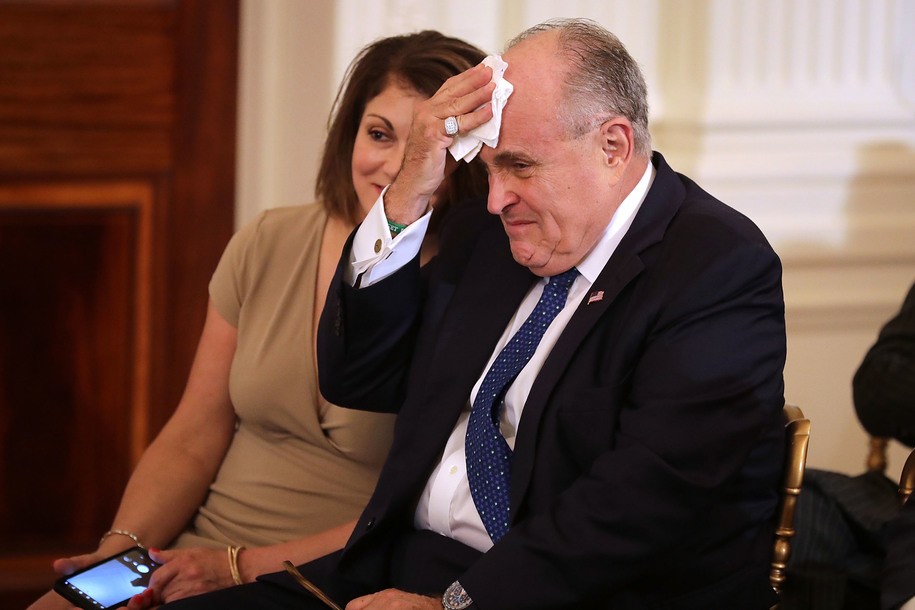 In a matter of several years, Rudy Giuliani has gone from being America’s mayor to the serial butt of its jokes. That’s what makes him the perfect figurehead of Donald Trump’s farcical multi-pronged legal effort to claw back the will of The People and invalidate enough legally cast votes so that Trump can retain the presidency.

Rudy, more plugged into Ukrainian corruption than U.S. election law, is no James Baker, the attorney who led the successful legal bid by the George W. Bush campaign in 2000 to end the Florida recount and claim the presidency for the GOP. Team Trump had hoped for a Baker-like figure but has instead rolled out Giuliani, partisan hack Pam Bondi, and a handful of other miscreants willing to jump aboard the Trumptanic right as it’s hitting the iceberg. Trump’s low-caliber team is also a sign that every conservative attorney who has a reputation worth preserving for a post-Trump era is steering clear of this legal dumpster fire.

“We never said don’t count the votes,” Mr. Baker added, calling it an indefensible position in a democracy.

Another aspect that makes this wildly different from 2000 is the fact that Trump would have to prevail in multiple lawsuits instead of just one. So even if he were to prevail in Pennsylvania, for example, and stop the count there, he would also have to deploy some pretty fancy legal jiu-jitsu to turn back the counts in Michigan and Wisconsin while also winning other cases he dreams up in Georgia and Nevada.

Instead, so far, all we’ve seen is a lot of posturing by subpar legal talents, blindfolded and wildly swatting at a hollowed-out piñata.