Friday Night Owls: Exit polls show most people want climate action. Why did so many vote for Trump? 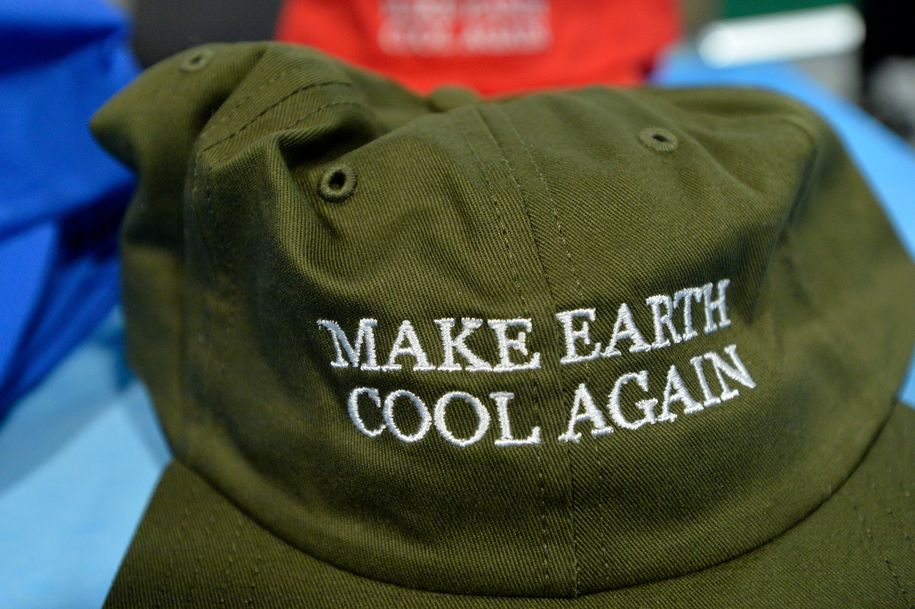 Kate Aronoff at The New Republic writes—Voters Said They’re Worried About the Climate. Many Voted for Trump Anyway:

Early Tuesday night, Fox News gave Democratic viewers rare cause for optimism. Exit polls, the network reported, had found that 70 percent of voters support increased government spending on green and renewable energy. Seventy-two percent were somewhat or very concerned about the effects of climate change. It tracked with polling done just before Election Day, which found that the more ambitious green planks of Joe Biden’s platform, put there thanks in large part to pressure from his left, are broadly popular. The numbers were particularly notable for being publicized on Fox News, renowned home of climate denial. But they raised a more important question, too: If such commanding majorities in the country support big, progressive policies, then why don’t we have them yet? And why do politicians who support them struggle?

The disconnect between popular opinion and public policy on this subject isn’t surprising. The same organizations and think tanks that have spent decades spreading climate denial also worked to insulate their corporate funders from democratic majorities. After the New Deal worked to constrain them and brought Democrats big electoral wins, wealthy men set about preventing a recurrence, making their power invulnerable to popular will through voter suppression, stacked courts, trade deals, and gerrymandered congressional districts. Because telling people you want to suppress their voice has never been terribly popular, gaining electoral power involved both crushing democratic institutions like unions—through mass firings, for instance—and playing up the country’s ugliest heritage, to divide groups that might otherwise band together as a majority to fight off plutocratic rule. White supremacy has been particularly useful in fracturing coalitions demanding a more egalitarian society. And in an apartheid state whose constitution was written by and for slaveowners, those looking to exploit racism for profit had a lot of material to work with.

Elites hoping for a bulwark against democracy built and commandeered whole media outlets like the National Review and Fox News and academic departments like the University of Virginia’s economics program. Professors and pundits insisted to the public that slashing corporate taxes and entitlement programs would be good for the economy, that freedom meant free markets, that fighting crime meant terrorizing Black and brown communities, and that climate change was a matter of scientific debate. It may have taken a few decades and failed presidential bids, but that phenomenally well-funded effort has been hugely successful, not just at winning power but in changing what constitutes common sense for politicians on both sides of the aisle. Captains of industry may now find Trump a bit unseemly, but they built his presidency all the same. […]

“Not every election will be so filled with venom, misinformation, resentments, and outside interference as this one was. Solutions are going to matter again in politics.”           ~~Hillary Rodham Clinton. What Happened (2017)

OMG. 😂😂😂 I’ll have something snarky to say about this as soon as I stop laughing long enough to catch my breath. https://t.co/lgpM9XNe8E

At Daily Kos on this date in 2008—Mitt Romney maintains self-imposed gag order until the bitter end:

Romney hasn’t taken a question from his traveling press pool since late September and unless you count his sit-down with Chris Berman on Monday Night Football as an interview, he hasn’t done an interview with any independent media outlet since Oct. 12. And that interview was with Newsmax.

As desperate as Romney is to reach voters, you’d think he’d be accepting every interview invitation he could possibly get. The only problem is that if he did that, he’d have to defend his deceptive television ads and dishonest debate performances. If Mitt Romney thought he could handle the interviews, there’s no doubt he’d be out there as close to 24×7 as possible. And the fact that he’s not doing that is a pretty good indication that he understands his campaign is a fraud.