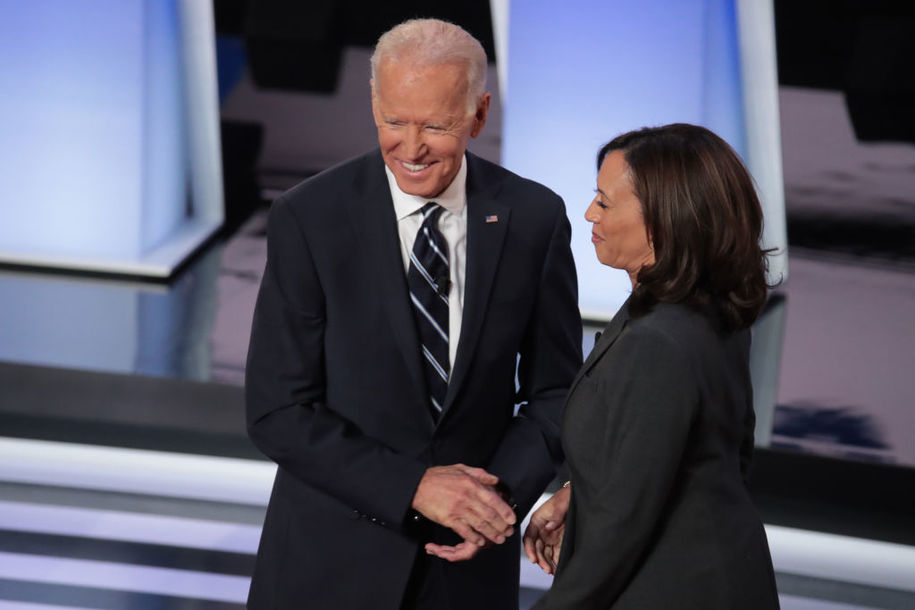 It may seem like something out of the murky mists of time at this point, but there really was a point when America was not just respected around the planet, but where America’s leadership on everything from improving the environment to supporting human rights was cheered. But after four years of … what was that guy’s name again? You know the one. The guy who did all his diplomacy based on who gave him “the most beautiful card.” The guy who seriously threatened a critical military alliance because he thought people were being mean to him at dinner. The one who pushed his way into the middle of a group photo, because he always thought he was supposed to be front an center of every picture. That guy.

Anyway, no matter who that other guy was, Joe Biden is now president-elect. And congratulations are pouring in around the world from leaders eager to resume good relations with a good nation.

Congratulations, @JoeBiden and @KamalaHarris. Our two countries are close friends, partners, and allies. We share a relationship that’s unique on the world stage. I’m really looking forward to working together and building on that with you both.

This one has to sting for … oh, you know, that guy.

So should this one from the Prime Minister of India.

Heartiest congratulations @KamalaHarris! Your success is pathbreaking, and a matter of immense pride not just for your chittis, but also for all Indian-Americans. I am confident that the vibrant India-US ties will get even stronger with your support and leadership.

I want to congratulate the new President Elect of the USA @JoeBiden Joe Biden has been a true friend of this nation throughout his life and I look forward to working with him in the years ahead. I also look forward to welcoming him back home when the circumstances allow! 🇮🇪 🇺🇸

Trump’s defeat can be the beginning of the end of the triumph of far-right populisms also in Europe. Thank you, Joe. pic.twitter.com/wm6Skj3ZDF

The Americans have chosen their President. Congratulations @JoeBiden and @KamalaHarris! We have a lot to do to overcome today’s challenges. Let’s work together!

Congratulations to US President-Elect @JoeBiden. Joe Biden has been a true friend of Greece and I’m certain that under his presidency the relationship between our countries will grow even stronger. 🇬🇷🇺🇸

The mayor of Paris welcomes back America,

On behalf of all Zimbabweans, a huge congratulations to President Elect @JoeBiden on his election victory. Zimbabwe wishes you every successes in leading the American people. I look forward to working with you to increase cooperation between our two nations.

The prime minister of Fiji has his eye on the most important issues, and is anxious to see the return of U.S. leadership instead of angry isolation.

Congratulations, @JoeBiden. Together, we have a planet to save from a #ClimateEmergency and a global economy to build back better from #COVID19. Now, more than ever, we need the USA at the helm of these multilateral efforts (and back in the #ParisAgreement — ASAP!) pic.twitter.com/mhX9HWR5HI

Congratulations to President Elect @JoeBiden. We look forward to working with the new #USA Administration to reinforce transatlantic relations and cooperate on global issues, such as climate change, defense of democracy and international security.

Congratulations @JoeBiden with your election as 46th President of the United States. A record number of people have cast their vote in this election. This illustrates the vibrancy of the American political life and its democracy.

Congratulations to the American people and institutions for an outstanding turnout of democratic vitality. We are ready to work with the President-elect @JoeBiden to make the transatlantic relationship stronger. The US can count on Italy as a solid Ally and a strategic partner

Congratulations to @JoeBiden, the new President-elect of the United States. Europe and the United States share a system of values – values that we stand up for together. Looking forward to our future cooperation!

My warmest congratulations to @JoeBiden and @KamalaHarris. Looking forward to strengthening excellent US-Swedish relations and to work jointly for multilateralism, democracy and global security. Together, we can lead a green transition creating jobs for the future.

Ahem … President of Ukraine. Maybe Biden could make this his first overseas stop, just for fun.

Congratulations to @JoeBiden @KamalaHarris! #Ukraine is optimistic about the future of the strategic partnership with the #UnitedStates. 🇺🇦 and 🇺🇸 have always collaborated on security, trade, investment, democracy, fight against corruption. Our friendship becomes only stronger!

Of course, not every message is so welcoming.