Suffering a stinging defeat, Trump fumes right as Democrats rev up to retake the Senate 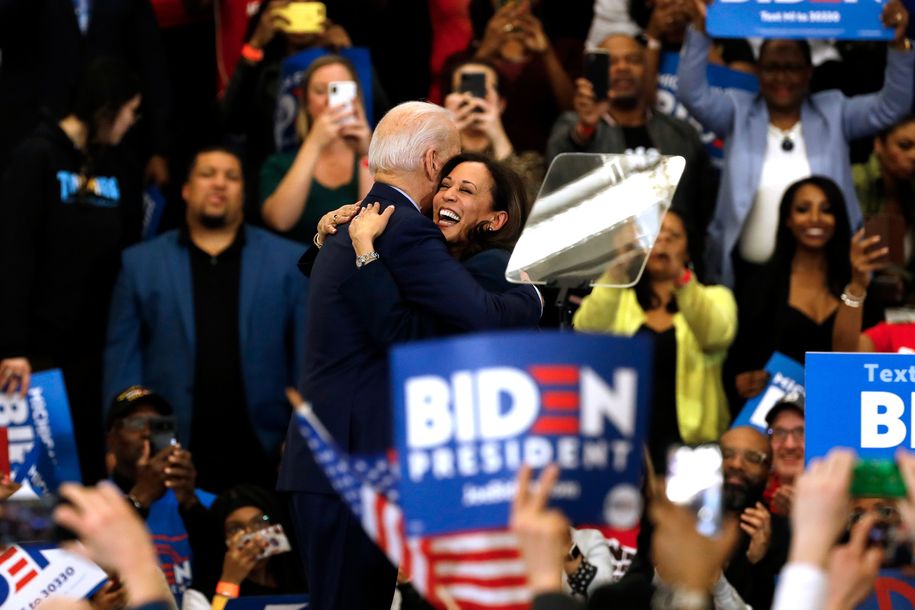 As Donald Trump watched the life drain out of his presidency on Thursday, he decided it was time to torch democracy altogether while he still had a platform and before it became abundantly clear that his Democratic rival Joe Biden was headed for victory.

Trump slammed “a corrupt system” with the media’s “suppression” polls and Democrats “trying to steal an election.” He had won every key state, Trump asserted, including Michigan, Wisconsin, Pennsylvania, and Georgia—”by a lot”—until his leads all “got whittled away” by manufactured votes.

Trump spared nothing and no one, but the main object of his loathing was an entire political structure that was rotten, top to bottom. He seethed with disgust at the injustices taking place.

“We’re hearing stories that are horror stories—absolute horror stories. And we can’t let that happen to the United States of America,” Trump said. “We can’t be disgraced by having something like this happen.”

For months, Trump had been grooming his cultists for the moment when he would declare a massive fraud had been perpetrated on the American people because it was the only way Democrats could win. They drank it all in. It became part of their DNA. Conservative commentator and anti-Trumper Charlie Sykes repeatedly warned that Trump supporters overwhelmingly believed he would win reelection. They were certain of it, and they would be shocked if the race ultimately went the other way.

The weekend before the election, The Washington Post‘s Philip Bump went to Scranton to interview both Biden and Trump supporters and size up the campaigns’ GOTV operations. Parroting Trump’s lies, 48-year-old Trump supporter Wendy Ross told Bump, “I think Trump is going to win unless there’s election fraud. God, I’m hoping not. I think that’s on everybody’s mind.” Winning wasn’t a problem so long as Democrats didn’t steal the election. “That’s the only thing that we’re worried about, is election fraud,” Ross added, “I just think Democrats are going to try to pull something just to get in.”

At this very moment, all across the country, somewhere close to 48% of the population that voted for Trump just watched the predictions he foretold come true, or so they think. Democrats, in their view, employed corrupt tactics to bend a rigged political system their way and disenfranchise the will of The People. And Trump even confirmed it in a grievance dispatch straight from the White House.

That must be especially disheartening to Trump voters in Georgia, who turned out in historic numbers only to watch their votes evaporate into what appears to be the first Democratic presidential victory in the Peach State since 1992.

And yet, having just lost the presidency, those very same GOP voters are going to be asked to turn back around in two months and save the Senate majority by placing their faith in the same system they think betrayed them. This time around, however, Trump won’t be on the ballot. In fact, he may not even campaign for the two Republican senators trying to save their seats

It remains to be seen how Trump will handle this crushing blow to his ego, particularly as the center of the media universe quickly shifts to the Biden-Harris transition. Trump surely won’t be graceful, but his paper-tiger grousing will soon be dismissed as little more than the amusing antics of a sore loser. But in terms of the Senate races, the question is whether he will be consumed by a scorched-earth campaign of maximal destruction or, rather, crave the spotlight so badly he decides a few campaign rallies in Georgia wouldn’t be all bad. What else does he have to do besides watch Fox News, where coverage will increasingly be devoted to the Biden transition?

Universally speaking, no Americans wanted to come straight off an election only to head straight back into one where the stakes will be so high. But Democrats just logged a huge win despite the fact that it wasn’t the blue-wave repudiation of Trumpism we had all been dreaming of. We achieved the historic elevation of the first woman and first woman of color to the vice presidency—that alone feels so sweet, particularly given the racist, misogynist vitriol Trump has been mainstreaming for the past four years from the most powerful perch in the land.

We clawed back the Upper Midwestern states that had been a Democratic bulwark for decades before 2016. We likely flipped not just one, but two critical Sunbelt states on the electoral map: Georgia and Arizona. That’s huge. As one pundit recently pointed out (unclear who, it’s all a blur), once the evolution from red to blue begins in these states with rapidly growing metro areas like Atlanta, it’s swift. Virginia, for instance, moved from red to purple to pretty solidly blue all within a few election cycles. The gravitational pull of the dense urban areas and surrounding suburbs—which are increasingly voting blue—ends up dictating the direction of the state.

But most importantly, in one of the most rancorous and polarized political environments in American history, we defeated a fascist regime with a pervasive state-run propaganda machine. That’s a whopper achievement, especially given the fact that only three duly elected incumbent presidents have been defeated in the past century: Herbert Hoover, Jimmy Carter, and George H.W. Bush. Incumbency is powerful, and we have ripped that power from the hands of a man who was otherwise destined to destroy the entire American enterprise.

We should be incredibly proud. It wasn’t easy work, and it’s been a solid four years in the making. The sustained organizing that resulted in the massive blue wave of 2018 teed up Democratic success in 2020. In the midterms, we not only ensured a Democratically controlled House would end the GOP’s stranglehold on the federal government, we also restored Democratic leadership to three states—Michigan, Wisconsin, and Pennsylvania—that proved absolutely critical to our victory on Tuesday.

But our work is not done. Facing down the fascist impulses of a nation going through an historic demographic shift was never going to be a short-term project. To give the Biden administration the tools it needs to right the course of this country, we must take back a majority in the U.S. Senate in the two Georgia runoff races that will take place in January. Elevating Democrats Raphael Warnock and Jon Ossoff to the Senate is critical, and we have the momentum, the drive, and clear-eyed motivation to get it done.

So take a moment to breathe and do what you need to do, whether that’s mourning what’s been lost along the way or raising a glass and hugging your loved ones. And then let’s get back to those Senate races with the full force of our convictions and the knowledge that these are truly winnable seats. Whatever Trump does, we can be assured that Joe Biden and Kamala Harris know what’s at stake and will be doing everything in their power to bring those seats home.

Finally, in honor of this history-making day, I leave you with a quote I both adore and live by from the great Audre Lorde:

This is why the work is so important. Its power doesn’t lie in the me that lives in the words as much as in the heart’s blood pumping behind the eye that is reading, the muscle behind the desire that is sparked by the word—hope as a living state that propels us, open-eyed and fearful, into all the battles of our lives. And some of those battles we do not win. But some of them we do.