Abbreviated pundit roundup: In wake of historic loss, Trump continues his attacks on our democracy 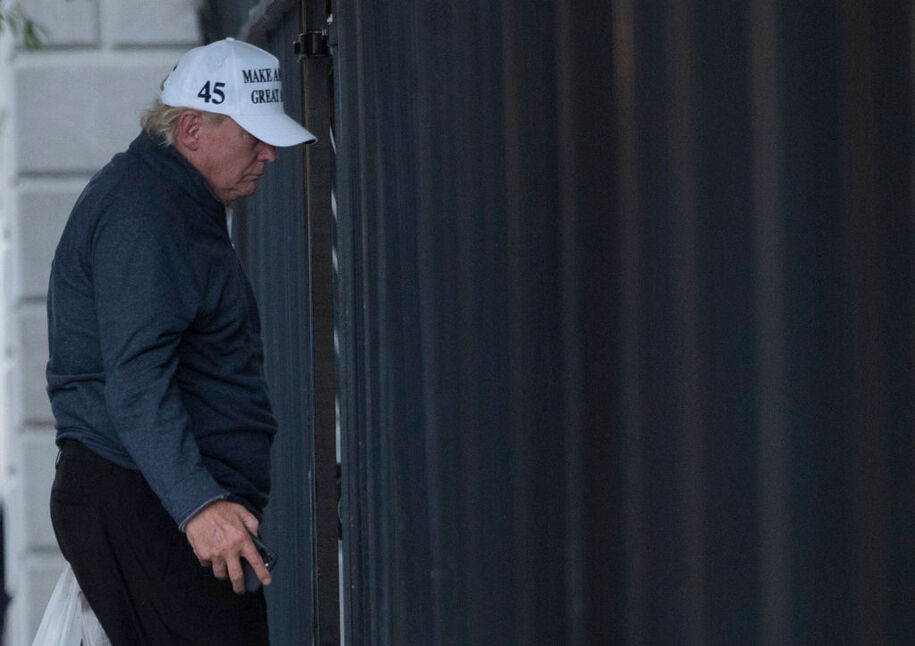 We begin today’s roundup with analysis of the Donald Trump’s refusal to concede and the GOP’s aiding of his dangerous attack on our democracy. First up, The Washington Post:

So-called leaders of the Republican Party, for four years the enablers of Mr. Trump’s erosion of constitutional norms, are now enabling his dishonest slander against American democracy itself. […]

Mr. Trump and his enablers are fueling fever dreams among Trump supporters on social media — that ballot-counting software secretly switched massive numbers of votes to Mr. Biden, or that Philadelphia vote counters tainted the tally beyond the view of election observers, or that the Supreme Court will throw out so many ballots that the president will still prevail. These are fantasies, but they are still dangerous. The phony narrative of a stolen election will harm Mr. Biden’s effort to reunify and govern the nation, as it tarnishes the United States’ — and democracy’s — reputation around the world.

So this will be President Trump’s parting gift to the nation: He is deliberately sabotaging the national security of the United States.

His refusal to accept the results, even though it wasn’t a particularly close election, has taken an insidious new turn now that his political appointee in charge of authorizing the start of the Biden transition is refusing to give the okay. The delay undercuts all aspects of government’s functioning and leaves the country needlessly vulnerable to security threats.

David Graham at The Atlantic:

One Republican refrain now is that the declaration of Biden’s victory is a media creation and not an official one, which is true. Real deadlines loom ahead: States will begin certifying election results, and on December 14 the Electoral College will meet. At some point, most of these people will have to bend to reality. Maybe not the president, though. If one lesson of the past four years is that it’s no fun to be a Republican on Trump’s bad side, another one is that anyone waiting for Trump to acknowledge reality could be waiting forever.

At The Week, Damon Linker writes that just because it  doesn’t matter if Trump never concedes, we should still be outraged at what’s happening:

Trump’s refusal to concede could nonetheless plant seeds of a future in which such processes of transitions are far from inevitable. If he begins to travel the country over the coming weeks, holding rallies during which he spreads the lie of a stolen election to cheering throngs of supporters, that could do even greater damage. That’s because words matter in democratic politics. By casting doubt on the legitimacy of the Nov. 3 election, Trump conveys the message to his most devoted followers that the political system of the United States is fundamentally rigged against them. And by implying that Philadelphia, with its large Black population, is the primary source of the fraud that will deny them their rightful political power, he interweaves a story of injustice and grievance with outright racism.

On a final note, let’s not also forget that Obamacare is at the Supreme Court today. Here’s analysis from Abbe Gluck, writing at The Washington Post:

Today, the newly constituted Supreme Court will hear a challenge to the Affordable Care Act — the seventh in eight years. It is the most challenged statute in modern American history. In addition to the Supreme Court cases, there have been more than 1,700 cases in the lower courts; Republicans in Congress have tried more than 70 times to repeal it; the Trump administration has engaged in an unprecedented array of executive actions to undermine the insurance markets and financially starve the law; red states rebelled against it from the day it was passed; and state initiatives have been enacted by supporters to force states to effectuate it.

And still the Affordable Care Act, which may be the most resilientstatute in American history, has done more than survive: It has transformed our health care system and the way Americans think about their right to care. Even prominent Republicans like Eric Cantor, the former House majority leader, have concluded that we cannot go back to the era before the law, when millions fewer people had access. Yet here we are again, at the Supreme Court, for a case so weak that even many conservative legal scholars who oppose the law also oppose the lawsuit.