How to win again in Georgia? Listen to the Black leaders who got us to the dance in the first place 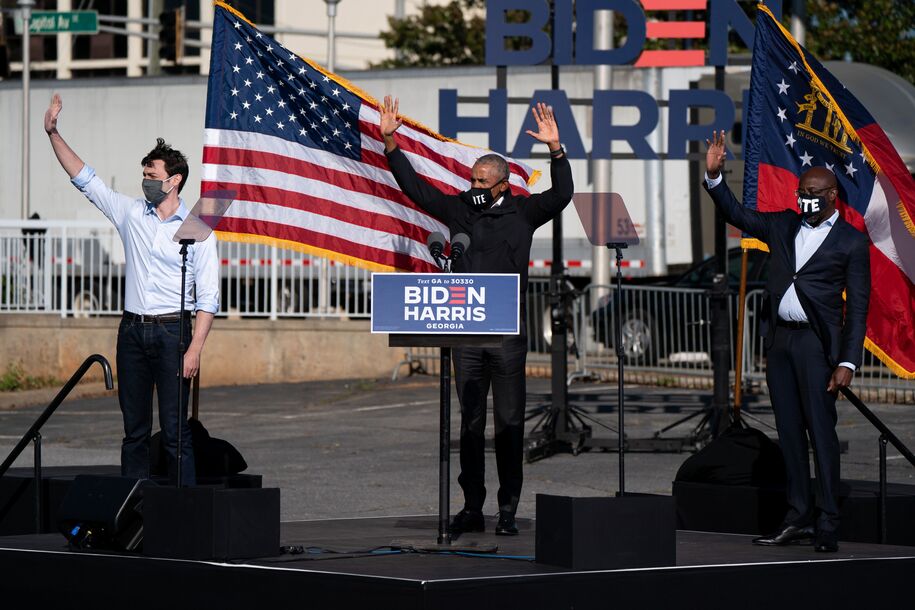 Here’s what the Democratic Party needs to do in the next two months in Georgia to get Rev. Raphael Warnock and Jon Ossoff into the Senate: Whatever the existing coalition of Black organizations tells it to do. That includes the Georgia Coalition for the People’s Agenda, which opened seven offices in the state to mobilize Black voters; Stacey Abrams’ Fair Fight; Black Voters Matter; the New Georgia Project; and even a campaign started in Atlanta strip clubs called “Get Your Booty to the Poll.”

Right now, the Atlanta Journal Constitution reports, 87% of Black voters in Georgia supported Joe Biden, more than any other racial group and essential to his lead in the state. “Black people saved America from Jefferson Davis and now Donald Trump,” civil rights activist Jesse Jackson told the paper. “We put in a lot of hard work and that hard work is reaping the rewards,” said John Jackson, the first Black chairman of the DeKalb County Democratic Party. “Georgia cannot flip without a reasonable turnout from the Black community.” The coalition did that. They mobilized the Black vote to get Warnock and Ossoff into the senatorial runoffs, reelected Rep. Lucy McBath, and elected a Black woman, Nikema Williams, to succeed Rep. John Lewis. “Black voters have seen their power in this election,” Williams said. “Once the final votes are tallied, the world will see that power. Black people have always wanted to be engaged in the process.”

They’ve energized an activist team that flipped Georgia. Abrams’ group alone registered 200,000 new voters in the past two years. The People’s Agenda, under the leadership of Helen Butler—who runs the organization, which was founded by the late civil rights icon Rev. Joseph Lowry—made more than 1 million phone calls and text messages to potential voters. They held candidate forums around the state, sent out election mailers, trained more than 1,300 people, and literally got people to the polls by giving them rides. “Black voters showed up, stood in line and were committed to making sure their voices were heard,” Butler said. “They were willing to exercise those rights.”

“COVID has really highlighted how all of this is connected to their everyday lives and what it means not to have benefits or be able to work,” Butler said. “Not getting relief programs, not having a plan for mitigating COVID so they can get back to their normal lives, it brought home what public policy and what elected officials do to their everyday lives.” This is one of the most salient arguments Ossoff and Warnock can make. The Senate under Mitch McConnell, with the full participation of Georgia Republicans Kelly Loeffler and David Perdue, continues to take up substantive pandemic relief bills. McConnell has been sitting on that relief since May 15 when the House passed the HEROES Act, and he’s not going to let Biden save the day next year if he remains in control of the Senate.

But activists on the ground in Georgia don’t need any more firing up. They’re there. Like Mary-Pat Hector, a graduate student at Georgia State University. “We just continued to do the work,” even though conventional wisdom said flipping the state was unlikely. “We refused to leave any votes on the table.” Now, she says, she hasn’t done graduate homework for months. “But we have a runoff coming,” she said. “Now we need to figure out how to keep this momentum going through Jan. 5.”

The Georgia runoff is Jan. 5. Request an absentee ballot by Nov. 18. Early in-person voting starts Dec. 14. And REGISTER TO VOTE here by Dec. 7.