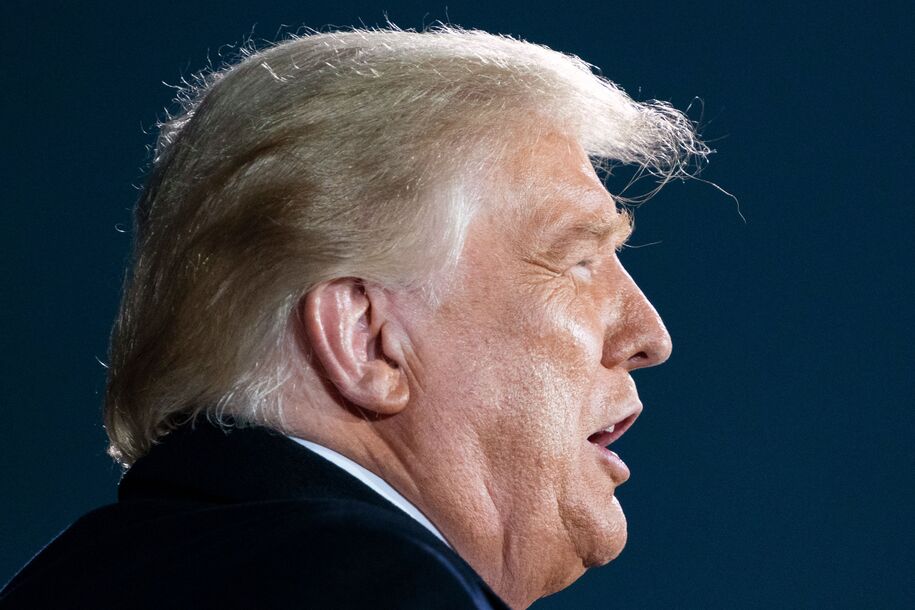 Two-time popular vote-losing impeached lame duck Donald Trump is getting nowhere with his legal efforts to fight his election loss. To call his claims “specious” is an understatement. Ridiculous, laughable, unserious, corrupt—there are hardly enough words to describe what he’s trying to do. To their credit, the traditional media is saying so. The AP says so.

“The U.S. presidential election was not tainted by widespread voter fraud or irregularities in how ballots were counted, despite a huge effort by President Donald Trump to prove otherwise,” AP declares. The New York Times talked to election officials in every state and in every state were told there was no election fraud. “Election officials in dozens of states representing both political parties said that there was no evidence that fraud or other irregularities played a role in the outcome of the presidential race, amounting to a forceful rebuke of President Trump’s portrait of a fraudulent election,” the Times reports.

Even in Georgia, where harassment from Republican senators has forced the Republican secretary of state, Brad Raffensperger, to declare a recount, there was no fraud—no whiff of it. Before he caved, he called Kelly Loeffler and David Perdue’s charges that the count wasn’t transparent and could be fraudulent “laughable.” In a statement before the caving, he said: “We were literally putting releases of results up at a minimum hourly. […] I and my office have been holding daily or twice-daily briefings for the press to walk them through all the numbers. So that particular charge is laughable.” Any irregularities, he said, were not a threat to the outcome of the election. Yet the ridiculous charges continue.

That’s because this is what Trump does, explains ABC News, which is also jumping onto the “there is no fraud” bandwagon. “There is no truth to the claims that there was widespread voter fraud in the election, yet the Trump campaign and the Republican National Committee are pursuing lawsuits in several states claiming that there was,” ABC says. “This is not the first time Trump has made claims about election fraud when the results do not please him. It has been a part of his playbook for years—long before he entered politics.

“This time, the president is taking his claims through the legal system with no evidence to back them up,” ABC concludes. “Meanwhile, the campaign is continuing to raise money for the battles, as it’s clear the president isn’t willing to give up quickly.” Yeah, the money is playing a huge role here at this point. Because the legal challenges truly do have no evidence. And Trump’s lawyers have to keep going before judges and admitting so. Like in Pennsylvania, where in one of their countless challenges the judge had had enough.

This thread from Reuters reporter Brad Heath details that hilariously, with a look at 234 pages of affidavits from Republican poll watchers in Detroit (Biden leads by nearly 149,000 votes in Michigan). It’s 234 pages of conspiracy theory. “EVERY single one of the lawyers/law student that I talked to was ideologically far-left,” one said. Another said, “I can estimate that at least 80% of the military ballots I saw were straight ticket democrat [sic] or simply had Joe Biden’s name filled in on them.” That can’t be, this person said, because “I had always been told that military personnel tended to be more conservative.” There was a “pattern of intimidation, secrecy, and hostility by the poll workers,” one said. That could probably be explained by another GOP observers complaint: “I was told by election workers to back away from the table and stay six feet away from the table. I was able to move closer at times, but was told to stay six feet away.” Yeah, Republicans crowding in and violating COVID-19 restrictions could create some hostility. And the paranoia. One said “two large men” watched them all night, and it was “obvious a coordinated and organized system of challenger intimidation was implemented.” Another one experienced “intimidation” because some of the ballot counters were “wearing BLM face masks” and also “another man of intimidating size with a BLM shirt on.” They are all snowflakes. And not a one of them had any evidence of anything approaching fraud.

This is all ridiculous and hilarious except for the part where it’s really fucking dangerous for the country. It’s casting the the sanctity of our elections into doubt with millions of Trump voters. It could stoke violence, and it will definitely result in a huge bloc of Americans once again believing the Democrat president is not legitimate. As elections law guru Rich Hasen writes, “what Trump and his team are doing now is corrosive to democracy, which depends on the losers accepting results as legitimate. The danger,” he says, “is less about whether Biden takes office in January and more about whether the American people will keep believing that this is a country that can settle its disagreements peacefully and through a legal process.”

The traditional media—five years too late—gets that and is finally doing its job reporting on Trump and the danger he’s posing. It would be really good if Democratic leaders and all the past presidents and vice presidents did the same thing. Trump’s gambit has to be condemned roundly and repeatedly and called the disgrace that it is.