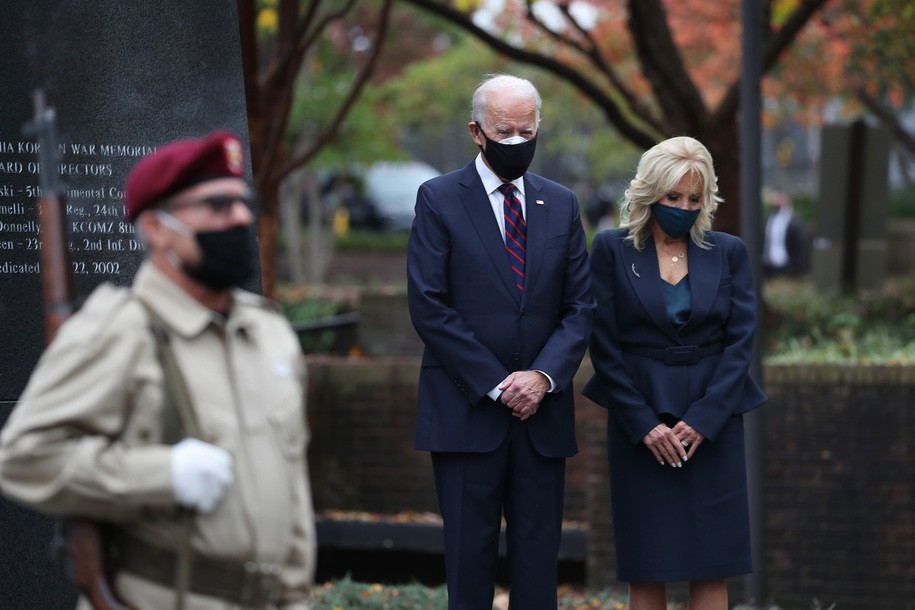 While the 2020 exit polls have not yet been finalized, we can already say with certainty that Americans who have served in the military shifted their political preferences dramatically over the last four years. In 2016, voters who served in the armed forces supported Donald Trump by a wide 60-34 margin, but preliminary data from this year shows that this same group gave Trump a much narrower 54-44 edge. In all, that’s a 16-point swing—far wider than the national shift in the popular vote over the same timespan.

The reasons for this surge are many. One preelection poll found, for instance, that active-duty service members took dim views of Trump’s dismissive approach to reports that the Russian government placed bounties on the heads of American troops in Afghanistan. These same respondents disagreed even more sharply with Trump’s desire to send the military into American cities during protests against police violence targeting Black people this summer.

Trump’s animosity toward those who’ve served in uniform, of course, is longstanding. From obtaining a bogus draft deferment for alleged “bone spurs” to calling his effort to avoid sexually transmitted diseases “my personal Vietnam” to smearing the late Sen. John McCain by saying “I like people who weren’t captured,” he has never tried to hide his disgust for those who would sacrifice for this country. That he’s engendered a hostile response is no surprise.

But it’s not only about Trump. Our military is more ethnically and racially diverse than ever before—more diverse, in fact, than the country as a whole—and the share of women serving has soared. Service members are all too often stereotyped and misunderstood as uniformly hawkish and conservative, but this election should shatter those preconceptions.

What matters most now is that the Democratic Party capitalize on this success. Organizations like VoteVets and National Security Leaders for Biden have played a crucial role in this transformation, but Democrats can’t declare “mission accomplished” and move on. Veterans, according to the exit polling, made up 15% of the electorate this year. They’re a group too large and too important to only court every four years.

Politically, Democrats will benefit if more and more members of the armed forces and their families trust the party. But the country would benefit, too, if our military also reflected our nation’s political diversity, which is why this work must continue.