Abbreviated Pundit Roundup: The slow collapse of the Trump autogolpe 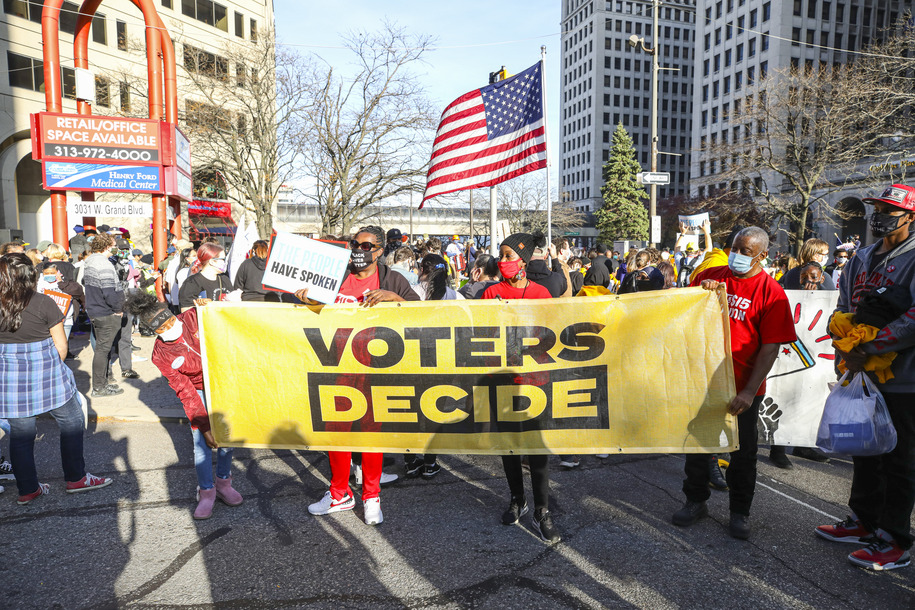 An autogolpe is a “a form of putsch or coup d’état in which a nation’s leader, despite having come to power through legal means, dissolves or renders powerless the national legislature and unlawfully assumes extraordinary powers not granted under normal circumstances.”

President Trump lost. The nation knows it. The world knows it. And, although he won’t admit it, he certainly knows it, too.

But because he is claiming otherwise — with his Republican enablers joining the chorus — this past week has presented the reality-based press with a strange and extremely important challenge.

How do you cover something that, at worst, lays the groundwork for a coup attempt and, at best, represents a brazen lie that could be deeply damaging to American democracy?

And no indication the president is the least bit interested in looking up from his own fantasies & grievances to do anything about it, or that any Congressional Republican is pressuring him to do so. Total abandonment of American people at a moment of crisis. AWOL under fire. https://t.co/2q2fJjUcZs

If you think distributing vaccine will be easy, watch how difficult it s to distribute a playstation 5 (and at room temperature, at that).

How Biden swung the religious vote

Trump’s team thought religious-minded voters would save him in key states. They now appear to have turned away just enough for him to lose.

For months, President Donald Trump’s top aides and religious allies dismissed his softening support with white evangelicals and Catholic voters as a polling fluke — another media-spun narrative intended to frighten the incumbent Republican and his top donors. No president had ever done more for these demographics, they claimed, pointing to the unfettered access many conservative Christian groups had to the Trump administration and the influence they wielded over policy priorities and judicial nominees.

“You can look at the polls but at the end of the day, the president will perform very well with Catholic voters because he has delivered for them in so many ways,” senior Trump campaign adviser Mercedes Schlapp, a Catholic herself, said in an interview just days before the election.

In the end, surveys of early voters and exit polls showed they may have been the difference in his loss.

Between 47 percent and 50 percent of Catholic voters supported Trump — a small decline from 2016, but enough to cost him the Rust Belt states that mattered most to his path to victory. Nationally, the president carried white Catholics by a 15-point margin, according to AP/VoteCast data, marking a significant decline from his 33-point margin of victory over Hillary Clinton four years ago.

Four years ago, Trump won the presidency on the margin of three states—Michigan, Wisconsin and Pennsylvania—by a combined 77,744 votes. It was, to use poker terminology, an “inside straight,” the sort of hand that seemingly comes together more by luck than by skill.

The story isn’t that Trump’s luck appears to have run out. The story is that Biden is poised to beat him with the same exact hand.

Kind of funny how Dems are the ones who are supposed to “reform their strategy” when we’re the ones who got the highest % of the vote against an incumbent since 1932 and flipped states we haven’t won on a Prez level since the 1990s.

A new administration would enlist departments like Transportation, Agriculture and Treasury to advance its climate goals

President-elect Joe Biden is poised to embed action on climate change across the breadth of the federal government, from the departments of Agriculture to Treasury to State — expanding it beyond environmental agencies to speed U.S. efforts to mitigate global warming and to acknowledge that the problem touches many aspects of American life.

The far-reaching strategy is aimed at making significant cuts in greenhouse gas emissions even without congressional action, by maximizing executive authority.

For those of you with the stomach for it, here’s what trump voting late deciders thought:

Okay we are getting started with our focus group. Follow along on this thread.

It seems obvious to me COVID was a net political positive for Biden but maybe just less cut and dry than we initially thought. Some people agree with him but didn’t prioritize it when voting. Other liked his take more than Trump’s but were still nervous about more lockdowns.

Every person here thinks Biden will be inaugurated and the transition of power will be peaceful. They don’t seem to like Trump’s antics but also don’t view it as a very big deal. I think that has been an ongoing problem in opposing Trump.

Trump is now sabotaging the transition. Democrats have a way to fight back.

The election is over: Joe Biden won. Even Karl Rove now admits President Trump’s legal challenges won’t reverse the results. GOP state legislators are leaking word that they won’t facilitate the Hail Mary of appointing a rogue slate of electors in defiance of their state’s popular vote. The claims of fraud are imploding.

Here’s the latest. Emily Murphy, the head of the General Services Administration, still hasn’t signed the official letter that would allow the incoming Biden team to formally begin the transition.

NEW: Using bold letters, CISA (which is part of DHS), says, “there is no evidence that any voting system deleted or lost votes, changed votes, or was in any way compromised.” A full throated response to unverifiable allegations raised by the President and his allies about votes.

Trump’s legal challenges to the election will help Democrats

The lawsuits may prove to be the best way to legitimize President-elect Joe Biden’s victory and draw to a close years of bogus complaints about voter fraud. The lack of merit in the legal complaints means they will be dead on arrival in the courts, and while the resounding rejection of Trump’s fantasies by judges will not persuade his fiercest loyalists, it will prevent conspiracy theories from spreading.

It is also a bad idea, as a general matter, to object to election law litigation: In two years, or four years — and possibly in two months in Georgia — the shoe may be on the other foot. It would look hypocritical to condemn the very idea of challenging an election result now, only to turn around and do so in different (albeit more legitimate) circumstances.

The difference makers for Biden in AZ: seniors. https://t.co/JO4XBkN49S

Joe Biden succeeded in bridging his party’s past and future coalitions—but the challenges of future elections are daunting.

That stark contrast—between Biden’s resounding popular-vote victory and his narrow win in crucial swing states—encapsulates the challenge Democrats will likely face in the coming decade. Biden’s victory underscores how Democrats now represent a larger coalition than Republicans do: It marks the seventh time in the past eight presidential elections that Democrats have won the popular vote, an unprecedented feat since the formation of the modern party system in 1828. But combined with Republican gains in the House of Representatives and Democrats’ inability to win any Senate seats in the states that backed Donald Trump, the close swing-state results illustrate why it may be extremely difficult for that majority coalition to consistently exercise its power in the years ahead.

Cases nationwide are trending up more quickly than at any point in the pandemic. Today’s 7-day average—nearly 130k—is 54k more than two weeks ago, a growth of 71%. pic.twitter.com/S4LUBzWW66