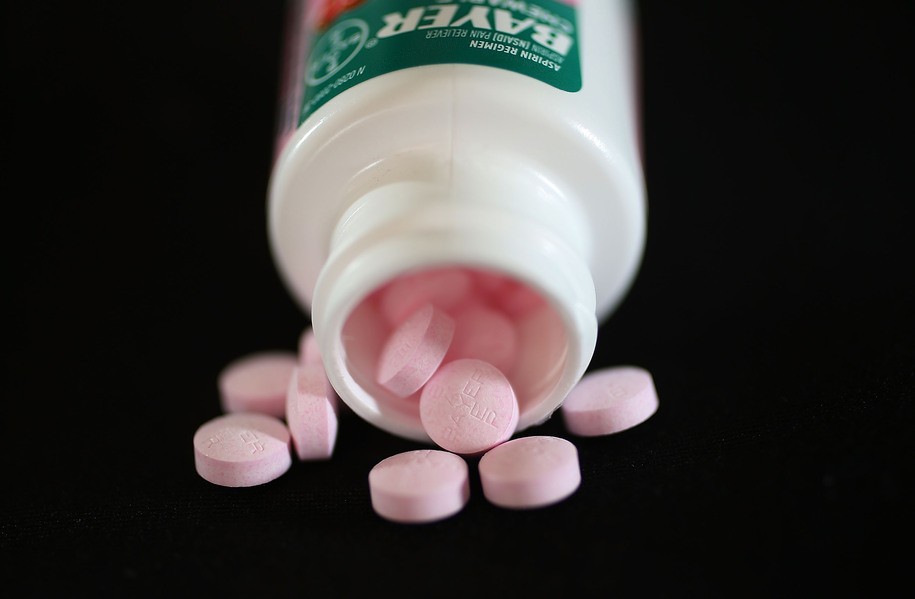 When Pfizer reported the first results out of its phase 3 trials of a COVID-19 vaccine last week, the nation—and world—were rightfully excited. Though the number of people involved was small, and the pool of those reporting was far from as diverse as might be desired, those early results showed an efficacy rate above 90%. Pfizer is expected to report additional data later this month, and we should be just weeks away from hearing similar data from Moderna, AstraZenaca, and Johnson & Johnson.

But even as these very deliberate, controlled, and active tests of vaccines are going on, there is other COVID-19 data emerging. This data comes mostly from questionnaires given to patients who have tested positive for COVID-19. It asks about the habits, health, and actions of these patients in the hopes that data might emerge providing clues about the behavior of a disease that ranges from extremely mild to downright deadly. And, in at least a couple of cases, it seems that data may have pointed to a couple of common treatments as having a potential effect on the severity of infection. Meanwhile, another study shows that asymptomatic carriers of COVID-19 may not be as common as many have believed.

The University of Bristol reports that it has completed an antibody survey of the “Children of the 90s” community spanning just under 5,000 participants. This group represents a number of British families who had—you guessed it—children in the 1990s. Health researchers have been following both the parents and the children through their lives, so they have a great deal of information on both their health history and personal habits. So their COVID-19 data could be particularly telling.

In the latest survey, 4.3% of those tested had developed antibodies to COVID-19. These people were twice as likely to be from the “children” group as the “parents” group. However, even though most of the people who had COVID-19 at some point were under 30—the group generally thought to have the mildest cases of the disease—only about 25% of all participants reported being asymptomatic.

In past results, mostly taken from smaller groups like infected passengers on the ill-fated Diamond Princess cruise ship, about half of all patients were asymptomatic. That number has frequently been used when working out the potential spread of COVID-19. Some researchers and politicians (especially politicians) have even projected much higher numbers of asymptomatic carriers to support specific theories or actions. If only a quarter of COVID-19 patients are asymptomatic, that may mean that the threat represented by asymptomatic carriers is smaller than has been estimated. It would also mean that calculations setting the number of cases far above the number of positive tests based on the idea that many of the infected never developed symptoms could also be way off.

The U.K. is also host to the massive RECOVERY project, a set of interlocking COVID-19 studies that has helped to both show that Trump’s beloved hydroxychloroquine is ineffective, and that the steroid dexamethasone helps patients receiving breathing assistance. On Tuesday, PharmaTimes reported RECOVERY was about to test the efficacy of something else: aspirin.

The idea that aspirin might be helpful against COVID-19 has been debated since very early in the pandemic. Last February, researchers in China announced that they were beginning trials of using aspirin as part of COVID-19 treatment with expectations that it could help with the damage COVID-19 can cause to both the blood vessels and the lungs, and early results appeared positive. Since then, many hospitals around the world have incorporated this most common of drugs into their COVID-19 regime—but it’s far from universal.

In October, a study published in Anesthesia and Analgesia looked at 412 patients. Of those, 76% did not get aspirin, and 24% got low-dose aspirin, the same kind often taken by heart patients. Patients who received low-dose aspirin were 44% less likely to end up on a ventilator and 43% less likely to require admission to the ICU. The number of patients studied was small, but those results are more than dramatic enough to indicate why RECOVERY is taking another look at a drug that really has been considered a “miracle” before. The very broad effects of aspirin—fever lowering, reducing clumping of platelets, lowering inflammation—may be a good match to the broad spectrum of symptoms caused by the coronavirus.

But aspirin isn’t the only off-the-shelf product to generate new interest from coronavirus researchers. As Science News reports, researchers at the Cleveland Clinic found evidence that there’s another widely available product that might be a big positive when it comes to COVID-19. In this case, while it’s often seen in the form of a pill, it’s not really a drug; it’s the sleep-regulating hormone melatonin.

Melatonin is naturally produced in the body each evening, with production rising as light decreases. When people take synthetic melatonin (in pills that range usually range from 1 mg to dosages far above the generally recommended limit of about 5 mg) it has a pair of sleep-inducing effects.

By doing a deep dive into patient data—including both those who had COVID-19 and those who did not—researchers discovered that those reporting regular use of melatonin had a 30% lower rate of testing positive for COVID-19. That seems like a fairly fantastic result … but it heaps up over a large dataset even when adjusted for other factors. And here’s something that seems to really stand out: For Black patients in the study, melatonin use seemed to cut the odds of being infected by COVID-19 in half. This type of study is notorious for drawing a statistical connection between unrelated items, and there could easily be coincidental causes behind this data. Maybe people who take melatonin take better care of their health in general. Maybe they’re just better rested. In any case, additional sources are now being examined to see if similar results can be found.

Finally, a drug that’s not over-the-counter but definitely seems appropriate for 2020 may also turn out to be an unexpected COVID-19 fighter. In a study published today in JAMA, researchers at Washington University in St. Louis found that patients receiving the antidepressant fluvoxamine were much less likely to develop serious COVID-19 symptoms when compared to those receiving a placebo. How much less likely is hard to say … because it appears to be infinite. As in none of the fluvoxamine patients displayed worsening conditions during the study. That’s a fantastic result … but it was also a very small study. So small that it’s not likely to change treatment regimens. However, if an antidepressant seems like a strange treatment for a virus, note that fluvoxamine is a group known as “Selective Serotonin Reuptake Inhibitors” (SSRIs), which have a powerful effect on inflammation.

Aspirin, melatonin, SSRIs … they may not seem like the most obvious tools to use against a virus that has proven to be so deadly. But they have the advantage of being extremely widely used and well-understood.

Big note: I’m not a doctor. This article should not be taken as medical advice. Don’t begin taking new medications without checking in with your health provider. Thanks.