Voters are ‘going to rise up one more time,’ Warnock predicts of Georgia Senate runoffs 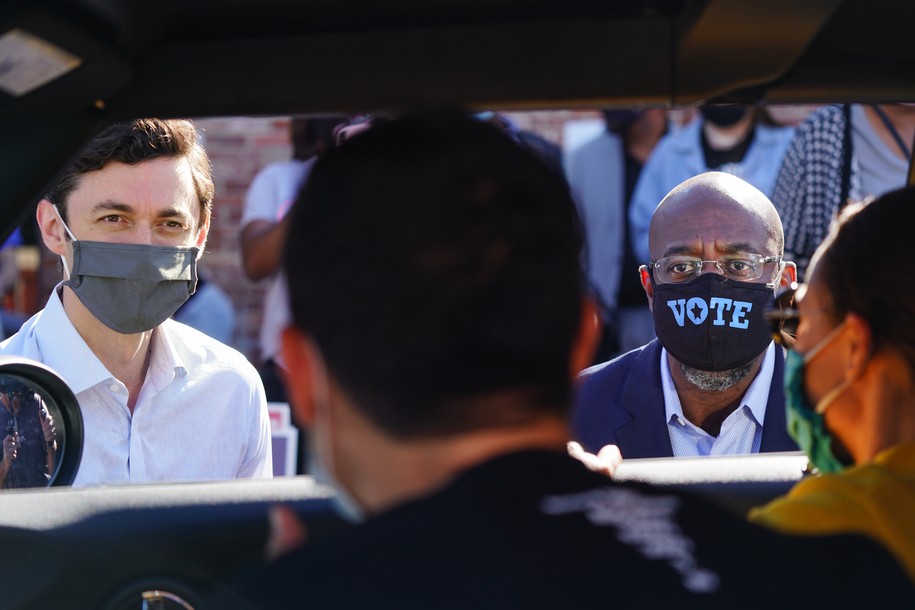 Democrats face an uphill climb in Georgia’s Senate runoffs, but they are determined. After all, these races determine control of the Senate, and with it, whether President-elect Joe Biden can pass important laws, get his Cabinet confirmed, and get judges confirmed after four years of the Trump-McConnell judicial appointment conveyor belt.

Jon Ossoff’s campaign told NBC News that they’ve wasted no time in keeping the campaign going, with volunteers having made more than 70,000 calls to voters since the Nov. 3 election, and with 21,900 volunteers already signed up for 60,000 hours of phonebanking in the next two weeks.

Control of the Senate is on the line. Can you chip in $3 each to Jon Ossoff and Raphael Warnock?

This is a huge opportunity, but Ossoff and Warnock will also have to overcome both the state’s historically Republican tilt and the voter suppression that has been such a major feature of recent elections. In 2008, Saxby Chambliss won a Senate runoff by 15 points. In 2018, Stacey Abrams came achingly close in an election tainted by voter suppression.

“This is a very different state than 2008. We’ve been working really hard. We have registered hundreds of thousands of voters in the state,” Warnock told reporters Thursday. “With record turnout this time around, I think that people understand what’s at stake. They’re going to rise up one more time.”

But that’s what it will take: a mass uprising.

“We can’t be complacent,” said state Sen. Jennifer Jordan. “If we don’t vote for Warnock and Ossoff, we’re just going to have another situation where [Senate Majority Leader] Mitch McConnell is doing everything he can to make sure the president fails.”

The runoffs are Jan. 5, 2021. If you live in Georgia, register to vote now and share that link with your family and friends in the state. The deadline is Dec. 7.