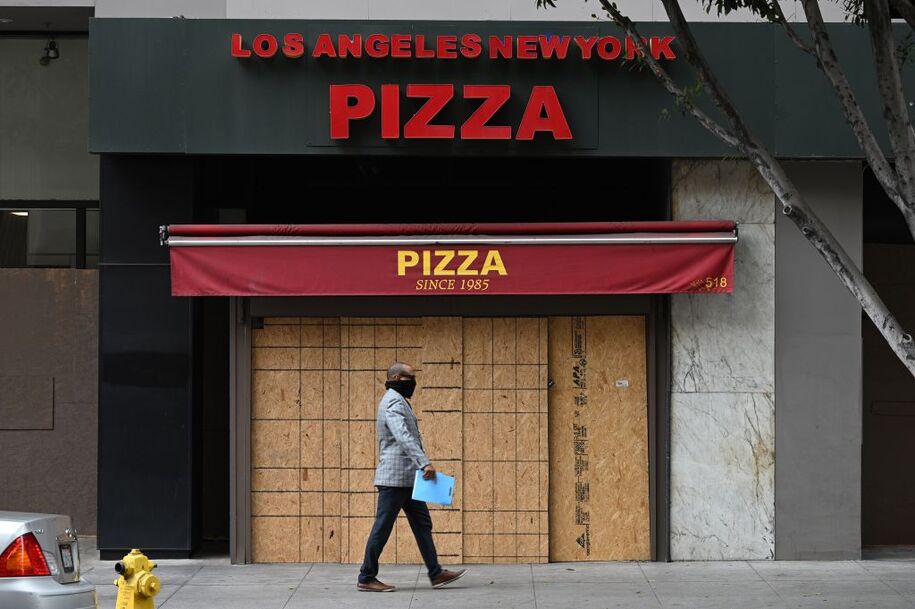 It’s been 181 days since the House passed the $3 trillion HEROES Act, and 42 days since the House passed a compromise $2.2 trillion bill, both of which Senate Majority Leader Mitch McConnell has refused to take up for a vote. The White House has gone AWOL, with the squatter in the Oval Office refusing to do anything beyond tweeting conspiracy theories about a rigged election, while his staff tries to figure out how to cover their asses and find new jobs. The lame duck administration has withdrawn entirely from negotiations.

With new infections and deaths from coronavirus reaching crisis levels in every single state in the country, McConnell is still insisting that $500 billion is his absolute limit, and sent Senate Finance Committee Chairman Chuck Grassley out to tell reporters that he “is not going to rely on Mnuchin any more to do the dealing. […] I think he is intending to take it over and to try to get something going and get it done.” McConnell himself told reporters this week that “The level at which the economy is improving further underscores that we need to do something at about the amount that we put on the floor in September and October.” The Democrats are “still are looking at something dramatically larger. That’s not a place I think we’re willing to go,” he said. Saving the country is not something he is willing to do. Still. We’re nearly nine months into this pandemic, and it’s taking us closer to economic collapse every day.

Control of the U.S. Senate is at stake. We need you to phonebank, textbank and do other crucial work necessary for Jon Ossoff and the Rev. Raphael Warnock to win. Click to find the activity that’s best for you.

That economic crisis is far too real for millions of Americans out of work, who are facing food insecurity and homelessness. It’s far too real for the small business owners who employ millions around the country. So far, something like 100,000 small businesses have been forced to close around the country. The Paycheck Protection Program loans some got in the spring have run out and there are no other options for them right now, because Republicans want to continue to pretend that this crisis is over.

“Many small businesses are drowning right now,” Sung Won Sohn, an economist at Loyola Marymount University in Los Angeles, told NBC. “They have very little financial cushion to begin with, many of them have hand-to-mouth operations, and they have no place to turn to except the government.” NBC profiled businesses, like an antique store in Nebraska, an oyster bar in North Carolina, music venues and bars and restaurants and delis in New Orleans and Denver and from all over the country that have had to shut down, probably for good. According to a Yelp analysis, 60% of the stores that have shut down since March are closed for good. Owners have had to go bankrupt, making it much harder for them to reopen again. “I think that permanent damage has already been done and more damage will be done unless we do something,” Sohn said. “Unfortunately, Washington is gridlocked.”

There’s a slim possibility that with the deal that has to be struck by Dec. 11 (the deadline when government funding under the current continuing resolution runs out), something could be done on COVID-19 assistance. But Senate Appropriations Committee Chairman Richard Shelby said it’s not going to be much. “[W]e’re not going to do a big big big deal. So, mainly targeted at small business, and you know some people are hurting.” A big, big deal isn’t even what Pelosi and Senate Minority Leader Chuck Schumer are demanding: $2.4 trillion. At this point, it’s going to take more along the lines of $10 trillion to really rescue the country. That has a greater chance of happening in January or February, but how many more businesses will be lost by then? Not to mention lives.

That will also only happen if Democrats take the Senate with the Jon Ossoff and Raphael Warnock runoff elections in Georgia. We need a breakthrough, and it’s just not going to happen with McConnell controlling the Senate. There’s no way he’s going to let a Biden administration save the economy.