Georgia Republicans are pissed they lost after a surge in mail voting, so now they want to curb it 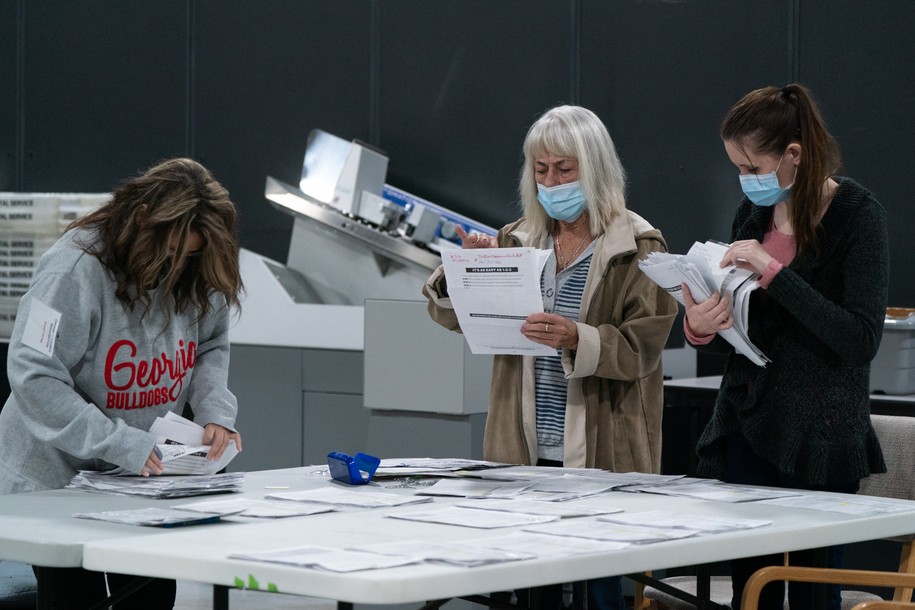 Republicans in Georgia seem shell-shocked: For the first time since 1992, a Democrat has won the state’s electoral votes, and it will soon host two runoffs that will determine control of the Senate. These remarkable developments followed a massive surge in mail voting, so naturally, the GOP has decided to blame absentee ballots for their loss—and wants to clamp down on them.

Four years ago, about 200,000 Georgia citizens cast their votes by mail. This year, more than 1.3 million did so, an increase of more than 500% and more people than voted on Election Day itself. But we just saw a similar phenomenon play out across the country, in states Donald Trump both won and lost, so no one can seriously think the method voters chose is responsible for Georgia turning blue.

Republicans, however, are not serious thinkers, least of all state Rep. Barry Fleming, who chairs the Judiciary Committee in the Georgia House. His reaction to the newfound popularity of mail voting is so unhinged we must reproduce it in full:

Instead, Democrats are relying on the always-suspect absentee balloting process to inch ahead in Georgia and other close states. If elections were like coastal cities, absentee balloting would be the shady part of town down near the docks you do not want to wander into because the chance of being shanghaied is significant. Expect the Georgia Legislature to address that in our next session in January.

This analogy is so bonkers it’s not worth parsing (does he think voters are somehow being tricked into using absentee ballots?), but the real problem is that Fleming has a powerful perch from which he can make voting harder. When he says we should expect Georgia Republicans to find new ways to suppress the vote, we should believe him—and prepare for a fight.

For now, fortunately, there’s nothing Fleming can do to undermine mail voting before the all-important Senate runoffs on Jan. 5. However, there’s plenty we can do: