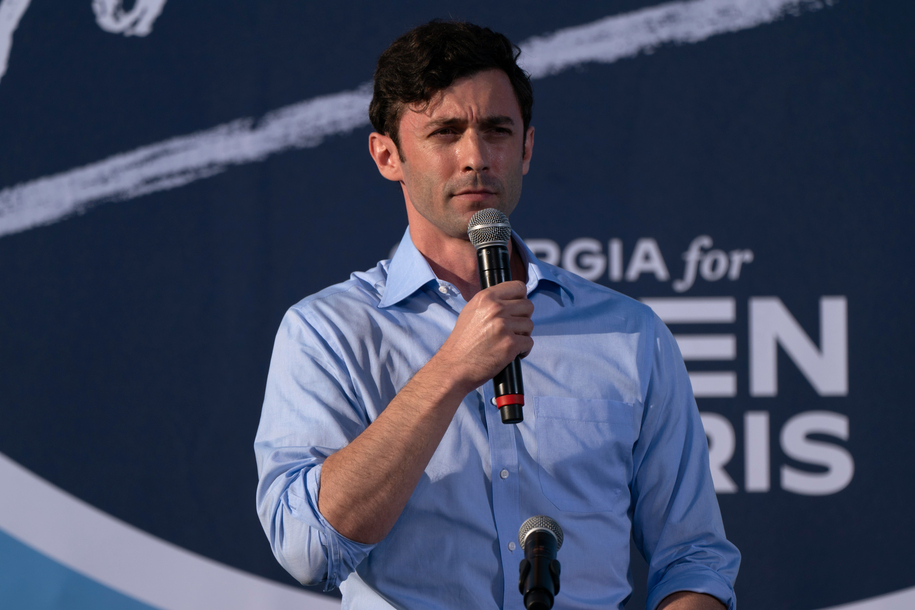 If Georgia Sen. David Perdue thought he could just hide out, not debate Jon Ossoff, and have that be the end of it, he has since learned differently. “If David Perdue doesn’t want to answer questions in public about his record and debate his opponent, that’s fine,” Ossoff said at a Monday rally, to jeers and boos for Perdue’s cowardice. “He just shouldn’t run for reelection to the U.S. Senate. I offer the senator any or all of these six debates, if he has the self-confidence to debate in public.”

“Perdue ducks debate against Ossoff ahead of January runoff,” read the Atlanta Journal-Constitution headline. That wasn’t the only rough headline for Perdue, but then again, what would the positive headline about this be?

Arrogant cowards like this are one more reason we need Democrats to win the Georgia runoffs. Can you chip in $3 each to Raphael Warnock and Jon Ossoff?

The Atlanta Press Club’s Loudermilk-Young Debate Series is disappointed that Sen. David Perdue has decided to not participate in his debate. Jon Ossoff has confirmed his participation, so according to our rules, we will proceed with the debate and Sen. Perdue will be represented by an empty podium.

“That is not our preference. The Atlanta Press Club works hard to provide a platform for all candidates running for public office. We believe it is an essential part of the democratic process for voters to have an opportunity to hear an exchange of ideas from the candidates so they can be better informed when they cast their ballots.

“In that spirit, we hope Sen. Perdue will change his mind. We will leave the door open for him to participate in our Dec. 6 debate.”

I guess David Perdue doesn’t like being held accountable. pic.twitter.com/OnkCxv2ofb