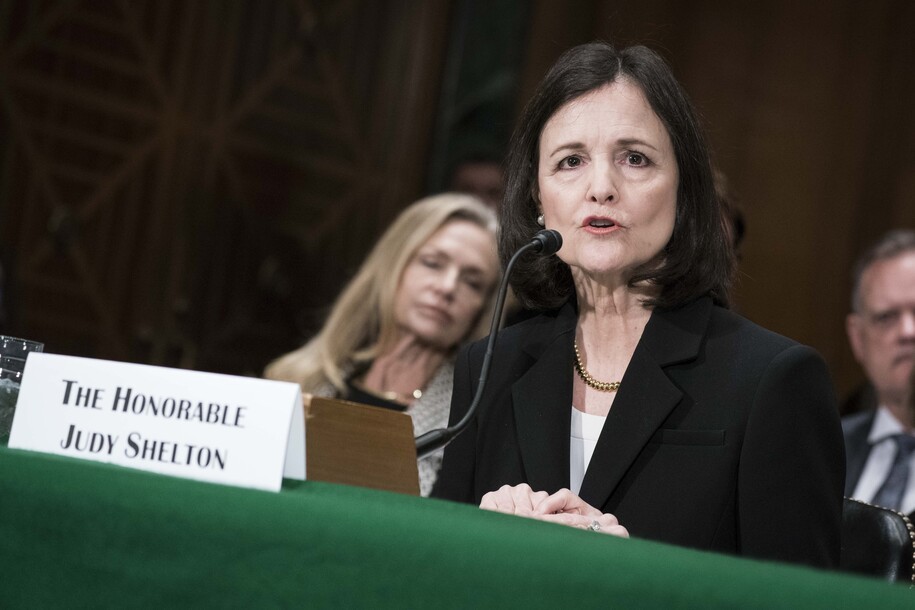 To say that Judy Shelton is out of the mainstream of economics is underselling it. Shelton—who pushes for the kind of “return to the gold standard,” no holds barred, guardrails removed economics that are usually confined to the back pages of a Ron Paul newsletter—isn’t located on the same planet as most economists. She also once condemned the Federal Reserve as nothing short of the kind of economic planning used by the Soviet Union. Naturally, given that background, Trump has nominated this “informal adviser” to a position on the Federal Reserve’s board of governors. What else would you expect from someone who put a coal lobbyist who condemned the whole existence of the EPA in charge of that agency, or from someone who handed off the nation’s nuclear arsenal to Rick Perry?

In the past, these anti-common sense nominations have been slipped through Sen. Mitch McConnell’s Republican-dominated Senate without a squawk. But Shelton’s nomination is currently hanging by a thread so thin that Kamala Harris may be rushing back to deliver the critical vote. There’s no doubt that Shelton is bad. But so were dozens—hundreds—of other Trump nominees. What’s changed this time isn’t the nominee. It’s Trump.

Kamala Harris has voted no on the motion. The final vote was 47—50 as Rick Scott also failed to show for the vote. Barring McConnell reaching deep into the “rules, what rules?” bin, Shelton’s nomination is defeated.

As Bloomberg reports, the Senate is currently hung up on a procedural motion that needs to be cleared before Shelton can get a confirmation vote. Republican Sen. Chuck Grassley has decided that this time, unlike other Republicans during the Amy Coney Barrett nomination, an exposure to COVID-19 really does warrant sitting at home for a couple of weeks. So he’s not on hand to give Shelton the deciding vote. At the moment, the vote is tied. If it stays that way, Mike Pence can step in to push Shelton over the top.

Vice President-elect Kamala Harris was expected to be at a COVID-19 briefing with Joe Biden in Wilmington today, so she might not be available … except that last-minute news indicates that Harris is joining the Biden team today virtually, and is actually in Washington, D.C. So she can step in and put an end to Shelton’s nomination.

An entire squadron of respected economists—including seven Nobel Prize winners—signed on to letters asking senators to can Shelton’s nomination. However, that kind of appeal hasn’t had much effect in the past when Trump has pushed through unqualified nominees for agencies, boards, and judgeships at every level.

The difference on Tuesday is … Trump lost. He’s going. Every Republican in the Senate knows it. So, with Mitt Romney and Susan Collins waving their very concerned fingers, there are no other Republicans stepping up to make the difference. Grassley is home sick. Lamar (Lamar!) Alexander has already started his early retirement.

Trump is likely to lose this one … because he already lost the big one.