Georgia flipped blue, but can it stay that way? 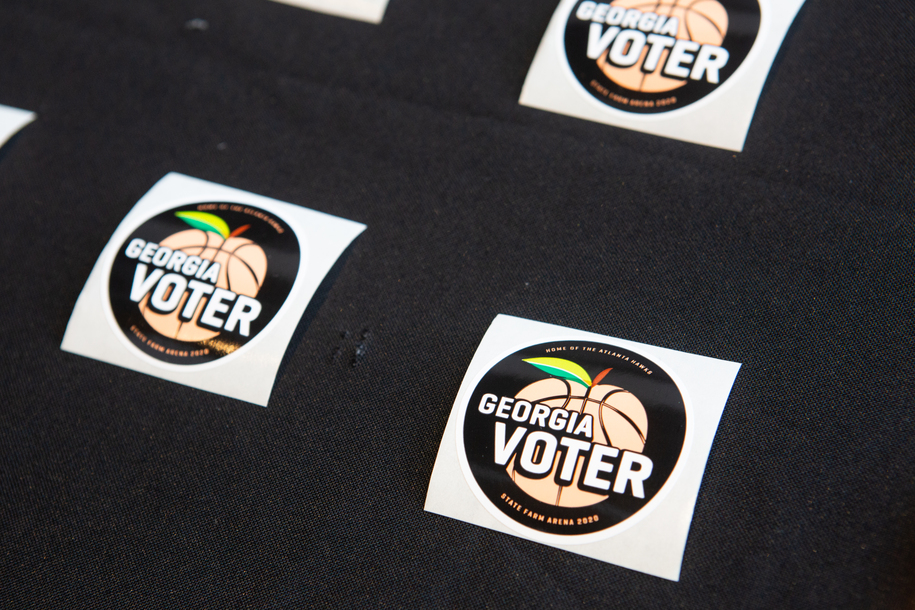 The numbers may shift a little, but the change in the Georgia electorate over the past four years is just mind blowing. Sore loser Donald Trump won the state in 2016 by 5%, and he added ~369,000 votes four years later. Should’ve been a slam-dunk victory. Yet President-elect Joe Biden exceeded Hillary Clinton’s 2016 totals by a mind-blowing 594,471 votes. State Abrams and her allies and volunteers in the state of Georgia built something truly special—in the only battleground state in which the Trump campaign outspent the Biden effort. (More evidence of the uselessness of TV ads.)

So where did these new votes come from?

TargetSmart’s Tom Bonier crunched some numbers. His firm provides data for progressive campaigns, and the numbers are clear—Democrats activated a new coalition of voters of color and youth, driving its state closer to voting its demographics, as opposed to the more traditional overly white electorate.

% of electorate % of population

The overall share of the white vote went from 65.6% in 2016, to 63.1% this year. That’s important because as in much of the country, the white vote is overwhelmingly Republican—69-30 in Georgia per exit polls.

Given that non-Hispanic whites account for just 52% of the state’s population, they are still way overrepresented among the state’s voters. But the plus side is that Democrats have a ton more room grow their electorate, while whites are closer to being maxed out. Not only voters of color less likely to be registered to vote, but significant numbers of them aren’t even eligible to do so, whether because of immigration status or age. For example, while 10% of Georgia’s population is Latino, only 4.4% of the state’s voting eligible population is. That’ll shift in the coming years as disproportionately young Latinos turn 18.

Speaking of age, Republicans also face an age apocalypse, as their mostly white and old base “exits the electorate,” replaced by younger, browner, and exponentially more liberal voters. In Georgia, 18-29 year old voters chose Biden by a double-digit 56-43 margin, and 30-44 year old voters did almost as well, 54-44. Meanwhile, Trump won the 45-and-over crowd, and strongly so with the 65+ crowd—56-44. Most of those won’t be around in 20 years.

The challenge, of course, has been in turning out those younger voters. Yet this year, they were 16.2% of the vote share, compared to 14.4% four years ago. In fact, 18-29 year olds and 65+ were the only two age groups to increase their share of the voter total from 2016. Indeed, I bet that’s where the bulk of Trump’s 369,000 new votes came from, those 65+. They increased their percentage of the population from 21.8% of the electorate to 23.2%, likely a treasure trove of hidden deplorables.

Here is that information in chart form:

You can see how heavily Republicans depend on those over-performing seniors, but no amount of fear-mongering and racial appeals can work once they’re gone.

Furthermore, we have the continued shift of the suburban vote, in a state that has the largest percentage of urban and suburbs relative to the rest of the state. (In other words, the least smallest rural population by percentage.)

No other state in the South has such large urban and suburban populations relative to the overall state population. If Georgia is demographically and politically becoming unlike neighboring Republican strongholds like Alabama and Tennessee, it has, in some respects, moved in a similar direction as Arizona, where the two major metropolitan regions of Phoenix and Tucsonmake up over 80% of the state’s population, and where Democrats have improved their standing in recent years.

Metro Atlanta is fourth in metro growth, behind only Dallas, Houston, and Phoenix. See why Arizona and Texas are also swinging blue? In fact, 2/3rds of Georgia’s population is in Metro Atlanta, which is why the exodus of Republican votes from the increasingly diversified region helped their defeat. Let’s look at results from the five biggest Atlanta-area suburban counties:

That is a remarkable shift, more than offsetting Trump’s bigger margins in the red rural counties. And the bad news for Republicans is that the Atlanta metro region continues to grow, while rural Georgia fades. More than half of the small towns in Georgia — those with populations under 10,000 — have lost population since 2010,” reported the Atlanta Journal-Constitution last year. “Meanwhile, only 1 in 6 towns with populations of 10,000 or above have lost residents, according to an analysis by the Journal-Constitution.” Young people are fleeing these rural areas, making them that much more Republican, sure, but with only an aging population. Meanwhile, Atlanta has been happily slurping up those youth from around the entire south—with its educational opportunities, jobs, and tolerance.

The GOP’s saving grace is Georgia is the exact same one they enjoy nationwide—a bias in the maps that overrepresent rural regions and allows those unrepresentative white areas to exert undue influence on suburban and urban Georgia. But that’s where Stacey Abrams comes in—her work isn’t done. From the day that the 2018 gubernatorial election was stolen from her, she’s been working tirelessly to activate all those core Democratic base voters underperforming their share of the electorate. That’s why she skipped out on either of the Senate races this year. That may even by why she was never given serious vice presidential consideration. She’s never stopped running for governor, and the more core Democrats she and her allies register, the better her chances for 2022 success.

And Georgia (like Arizona) is just the vanguard, the test case on how to flip a demographically diverse state blue. Texas isn’t far behind. South Carolina and Mississippi, while solidly red states today, should be more competitive based on their demographics. The proper investment and effort can go a long way toward accelerating political shifts. Throw North Carolina into that conversation too.

The predominantly white upper midwest states are slowly getting away from us. Don’t be shocked to see Minnesota become a legitimate swing state in the next 20 years, winnable by the right Republican. Michigan, Pennsylvania and Wisconsin won’t be any “Blue Wall.” At best, they will be perennially competitive, at worst, they’ll go the way of Iowa, Ohio, and Missouri. But if Democrats motivate their natural base constituencies in the diverse South, the Democratic Party will be in even better electoral shape, presidentially, than they’ve ever been. A comfortably blue Arizona and Georgia.

Of course, the work in Georgia isn’t done. Donate to the organizations on the ground that are turning Georgia blue, and working hard to win the January runoffs and beyond.