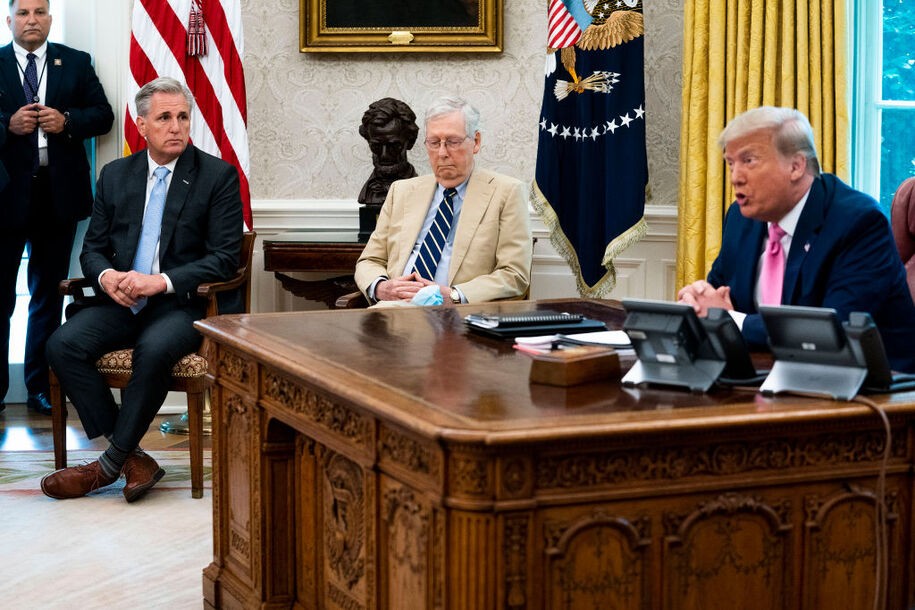 If Election Day was relatively event-free after months of conspiracies flying about voter fraud, the acrimonious aftermath of Donald Trump’s loss has grown more contentious and potentially lethal by the day.

The cauldron of unfounded mistrust stirred by Trump and his traitorous Republican allies threatens to boil over at any given moment with death threats targeting election officials and volunteers in the states that became ground zero for Trump’s fraud claims.

Arizona Secretary of State Katie Hobbs—who said she and her family and staff members have all received violent threats—urged Trump and other GOP officials Wednesday to stop stoking voters’ distrust in the system.

“Their words and actions have consequences. Now, I am calling on other leaders in this state, including the governor whose deafening silence has contributed to the growing unrest, to stand up for the truth,” Hobbs said in a statement, adding democracy “will not falter under my watch.” Arizona has been called for Biden, who is leading Trump by roughly 10,500 votes in the state.

In Georgia, where Trump trails Biden by some 14,000 votes and results of a hand recount are expected soon, Secretary of State Brad Raffensperger has also confirmed that both he and his family have faced repeated death threats. Over the past week, Raffensperger’s wife received the following texts on her cell phone:

As the death threats roll, the vast majority of GOP lawmakers have either silently endorsed Trump’s efforts or piled on to them. State Republican lawmakers in both Wisconsin and Pennsylvania continue to formally challenge their state’s results through legal challenges and audit pushes.

And in Detroit’s Wayne County, two GOP canvassers sought to disenfranchise the voters of the densely populated, heavily Black city. After initially refusing to certify the county’s results on Tuesday, they relented hours later, giving the results their official imprimatur. But by the Thursday, both canvassers signed affidavits saying they wished to rescind their votes to certify. The certified results remain, and the episode represents one of the clearest instances yet in a potential breakdown of the system.

“You could see the racism in the behavior last night,” Mike Duggan, the Democratic mayor of Detroit, said at a news conference on Wednesday. “American democracy cracked last night, but it didn’t break. But we are seeing a real threat to everything we believe in.”

Remember those initial Republican claims that humoring Trump’s futile crusade was harmless enough? That bullshit excuse for GOP cowardice has now been laid bare, yet the Republican Party continues to indulge the violence Trump is doing to both real human beings and our democracy more generally.