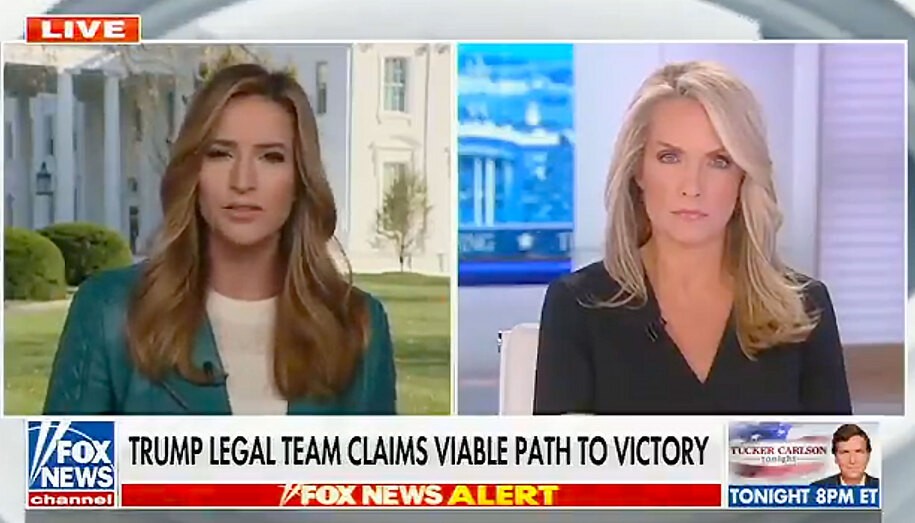 Fox News finds itself in the interesting place of trying to perform a 24-hours-a-day paradox. During the day time, they’re pretending to be a normal, fact-driven news network, while during primetime and into the wee hours, they are the fact-free, rhetorically incendiary bigotry factory we have come to expect for the last couple of decades. Why they’re doing this is probably a mixture of reasons. One is that Rupert Murdoch likely does not like Donald Trump and wants to separate his American news interest from Trump and the potential legal fallout that will be coming about in the next few years. Another reason is that with the advent of OANN and other ultra-right-wing fake news spaces, Fox sees the need to distinguish its version of bogus ultra-conservative news vomit from the rest of the pack.

Whatever the reason, during Thursday’s daytime hours, the Fox News machine decided to report honestly on what is arguably one of the most frighteningly reality-free press conferences we have seen during the Trump administration. Rudolph Giuliani went up and lied and lied and lied, while sweating and sweating. Then he brought up two other Trump liars, and together they presented a case of fraud, with zero evidence, that included the seven-years-dead Hugo Chavez helping to swing the vote to Joe Biden … while leaving the rest of the races in Republican hands. Fox News person Kristin Fisher was on with host Dana Perino to give a run down of the presser, and while pigs didn’t fly past the screen, Fox News did a good job of resembling a news outlet.

KRISTIN FISHER: Well that was certainly a colorful news conference from Rudy Giuliani, but it was light on facts. So much of what he said was simply not true or has already been thrown out in court. And, you know, Giuliani opened by making this very bold and baseless claim that a lot of this alleged nationwide voter fraud that he’s referring to all came from one centralized place. He called it a “nationwide conspiracy.” And yet, he failed to provide any hard evidence to back up that one specific claim. Especially when you are dealing with a claim that really cuts to the core of our democratic process.

Before we get these two women trophies, let’s remember Perino, who has in recent years moved herself a touch to the center—from the far right—is only a couple of years removed from pleading with television meteorologists to cover Benghazi instead of climate change. Also, Kristin Fisher’s last big report on the news was to breathily report a story about Syrian refugees, and Muslim refugees in general, that was not simply Islamophobic, it was also completely fabricated.

The fact is, Giuliani is done. He’s dangerous and he’s desperate because this is the end of the road for him politically. He rode the America’s mayor lie into the ground and then, with a second hot stinky wind from the MAGA movement, was able to get another chance to stay out of jail while his New York-centric corruption took a back seat.

Freshly fired former director of the Cybersecurity and Infrastructure Security Agency Christopher Krebs responded to the Giuliani situation like this:

That press conference was the most dangerous 1hr 45 minutes of television in American history. And possibly the craziest. If you don’t know what I’m talking about, you’re lucky.

And here’s the Fox News moment of zen.

Fox News aired Giuliani’s presser in its entirety — here’s what their correspondent had to say about it afterwards Fisher: “Certainly a colorful news conference, but it was light on facts. So much of what he said was simply not true, or has already been thrown out in court.” pic.twitter.com/YnPc0YzW4O

And if you want a fun way to digest the Giuliani nightmare, check out Jen Hayden’s story here.