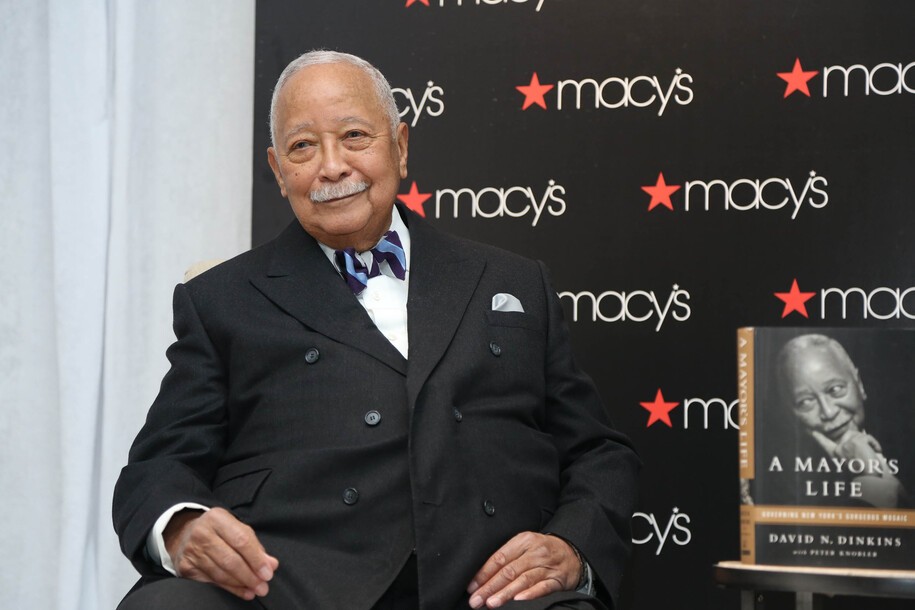 Former New York City Mayor David Dinkins, a Democrat whose 1989 victory made him the first Black leader of America’s largest city, died Monday at the age of 93.

Dinkins, who was close to a number of influential Harlem politicos, including future Rep. Charlie Rangel, was elected to a single term in the Assembly in 1965 before redistricting cost him his seat. He went on to hold an influential post as city clerk before he was elected Manhattan borough president on his third try in 1985 by defeating Assemblyman Jerrold Nadler in the Democratic primary by a 65-35 margin. (Nadler would go on to win a seat in Congress seven years later and emerge as a top party leader.)

In 1989, Dinkins set his sights higher by launching a primary bid against three-term Mayor Ed Koch. The incumbent had won reelection with ease four years earlier, but his standing had taken a tumble due to a bad local economy and what the New York Times described in 1989 as fears of “drugs, resurgent crime, homelessness and AIDS.” Koch began the campaign looking weak against Dinkins, who argued he could stabilize the city. However, while Koch managed to cut his deficit after a TV ad campaign, Dinkins defeated him by a convincing 51-42 margin and ended his hopes of becoming the city’s first four-term mayor.

While New York City hadn’t elected a Republican mayor since the liberal John Lindsey in 1965, Dinkins faced a tough challenge from former U.S. Attorney Rudy Giuliani. Dinkins made an early attempt to insulate himself from Giuliani’s attacks, saying on the night of the primary, “I intend to be the toughest mayor on crime this city has ever seen,” but the Republican waged a vicious campaign that focused in large part on Dinkins’ personal financial situation. Dinkins won 50-48 in a contest where race proved to be a major fault-line: Some 60% of white voters supported Giuliani, while Dinkins won about 90% of Black voters.

Dinkins inherited a very difficult financial situation, to which he responded with large budget cuts and passed the largest tax increase in city history. Crime remained an ever-present issue: The city’s murder rate hit an all-time high of 2,605 killings in 1990 before falling during each remaining year of Dinkins’ term, but headlines continued to focus on high-profile crimes and portray the mayor as inept. Dinkins did have some notable successes, though, with the Times’ Robert McFadden writing that he “kept city libraries open, revitalized Times Square and rehabilitated housing in the Bronx, Brooklyn and Harlem.”

But Dinkins’ tenure would be indelibly marked by three days of violence in Crown Heights, a predominantly Black neighborhood in central Brooklyn with a large Hasidic population, that broke out in the summer of 1991. Longstanding tensions between the two communities boiled over on the evening of Aug. 19, when a 22-year-old Hasidic man, Yosef Lifsh, accidentally caused a car crash that killed a young Black boy named Gavin Cato and severely injured his cousin, Angela Cato.

Black youths began to riot following the incident, at first throwing rocks and bottles, but later that night, a group of about 20 young Black men mobbed a 29-year-old Hasidic doctoral student from Australia, Yankel Rosenbaum, and fatally stabbed him. Rioting continued for two more days, with attacks on Jewish residents, homes, and stores that also left many police officers injured. Dinkins and his police commissioner, Lee Brown, were heavily criticized for a response that an official state report later characterized as incompetent and ineffective.

Dinkins’ handling of the riots became a central issue of his 1993 reelection campaign, which featured a rematch with Giuliani. The Republican argued that he’d be able to fix the city’s problems, including its crime rate, and he benefited from an endorsement from Koch. Giuliani also capitalized on racist sentiment by running a commercial that accused Dinkins of fomenting “racial attacks”; years later, Dinkins would write of his defeat, “I think it was just racism, pure and simple.”

Giuliani was further aided in the New York City mayoral race by voters who didn’t want to be part of New York City anymore. Staten Island, where Giuliani had performed very well in 1989, held a referendum on Election Day asking if it should secede and form its own city. The non-binding measure, which passed with 65% of the vote, boosted turnout in the Republican stronghold, which may have made the difference at the top of the ticket.

Ultimately, Giuliani won 51-48, with his margin provided by his appearance on the Liberal Party line—a contrivance that allowed thousands of traditionally Democratic voters who couldn’t countenance pulling the “Republican” lever to support a candidate who was anything but liberal.

The Times wrote after the contest that both candidates had largely performed the same with various demographic groups as they did in 1989 but concluded that Giuliani had made gains with his fellow Republicans and especially with voters with high school diplomas. While New York City (which continues to include Staten Island to this day) remained a strongly Democratic constituency over the following decades, Democrats wouldn’t win another mayoral contest until Bill de Blasio prevailed in 2013.