‘Sense of relief for a moment’: DACA recipients react to Trump’s defeat and the work still ahead 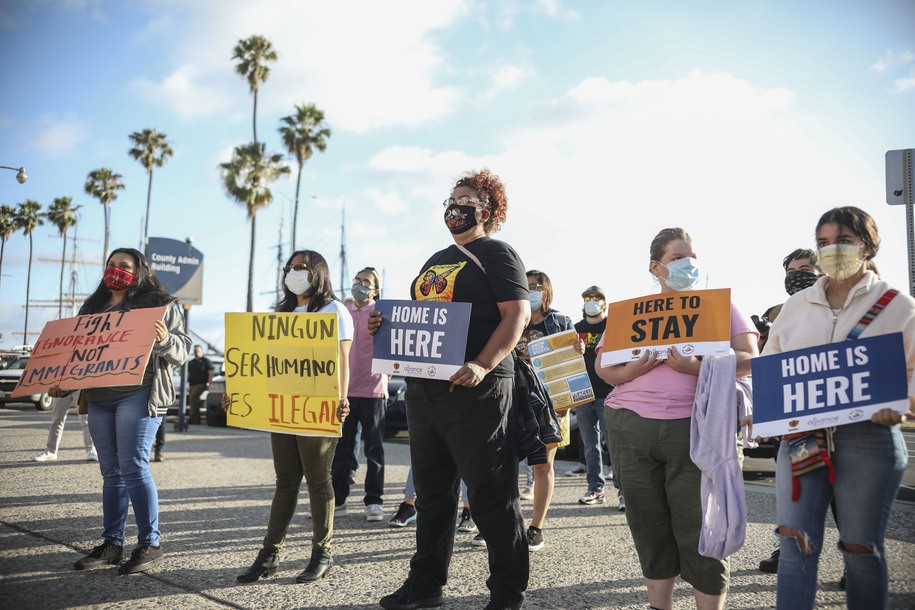 Claudio Quinonez, a Deferred Action for Childhood Arrivals (DACA) recipient and organizer with immigrant youth-led group United We Dream, said it’s a world of difference between how he felt the day after the 2016 election and the day after the 2020 election.

In 2016, “I felt alone,” he told Rolling Stone. “I felt that I was going to lose DACA because that was one of Trump’s campaign promises. And we have to fight for our humanity and push back as much as we could.” He and many undocumented people did fight back, in the courts and urging eligible voters to get to the polls in 2020—and won.

Quinonez and other DACA recipients are sharing their stories in a new series from Rolling Stone, which will “reflect on the past four years and look to the future. This is the first installment, with five organizers who are all DACA recipients calling in with their stories.”

Jorge Gutierrez, executive director of Familia: Trans Queer Liberation Movement told the magazine that he was making coffee when he was deluged with alerts the weekend after Election Day telling him Trump had been defeated and Joe Biden was elected the 46th president of the United States. “There was sort of that sense of relief for a moment, and I think it’s OK to celebrate,” he said.

He also said it was celebrated knowing that there’s still much work and advocacy to do ahead, telling Rolling Stone that President-elect Biden must stay the course and use his full executive authority to protect as many families as possible. “We understand that the work is far from over—and that now it’s time to hold Biden and Harris accountable,” he continued.

President-elect Joe Biden’s Chief of Staff Ronald Klain has confirmed that protecting young immigrants will be a Day One priority, while other reports have said he’ll begin to reverse other harmful anti-immigrant and anti-asylum policies, as well as look into putting in place a 100-day hold on deportations as the administration reexamines Immigration and Customs Enforcement (ICE) priorities.

But it could be a lengthier process for some actions, and there’s no doubt that he’ll get complaints from Republicans who have suddenly found their spine after four years of silence under president you-know-who. But again, Biden must stay the course. While the Trump administration used the full force of the government to hurt families, we must use the full force of the government to help them. Check out the full roundtable from Rolling Stone here.