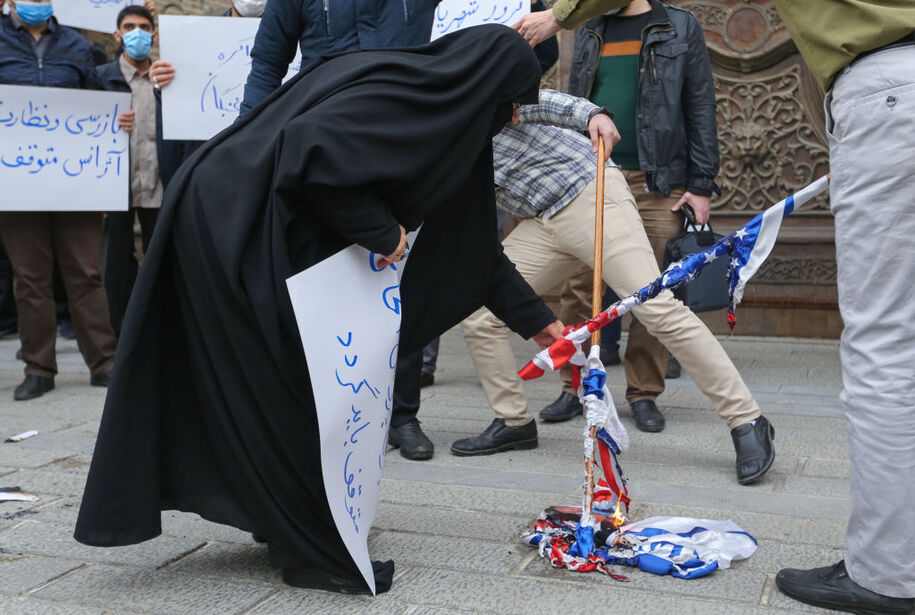 In an August interview, Jake Sullivan—deputy chief of staff and director of policy planning for former Secretary of State Hillary Clinton, and an aide to then-Vice President Joe Biden who is now Biden’s pick for his national security adviser—hinted that rejoining the Iran Nuclear Agreement would be a priority for the new administration’s first 100 days in office. The assassination Friday of Mohsen Fakhrizadeh, a leading Iranian nuclear scientist, could make that difficult.

David Sanger at The New York Times writes that may well have been the point of the carefully planned killing. And Trita Parsi, an Iranian expatriate who founded the National Iranian American Council and co-founded the Quincy Institute for Responsible Statecraft, of which he is executive vice president, wrote Friday that the assassination (and other likely future attacks) will bolster Iranian hard-liners and possibly hobble Biden’s effort to restore diplomacy in the interactions between the two nations after four years of wrecking by the Trump regime.

Iran has singled out Israel as the assassin, and Ayatollah Ali Khamenei​​​​​​, the nation’s supreme leader, has warned there will be “definitive punishment of the perpetrators and those who ordered it.” He did not say what that would entail. President Hassan Rouhani said the response would come at the “right time.” Sources indicate retaliation might occur days, weeks, or longer from now. Israel has told its embassies to be on the alert for possible attacks.

Whether Israel carried out or commissioned the murder of Fakhrizadeh is not something Tel Aviv is likely to confirm. Parsi writes:

While it’s highly unlikely that Israel would have carried out the assassination without a green light from the Trump administration, a more direct U.S. role cannot be entirely discounted. The Trump administration has reportedly run several joint sabotage operations with Israel against Iran’s nuclear facilities in the past year and relied in part on Israeli intelligence in carrying out the assassination of Gen. Qasem Soleimani outside the Baghdad airport last January. Earlier this month, Trump himself reportedly raised the possibility of attacking Iran with his top national security advisers, while it was just last week that the administration’s most prominent Iran hawk, Secretary of State Mike Pompeo, met with Israeli Prime Minister Benjamin Netanyahu, (as) well as leaders of Iran’s adversaries in the Persian Gulf, notably Saudi Arabia and the United Arab Emirates.

In the past, Israel has employed the MEK—the Mujahedin-e-Khalq or People’s Mujadehi—to carry out attacks, including assassinations of at least four other Iranian nuclear scientists. MEK was the first group to introduce suicide attacks in Iran. It was recently removed from the State Department’s list of terrorist organizations, although numerous critics expressed little confidence in MEK’s claims that it no longer engages in terrorism and has become democratically minded.

Critics of the assassination have noted a meeting Monday in Saudi Arabia among Israeli Prime Minister Benjamin Netanyahu, Saudi Crown Prince Mohammed bin Salman, Secretary of State Mike Pompeo, and the head of Mossad, Yossi Cohen. Was notice or a green-light given there for offing Fakhrizadeh? Saudi Arabia is a long-term enemy of Iran, which gives it, Israel, and the United States common cause.

Although Donald Trump still manages to persuade many of his supporters of his bona fides as anti-interventionist on the world stage, he has certainly been a hawk on Iran, starting during his presidential campaign. Not only did he command his staff to come up with excuses for withdrawing from the 2015 nuclear agreement with Iran that the Obama administration spent 20 months negotiating; in January he ordered a drone strike to assassinate Iranian Gen. Qassem Suleimani, stating that this ruthless leader of the Quds force—the elite, external wing of Iran’s Revolutionary Guards—was planning a large, imminent attack against U.S. forces in Iraq. While striking pre-emptively against imminent attacks has always been acceptable under international law, critics, including many Americans, said the White House’s assertions about the imminence of a Suleimani-ordered attack were vague at best.

Various Iranian leaders pledged revenge for Suleimani, and Trump moved 3,000 more troops and deployed more ships and planes to the region after the assassination, while claiming, “We did not take action to start a war.”

The New York Times reported this week that Trump’s advisers had recently talked him out of a military strike on Natanz, Iran’s main nuclear site. That facility, hardened against air attacks, operates thousands of underground centrifuges to concentrate uranium to levels needed to fuel electricity-generating reactors.

Trump’s May 2018 withdrawal from the nuclear agreement, known as the Joint Comprehensive Plan of Action, deeply irked U.S. allies and rivals who had worked together to hammer out the details of limits on Iran’s nuclear development. Tehran’s leaders have asserted their nuclear program is wholly dedicated to peaceful uses of the atom. That certainly has not always been the case and, despite inspections that showed Iran was in full compliance with the agreement when Trump withdrew the U.S. from it, some critics say Tehran’s claims of peaceful intent are bogus.

Since the U.S. withdrawal, Iran has pushed the British, French, and Germans who were part of the negotiations, along with the Chinese and Russians, to come up with a means of making financial transactions that circumvent U.S. economic sanctions. So far, the arrangement arrived at in that regard has not satisfied the leaders in Tehran.

Iran has also openly violated some provisions of the agreement, each time announcing in advance what it is doing and making clear that these are steps that can be reversed.

Under the JCPOA, Iran is only allowed to stockpile 447 pounds of low-enriched uranium—up to 3.67%. That’s enough to run a power reactor, but far from the 90% or more required to make nuclear weapons. As of early November, the International Atomic Energy Agency, which monitors compliance with the agreement, stated that Iran had 5,385.7 pounds of uranium enriched to that level. It also had enriched some uranium to 4.5%, in another pre-announced violation of the agreement. The International Atomic Energy Agency reported two weeks ago that Iran had also moved advanced IR-2m and IR-4 centrifuges to the Natanz site. Iran is only supposed to use the older, less efficient IR-1 centrifuges, of which 5,060 are allowed. That was a violation Iran had not announced, although it did not hide the fact from inspectors.

Whether the Biden-Harris administration can initiate a return to the agreement and the limits it set five years ago doesn’t just depend on Republicans. Sen. Minority Leader Chuck Schumer, Sen. Bob Menendez of New Jersey, Sen. Ben Cardin of Maryland, and Sen. Joe Manchin III are all Democrats who opposed the deal when it was negotiated. Little reason exists to believe that they’ve changed their minds. Getting them on board in what, at best, will be a 50-50 Senate come January will be a struggle, even though Iran has made clear it would willingly return to the agreement’s limits under a Biden administration. Those opposing Democrats might be persuaded to support fresh diplomacy if an updated or wholly new agreement could be negotiated, with additional restrictions on Iranian missile development. That might, however, be a deal-breaker for Tehran.

If Trump comes to believe that assassinating nuclear scientists does not go far enough and that the advisers who talked him out of a strike on Natanz were wrong, and he decides to order one, the chances of a Biden diplomatic resolution will wither. Not good news for America or Iran, but definitely the kind of policy destruction Trump’s ego thrives on.