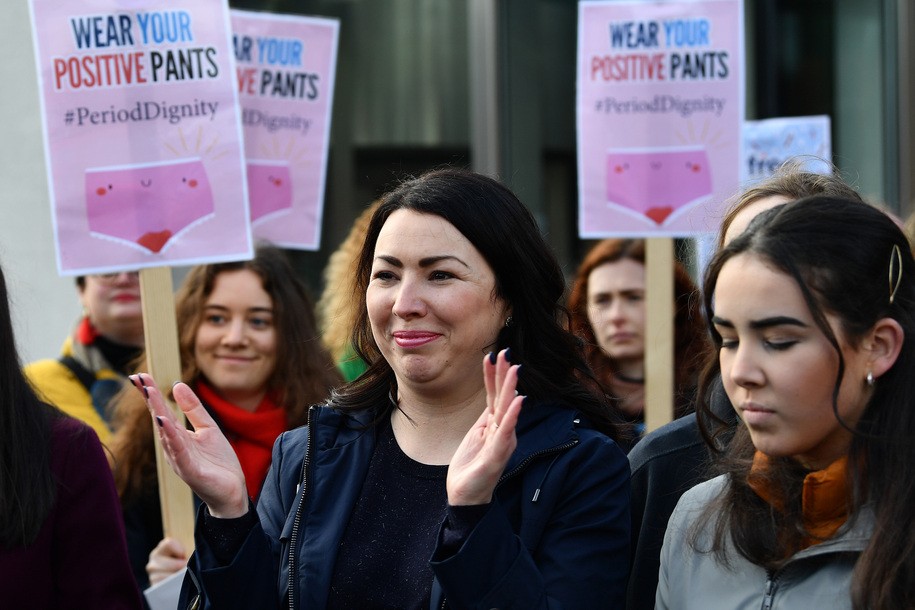 Scotland just became the first country in the world to pass legislation making feminine menstrual hygiene products free to “anyone who needs them.” The BBC reports that the legislation—Period Products (Free Provision) (Scotland) Bill—which was first introduced by Labor MSP Monica Lennon in April of 2019, passed unanimously in the Scottish Parliament on Tuesday.

Lennon has been working on the movement to end “period poverty” for years now. The term “period poverty” means anyone who cannot afford items such as sanitary napkins, tampons, and other such essential hygiene items used predominantly during a menstrual period. Lennon said: “Periods don’t stop for pandemics and the work to improve access to essential tampons, pads and reusables has never been more important.”

This is a great thing. The BBC reports that the cost of these items can be upwards of £8 ($10.69) per month, and many people struggle to afford these basic things. The law also “enshrines in law the free provision of period products in schools, colleges and universities,” something already being done in Scotland but now fortified with legislation.

Meanwhile, Tennessee Repbulicanrs are fretting out loud about whether or not getting rid of the ludicrous sales tax applied to feminine hygiene products will lead to women buying boatloads of tampons. Why is this a problem? Because the same political party that gave away billions to the rich in tax cuts and subsidies says it’s afraid that states like Tennessee would be bankrupted if women were allowed to purchase—purchase, mind you—tampons without an added sales tax.

In November of 2018, Nevada became the tenth state to eliminate the sales tax on menstrual products. There are still a lot of states that do not consider these very basic hygiene products essentials or necessities.

Good job, Scotland. Maybe one day we can laugh about how uncivilized we were when you were so far ahead.