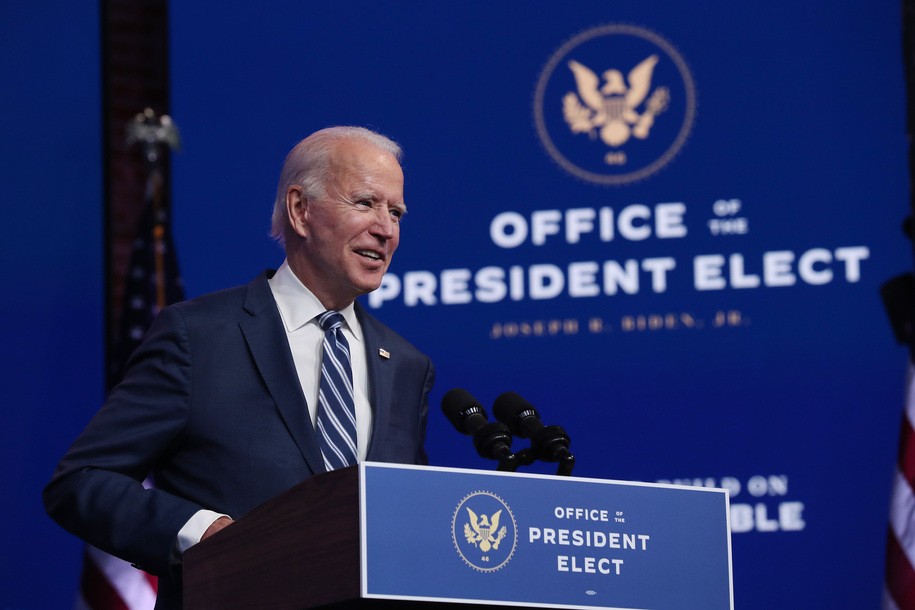 President-elect Joe Biden and Vice President-elect Kamala Harris will receive their first Presidential Daily Brief Monday morning, finally getting access to the national security information that Donald Trump withheld through his refusal to concede. Biden, who slipped and injured his foot while playing with one of his dogs over the weekend, also continued filling out his team, and one of the direst possibilities for the key role of heading the Office of Management and Budget did not come to pass.

Biden had reportedly been considering some people who would have brought extremely conservative economic views, on the deficit in particular, to the role. Instead, he will name Center for American Progress head Neera Tanden, who—despite her ongoing Twitter beefs with many supporters of Sen. Bernie Sanders—is seen as a better choice on policy.

Several key members of his economic team have also been widely reported. Biden will pick Adewale “Wally” Adeyemo for deputy treasury secretary. Jared Bernstein and Heather Boushey will be on the Council of Economic Advisers, prompting cheers from many progressives, and the CEA will reportedly be led by Cecilia Rouse of Princeton University, who will be the first woman of color in that role.

Rahm Emanuel continues to be reported as a possible transportation secretary. It continues to be a terrible idea to give Emanuel any meaningful role in the Bien administration. Aside from any of the concerns about him dating to his time in the Obama administration or in House leadership, his role in covering up the police killing of Laquan McDonald is simply disqualifying.