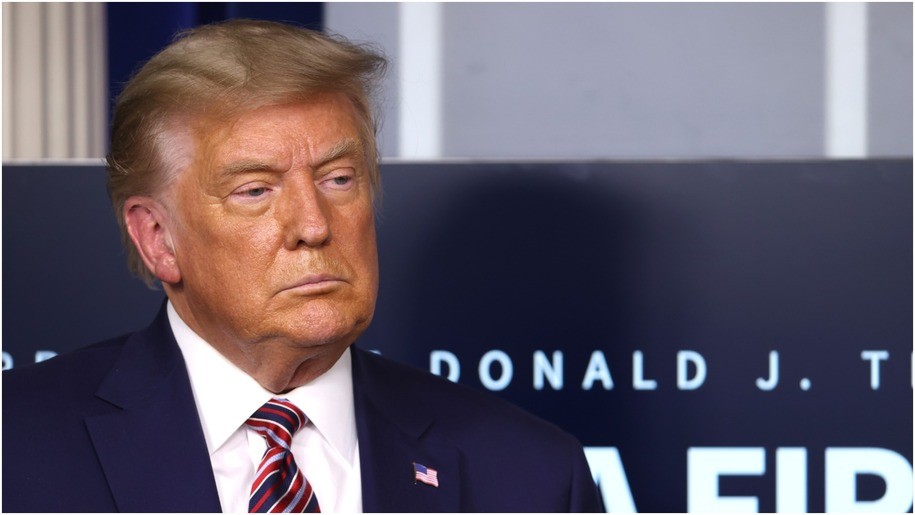 [Trump] has set his sights on one thing: sabotage.

He’s trying to sow doubts about the integrity of the election he lost by 6.3 million votes. On Sunday, Trump’s madness extended to suggesting his own FBI and Justice Department may have conspired to commit election fraud against him.

Trump’s treasury secretary, Steve Mnuchin, is shutting down emergency Federal Reserve lending programs that the Fed says “serve their important role as a backstop for our still-strained and vulnerable economy.”

In the Senate, Majority Leader Mitch McConnell, after busting up a covid-relief deal between the White House and Democrats, is now entering his seventh month of blocking pandemic relief, exposing millions to potential hunger and eviction.

Again and again, outgoing Trump officials have demonstrated their intention to salt the earth.

They’ve tried to jam through Senate confirmations of partisan cranks while planting regulatory time-bombs scheduled to detonate after President Trump leaves office. They’ve clawed back funding for emergency lending programs and then placed that money out of reach of the next treasury secretary. After years of swelling federal deficits, they’ve suddenly remembered their aversion to debt. And they’ve sown mistrust in the integrity of U.S. elections.

The latest sign of sabotage, though, has flown largely under the radar: Trump has been quietly dismantling the entire federal civil service — and possibly laying the groundwork for a massive, government-wide purge on his way out the door.

John Nichols at The Nation:

Unfortunately, a slow process of transition allows lame-duck presidents to do great damage during the two and a half months between Election Day in November and Inauguration Day in January, and Trump is already at it. But the greatest danger the soon-to-be-former president poses may be to the honest discourse that remains the lifeblood of American democracy: a free press. […]

Vigilance is going to be required on every front to reduce the harm that Trump can do before January 20. But defenders of the honest discourse that underpins democracy should be especially alert to the threat posed by the prospect that Trump’s FCC minions might respond to a presidential fit of pique by scheming to undermine the ability of social media to call out presidential lies.

Meanwhile, Paul Krugman at The New York Times says Biden will have to deal with Republican sabotage as well:

[I]n recent years we’ve seen what happens when a state with a Republican legislature elects a Democratic governor: Legislators quickly try to strip away the governor’s powers. So does anyone doubt that Republicans will do all they can to hobble and sabotage Biden’s presidency?

The only real questions are how much harm the G.O.P. can do, and how Biden will respond. […]

[A]lthough Biden is still talking in a comforting way about unity and reaching across the aisle, at some point he’ll need to stop reassuring us that he’s nothing like Trump and start making Republicans pay a political price for their attempts to prevent him from governing.

On a final note, Quinta Jurecic at The Atlantic writes an important piece on accountability for the claims made by Trump’s lawyers and dealing with the aftermath of Trump’s attack on our election:

So far, the Biden team’s approach seems to be to project calm and reassure Americans that the president-elect will take office as planned, the current chaos be damned—a continuation of sorts of Biden’s debate strategy of turning away from a bloviating Trump to calmly address the audience. This strategy has real merits as a means of denying disinformation the attention it needs to grow. But, as president, Biden will have to grapple with a Republican Party that has created a world for itself in which the Democratic Party and its voters, particularly Black voters, are not legitimate participants in democracy. The ultimate problem, as it has been for the past four years, is a political problem posed by the Republican Party’s racism and authoritarianism. And the political problem, unlike Trump’s lawsuits, is not going away.