Trump’s pardon of Flynn absolves him of ‘any and all possible offenses,’ even those not yet known 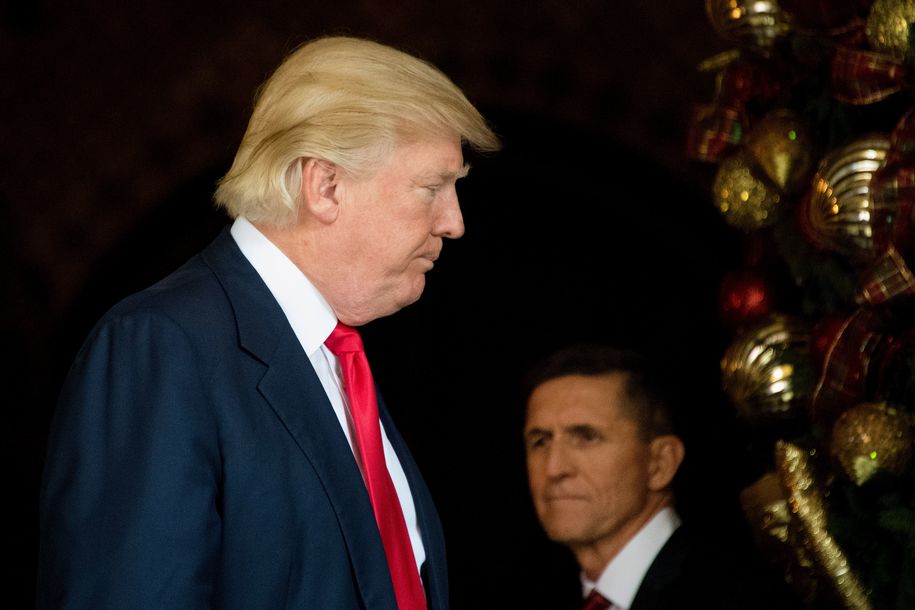 Last Wednesday, Donald Trump came through with the long-expected pardon of former national security adviser, and would-be kidnapper, Michael Flynn. That Trump would pardon someone whose crime was directly protective of his own actions in coordinating with Russia during the 2016 campaign was a huge middle finger to justice, and a challenge to the whole concept of what limits should fall on executive pardons.

But now that the actual pardon to Flynn has been revealed, that middle finger has been super-sized. Because Trump didn’t just absolve Flynn of the crime he confessed to in court (twice). Trump has written Flynn a pardon for the ages, a pardon for everything he did, even if it was not the subject of any legal action. It’s no longer possible to say that no man is above the law, because Trump has picked Flynn up and made him immune to any legal action.

On Monday evening, the Department of Justice formally moved for dismissal of the case against Flynn. In doing so, they released the full text of the pardon from Trump. And it’s astounding.

Trump provides to Flynn, “A full and unconditional pardon … for any and all possible offenses arising from the facts set forth … or that might arise, or be charged, claimed or asserted” based on any information uncovered by the FBI in investigating his crimes, from anything uncovered by the Mueller investigation, or from anything that was placed before any grand jury. It’s a pardon that says Flynn isn’t just free from his repeated lies to the FBI, but isn’t subject to prosecution for anything he may have done, no matter how serious.

And what Flynn did was definitely serious. From the very beginning, Flynn’s deal with the FBI was ridiculously good. After all, in addition to secretly consulting with the Russian ambassador prior to taking office, and making promises to Russian officials that undercut U.S. policy, Flynn repeatedly violated the rules against acting as an unregistered foreign agent in his dealings with Turkey. And that really did include not just openly calling for a U.S. resident to be sent to Turkey for certain execution, but scheming to make that happen even if it required an extra-legal kidnapping.

The deal Flynn was given indicated that he had offered to provide key information on the Trump campaign’s actions related to Russia. Then Flynn not only welched on that deal, he sat smugly even as a constant stream of new information made it clear that he had failed in his requirements to be open with investigators about his actions.

It’s now clear that the entire stream of Flynn’s actions—from dismissing the attorneys who negotiated for him a miracle deal, to hiring the odious Sidney Powell, to constant displays of pique in court—were designed for no purpose other than delay. Those efforts were matched by Bill Barr’s even more ludicrous moves from the DOJ side, moves that constantly raised the well-deserved ire of Judge Emmet Sullivan. In retrospect, it’s obvious that neither Flynn’s takesy-backsy declaration, nor Barr’s pulling out the rug beneath U.S. attorneys was ever intended to work.

Both were just delaying actions until the election was in the rearview and Trump was free to give Flynn his “laws, we don’t need no stinkin’ laws” pass.

The extent of that pass also makes it clear that Trump isn’t really concerned about Michael Flynn’s lies to the FBI. He’s more concerned about what Flynn might say if he ever really lived up to the terms of his original deal. It’s obvious that somewhere in the “any and all possible offenses” are some offenses that involve Trump. Offenses that Trump still, after four years, does not want anyone to hear.

Flynn getting a blanket pardon for all crimes past and present isn’t a sign of Trump’s strength, or even his anger over the Mueller investigation. It underlines that there really were crimes involved, and the cover-up is still ongoing. This is the real deal that Michael Flynn made from the beginning.