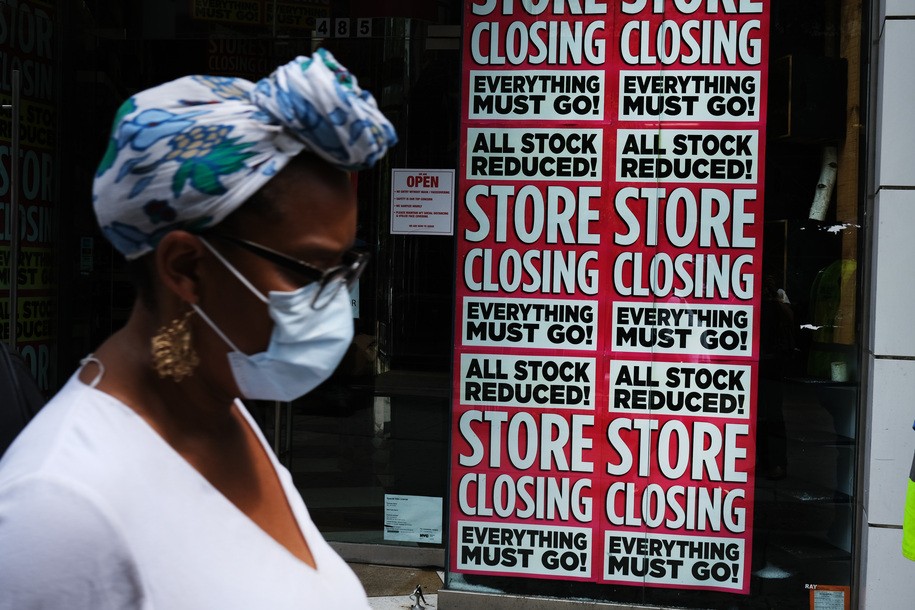 With just four weeks to go before millions of Americans lose their weekly unemployment insurance checks as programs expire and people laid off at the beginning of the coronavirus pandemic who still aren’t working exhaust their allowable benefits, the Department of Labor reported Thursday that another million of them had filed applications for initial benefits in the week ending Saturday, Nov. 28. That makes 37 weeks in a row that more than a million people have filed.

But while it’s obvious the economic situation remains dire as Americans in towns and cities across the nation queue up in overwhelming numbers at food banks and at least 4 million jobs have gone away permanently, the Government Accountability Office reported earlier this week that the DOL’s count of how many people are receiving unemployment benefits isn’t accurate because the unprecedented deluge of applications created backlogs and double-counting due to repeat applications over time by the same individuals. The former has created tallies that are too low and the latter tallies that are too high. The GAO doesn’t know how far off the numbers may be.

It recommended that the Labor Department revise its weekly news release to clarify that the numbers do not represent unique individuals filing claims, and to pursue options to determine the actual number of filers.</p>
But the flawed count is scarcely the biggest problem with the jobless relief programs. Congress created the Pandemic Unemployment Assistance program to provide benefits for self-employed and gig workers who aren’t eligible for regular state unemployment programs. PUA recipients were underpaid in most states. The payout was below the poverty line in 70% of the states that reported the data, according to The Wall Street Journal. In addition, as ProPublica reported, at least 9 million people who should have received a $1,200 stimulus check still hadn’t received one by mid-September. Most of those were people of low income who don’t file income tax returns and are harder for the government to track down. There’s been no report on how many of those millions have received their stimulus checks since September.</p>
Without action from Congress, on the day after Christmas, the PUA expires along with an emergency assistance program that gives the unemployed 13 extra weeks when their state unemployment benefits run out. In the majority of states, eligible people get 26 weeks of unemployment benefits, plus the 13 additional weeks provided by Congress. For anyone who lost their job when the pandemic started, those 39 weeks will also expire at the end of this month. According to a report by Andrew Stettner and Elizabeth Pancotti at the Century Foundation, 4.4 million workers have already exhausted their benefits.</p>
At the Economic Policy Institute,  Elise Gould and Josh Bivens write:

While this past summer’s rebound from the 22.2 million jobs lost in March and April started strong, job growth has since slowed considerably. The first dose of austerity was the expiration of the enhanced UI benefit in July—specifically, the PUC program that provided an extra $600 per week in benefits. Although the economy grew strongly in the third quarter based on momentum from businesses reopening and strong income support from the CARES programs, these PUC cuts will continue to take a serious toll on job creation going forward. As of October, the U.S. economy is still down 10 million jobs from where it was in February. If job growth continues to slow or even reverse course in the winter months as COVID-19 caseloads rise, states reshutter large swaths of businesses, and federal policymakers provide no additional aid to unemployed workers or state and local governments, it will be years before we return to anything resembling the pre-pandemic economy. It would be a tragedy to force U.S. workers to yet again wait a full decade between brief periods of tight labor markets that drive acceptable wage growth. […]
Having more generous and longer-lasting UI benefits turn off in the midst of a recovery that is still 10 million jobs short of pre-recession levels illustrates why these benefits should be dictated by economic conditions, not by the whims of Congress. Implementing effective automatic stabilizers—both in UI and for programs like federal fiscal aid to state and local governments—should be a pressing priority for the incoming administration.

They calculate that extending unemployment benefits beyond December in all programs would create in 2021 an increase in income of $441 billion, a 3.5% gain in gross domestic product, and 5.1 million jobs created or saved.
So there’s yet another task for the first 100 days of the Biden-Harris administration: initiating a complete overhaul of the nation’s 85-year-old unemployment insurance program. Among the changes should be uniformity in who gets covered and for how long in all the states. In a world with big Democratic majorities in Congress, that overhaul ought to be paired with a federal guarantee of a job for everyone who wants one. Obviously, no such majorities are on the horizon yet.