Donald Trump threatens to defund military because Twitter keeps pointing out that his lies, are lies 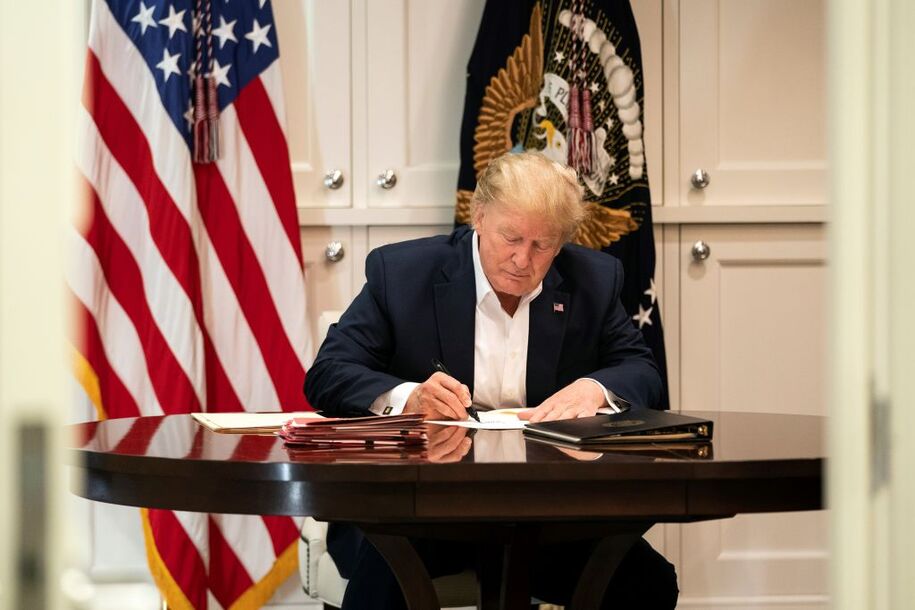 On Thursday evening, Donald Trump once again promised to veto a must-pass defense spending bill over one critical national defense issue: Twitter keeps putting warnings on his lies. The National Defense Authorization Act is required to authorize spending across the military, and failing to pass it immediately could actually have serious consequences—the exact kind of failure to support both troops in the field and defense at home that Republicans usually (and falsely) claim when arguing for increases to the Defense Department budget.

Despite the vital nature of the bill, Trump has repeatedly promised that he will veto the bill unless it kills Section 230 of the Communications Decency Act. That’s the section that allows any site which displays public comments (including Daily Kos) to operate knowing that they won’t immediately be held liable for every lie, threat, and call to violence that someone slips onto their pages. To date, Twitter and other social media sites have not refused to accept Trump’s lies, threats, and calls to violence, but they have tagged them with warnings.

But calling a lie a lie is a bridge too far for a man whose primary mode of communication is lying.

To be fair, the reason this bill is so resolutely essential and absolutely must pass is because it’s designed to be essential and absolutely must pass. Structuring defense spending in this way gives lawmakers an annual opportunity to tack onto the Defense Authorization Act issues that they don’t believe could pass on their own, so long as they can garner enough support to tape them onto the bill as an amendment. Amendments already proposed for the 2021 spending bill include: A call for new federal controls on artificial intelligence, changes in how NOAA promotes and pays its personnel, changes in how the military handles recruiting and college costs, changes on policies for immigrants from Liberia, policies around military personnel quarantined because of COVID-19, and extending that life of the International Space Station. And that’s just a sampler.

What’s not in there is the amendment that Trump desperately wants—one to remove Section 230 so that he, and every other liar, racist, and terrorist—can post whatever they want and leave social media sites to deal with the consequences. Because it’s not there, Trump has repeatedly promised that he will veto the bill. He renewed that threat on Wednesday evening.

There is no doubt there are problems with Section 230. Democratic politicians, including Joe Biden, have also called for the rules to be replaced. This came after sites such as Facebook hid behind Section 230 in explaining why they weren’t doing anything about literal nazis spreading hate speech on their site. Facebook also demonstrated singular reluctance to do anything about policing political ads full of obvious lies, making it clear that their real position wasn’t one of protecting “free speech,” but more centered around how much profit could be made from ignoring lies, even when those lies were causing active harm.

The Electronic Frontier Foundation has called Section 230 “one of the most valuable tools for protecting freedom of expression and innovation on the Internet” and “the most important law protecting free speech online.” Originally created in 1996 as part of a compromise between Democratic Sen. Ron Wyden and Republican Rep. Chris Cox, there is no doubt that Section 230 failed to anticipate the current state of social media and needs to be updated. A lot.

But jerking Section 230 out of the law without replacement text wouldn’t necessarily result in the kind of wild wild west that Trump seems to want; a land where he can tweet lies about the election without concern that someone will provide a correction. Instead it would likely require most sites to implement immediate and strict restrictions, if not a complete lockdown, of online speech.