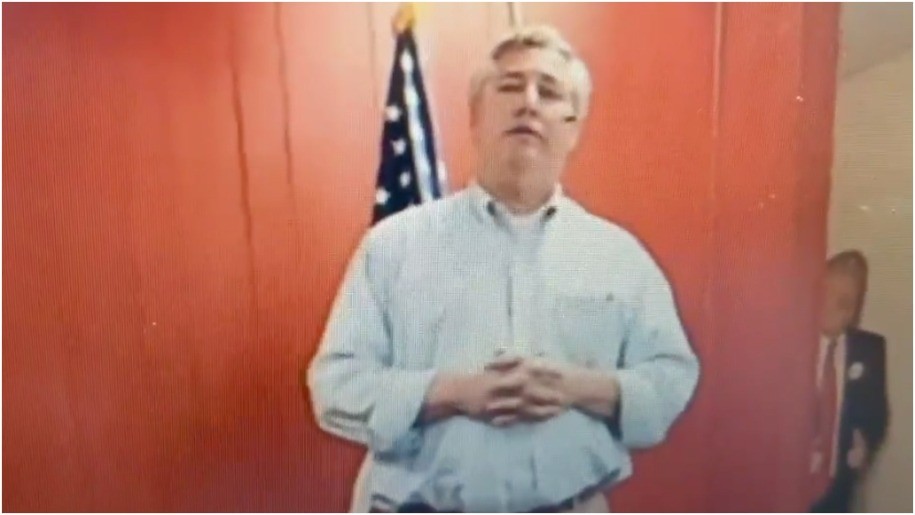 Republican Sens. David Perdue and Kelly Loeffler really have a way of attracting the lowest of low GOP support. This time, it came in the form of Florida attorney Bill Price admitting in a Facebook Live video that he plans to move to Georgia to fraudulently vote in the upcoming Senate runoff. “I’m changing my voter registration right now, and I’m inviting 2 million people to be my roommate if they want,” Price said in since-deleted video initially discovered by Channel 2 Action News. “We’ll make room for you at the dinner table, but we have to win that election in Georgia. And so I’m moving to my brother’s house in Hiram, Georgia, and I’m registering to vote.”

Price was speaking to Bay County GOP members about 30 minutes after the election was called for President-elect Joe Biden on Nov. 7, Channel 2 reported. When the news station confronted him, he tried to pass his remarks off as a joke, but an affidavit Channel 2 obtained confirmed that he did actually use his brother’s address and swore that he was eligible to vote in Georgia. “Thanks for reaching out. I did not change my voter registration and I don’t have 2 million roommates,” Price told Channel 2 in a statement. “But if my humorous comments bring attention to the massive and widespread voter fraud in Georgia, I would submit to you that it’s a good thing.” Fredrick Price, the sibling in question, backed up his brother’s apparent lie. “The whole thing was just tongue- in-cheek,” he told Channel 2. “There’s nothing here. “

The roomful of Republicans he spoke to obviously didn’t consider the lawyer’s advice a joke. “We can truly register at that address?” one woman reportedly asked. “Sure,” Price responded, according to Channel 2. Another woman reportedly asked: “And can it be anywhere in the state of Georgia you can register? So if you’ve got cousins, dogs, cats that live somewhere else, it doesn’t need to be one particular county?” “Yep,” Price reportedly responded. “This is going to be a statewide election on Jan. 5th.”

In the video, Price spoke for nearly an hour in what sounded like a fear-induced rant at times. He warned that the United States could become a mirror of Venezuela’s economic crisis and that the country was already well on its way to granting Washington, D.C., and the U.S. territory of Puerto Rico statehood. He wasn’t wrong in the latter example. House Democrats passed a bill in June aimed at declaring Washington, D.C., a state and enfranchising 30,000 veterans who live in the nation’s capital but don’t have a vote in the very government they fought to defend.

Senate Republicans, of course, condemned the effort as an attempt to weaken the power of rural states. Senate Majority Leader Mitch McConnell spoke out against the proposal, as well as life-saving pandemic response measures, during the Republican National Convention in August. “They want to tell you when you can go to work, when your kids can go to school,” McConnell said. “They want to tax your job out of existence and then send you a government check for unemployment. They want to tell you what kind of car you can drive, what sources of information are credible and even how many hamburgers you can eat.

“They want to defund the police and take away your Second Amendment rights. They want free health care for illegal immigrants, yet they offer no protection at all for unborn Americans. They want to pack the Supreme Court with liberals intent on eroding our constitutional rights, and they want to codify all this by making the swamp itself, Washington D.C., America’s 51st state. With two more liberal senators, we cannot undo the damage they’ve done.”

“They will make Puerto Rico and possibly Washington D.C.— although under the Constitution I think that Congress is supposed to—but whatever. They don’t care. If they have all three houses, if they have both houses of Congress and the presidency, it’s no-holds barred. They do whatever they want, and they take your property. They take all your rights. They take any guns that you ever hope to keep, and they take everything else.

“We have to win on January 5, and I will invite each and every one of you to be my roommate in Georgia. I’m moving to Georgia. I’m changing my voter registration right now, and I’m inviting 2 million people to be my roommate if they want. We’ll make room for you at the dinner table, but we have to win that election in Georgia. And so I’m moving to my brother’s house in Hiram, Georgia, and I’m registering to vote. And we are going to win that election in January, and that’s what needs to be done.

“If you don’t want to do it, fine. Might as well move to Venezuela now because get used to that lifestyle ‘cuz that’s what’s coming. We absolutely have to hold the Senate, and we have to, we have to start fighting back. And we have to do whatever it takes. And if that means changing your address for the next two months, so be it. I’m doing that. I’m moving to Georgia, and I’m gonna fight. And I want you all to fight with me.”

Georgia Secretary of State Brad Raffensperger said in a partly recycled statement to Channel 2 that the video is being investigated. “Make no mistake, individuals who attempt to undermine the integrity of Georgia’s elections will be investigated and prosecuted to the fullest extent of the law,” Raffensperger said in the statement. “Those who move to Georgia just to vote in the Senate runoffs with no intention of staying are committing a felony that is punishable with jail time and hefty fines. They will be found, they will be investigated, and they will be punished.”