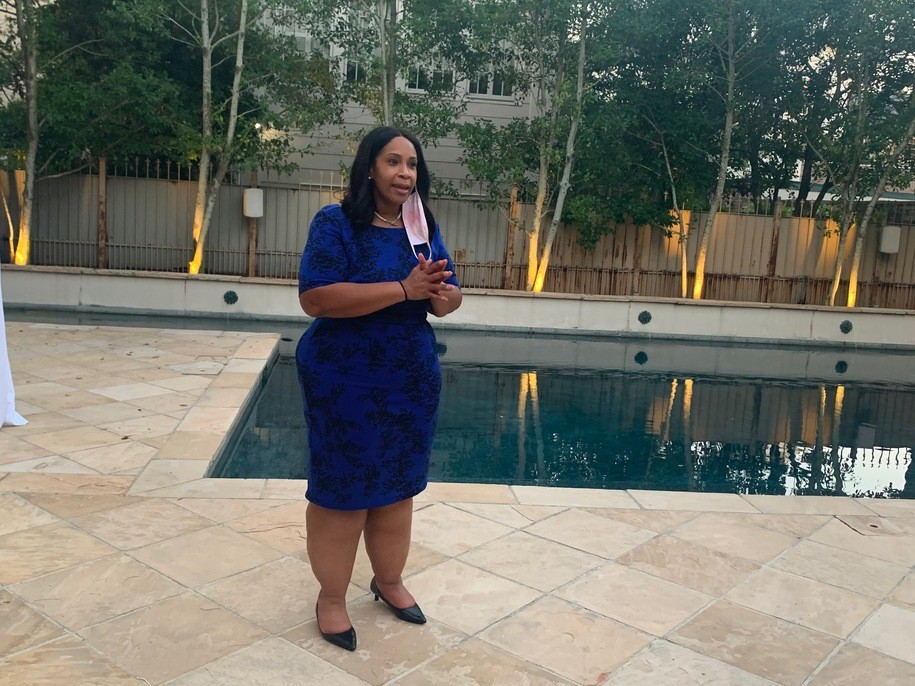 ● Orleans Parish, LA District Attorney: Voters in New Orleans go to the polls Saturday in the all-Democratic runoff to choose a replacement for retiring District Attorney Leon Cannizzaro, who leaves office with a reputation as one of the most punitive prosecutors in the entire country. Whoever wins will likely push policies that represent an improvement over the status quo—the question is just how much.

Former Judge Keva Landrum, who served as interim district attorney in 2007 and 2008, took first place in the Nov. 3 all-party primary with 35%, while New Orleans City Council President Jason Williams took second with 29%. The winner will be elected to a six-year term as district attorney for Orleans Parish, which is coterminous with the city of New Orleans.

Both contenders have promised never to seek the death penalty and have pledged to bring other changes to the office. Williams, however, has adopted a much broader reformist approach than Landrum, who describes herself as “tough on violent crime.” But Williams’ campaign has been hobbled by his federal indictment for tax fraud earlier this year, charges he’s argued resulted from “an old-school political tactic” to damage his chances.

The Appeal’s Katie Jane Fernelius wrote in October that only Williams has promised “to never make use of the habitual offender statute to enhance defendants’ sentences,” which Cannizzaro often employed during his 12 years in office. Landrum, by contrast, has said she’d continue to charge people this way, though she said she’d limit the use of this power to “exceptional circumstances with supervisory approval.”

Williams has also said he won’t seek to try underage suspects—97% of whom are Black—in adult courts. Landrum, again, has said she’d only make such transfers “in extreme circumstances,” though she didn’t say what those would be.

The divide extends to marijuana possession as well: Williams has pledged to drop all marijuana possession charges, while Landrum says she might drop them—or transfer them to a lower municipal court. Landrum’s critics have pointed out that she prosecuted repeat marijuana offenders as felons during her time as interim district attorney even though the office previously treated most of these cases as misdemeanors.

Landrum, for her part, has defended her stint as district attorney, saying, “Most people don’t know that I led the charge for our court to move forward and implement reform.” She has also emphasized her experience in the post, saying, “The best way to change a system is to work within it and learn that system.”

Williams, who holds one of two citywide seats on the New Orleans city council, might have started the race with an advantage in name recognition, but his indictment represents a liability of unknown proportions. The councilman has pleaded not guilty, claiming his tax preparer had misrepresented his credentials and filed error-filled forms with the IRS without Williams’ knowledge.

Williams has also insisted that Cannizzaro and his allies “used that same power and influence to come after me in an effort to scare me away from running for D.A. and interfere with yet another election.” Cannizzaro has denied having anything to do with the charges, which were filed by federal, not local, prosecutors. A trial is scheduled to begin in January.

Williams, by contrast, has the endorsement of City Councilwoman Helena Moreno, who holds the council’s other citywide seat, and Morris Reed, who took fourth place last month with 8%. Williams may also be better-positioned than Landrum to win over the 28% of voters who supported third-place finisher Arthur Hunter, who like Williams emphasized criminal justice reform, but Hunter has not taken sides in the runoff.

● GA-Sen-A, GA-Sen-B: A new SurveyUSA poll on behalf of Atlanta-based TV station 11Alive finds both Democrats leading in both runoffs. In the regular election, Democrat Jon Ossoff has a narrow 50-48 edge on Republican Sen. David Perdue, while in the special election, Democrat Raphael Warnock has a wider 52-45 advantage on Republican Sen. Kelly Loeffler. Given the attention and money being devoted to both races, there’s been little polling since Election Day, but these numbers are the first to show Ossoff in front and also represent the biggest lead Warnock has seen.

Separately, BuzzFeed reports that the ultra-wealthy Loeffler, who promised to donate her government salary to charity, has given a large portion of it to an anti-LGBTQ adoption agency and several anti-abortion “crisis pregnancy centers.” Meanwhile, the Heritage Foundation’s political arm is running a new ad attacking Warnock using some more clips from his sermons, including one where he says, “America needs to repent for its worship of whiteness.”

● VA-Gov: The Hill’s Reid Wilson reports that wealthy venture capitalist Pete Snyder is “expected” to “imminently” join the field of GOP hopefuls seeking the governorship in Virginia next year and could self-fund his bid. Snyder ran for the Republican nod for lieutenant governor in 2013 but lost out to the notorious E.W. “Yoga makes you worship Satan” Jackson at a party convention (if you don’t know who Jackson is, start here).

Speaking of, Republicans will decide this Saturday whether they’ll host a convention again or if they’ll opt for a traditional primary. Given the pandemic, the latter is the only sensible course of action, which means we have no idea what the GOP will choose.

● LA-05: The Pelican State will hold runoffs Saturday for races where no candidate took a majority of the vote in the Nov. 3 all-party primary, which gave us an all-Republican contest to succeed retiring GOP Rep. Ralph Abraham in northeast Louisiana’s conservative 5th District. Luke Letlow, a former Abraham chief of staff who is running with his old boss’ support, took first place last month with 33%, while state Rep. Lance Harris was a distant second with 17%.

While the first round was largely a positive affair, the runoff has been more heated. Harris has run ads arguing that Letlow grew wealthy working for politicians like former Republican Gov. Bobby Jindal. Jindal left office in early 2016 with disastrous approval numbers statewide, and Harris seems to be betting that he’s still toxic enough nearly five years later to hurt Letlow, especially among Democratic voters who no longer have a candidate of their own. (A trio of Democratic candidates collectively took 29% in the first round.)

Letlow, for his part, is accusing Harris of playing a part in crafting the “largest tax hike in Louisiana history” and has attacked him for promoting legislation that would help his chain of gas stations. Letlow continues to enjoy the same large financial advantage he did before Election Day, reporting a $231,000 to $91,000 cash-on-hand lead in mid-November.

● NJ-07: Politico’s Matt Friedman reports that it’s “almost taken for granted” (presumably by New Jersey operatives) that Republican Tom Kean Jr. will seek a rematch in 2022 against Democratic Rep. Tom Malinowski, who fended off his challenger by a skinny 50.6 to 49.4 margin last month. However, notes Friedman, Kean might first have to win a competitive re-election battle next year for his seat in the state Senate, where he’s minority leader—unless he bails on the legislature entirely.

Kean’s campaign hasn’t responded to queries about whether he’ll run for another term as senator, but if he were to, that would leave him little time to turn around and take on Malinowski again (and if he loses, that would be a big black mark). There’s also the matter of redistricting, which could alter the 7th District in unknowable ways. Kean won’t have the luxury of waiting to find out, though: A decade ago, the ostensibly neutral tiebreaker who presided over New Jersey’s redistricting commission didn’t pick a new map until just before Christmas 2011.

Beasley has requested a so-called “hand-to-eye” recount, which the state Board of Elections explains consists of an examination of all ballots in 3% of each county’s precincts, chosen at random. If the results of such a recount, extrapolated to the entire state, “would result in the reversing of the results,” the BOE explains, then all ballots statewide would undergo a hand-to-eye recount.

Republicans won the other two state Supreme Court races on the ballot last month, so a Newby victory would reduce the Democratic edge on the bench from 6-1 to just 4-3. No matter whether Newby ultimately wins, the GOP victories in the other races means Republicans will now have a chance to regain a majority as soon as 2022, when three Democratic-held seats will be up for election. Democrats have controlled the court since the 2016 elections.

● DCCC: House Democrats elected New York Rep. Sean Patrick Maloney to lead the DCCC for the coming cycle, choosing him over California Rep. Tony Cárdenas by 119-107 margin in a secret-ballot vote. Maloney, who is gay, is the first LGBTQ person to chair the committee.