A couple boarded a plane to Kauai despite positive COVID-19 tests. They were arrested when it landed 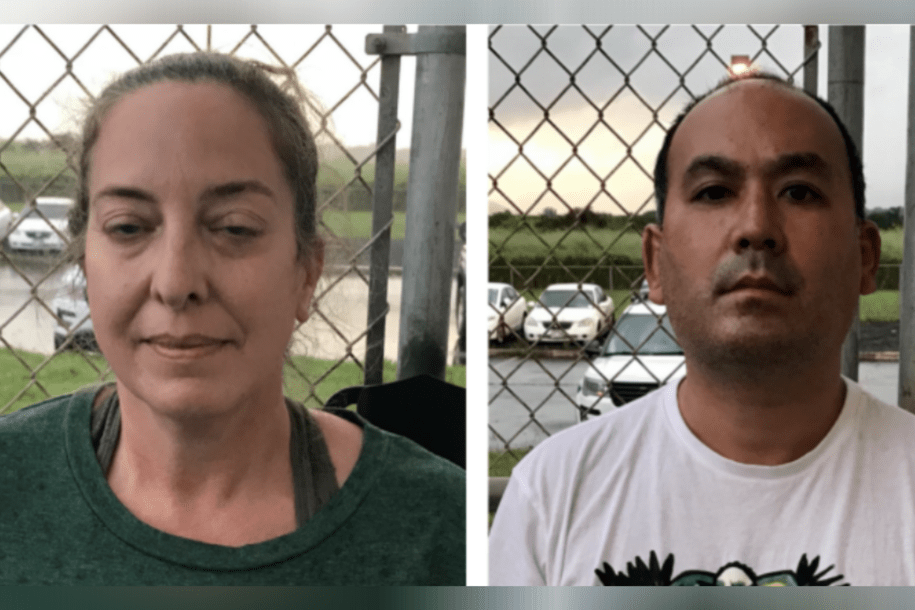 As cases of the novel coronavirus increase nationwide, individuals are still traveling from state to state despite advisories not to from the Centers for Disease Control and Prevention. While airlines are reminding individuals to quarantine and stay home if feeling sick or exposed to someone who has been, some people do not care and are still traveling. Airlines have no way to ensure passengers exposed to the virus are canceling, outside of pre-travel tests and voluntary surveys if they test negative. But as cases continue to climb, many states are requiring travelers to quarantine in addition to implementing penalties for those who fly with COVID-19. Those who test positive are not permitted to fly.

In one incident, a couple traveled from California back to their home state of Hawaii despite testing positive for COVID-19 during a pre-travel test. They were arrested shortly after landing on Nov. 29 and charged with second-degree reckless endangerment after boarding the flight despite being told not to, ABC News reported. According to a statement from the Kauai Department of Health, the couple, identified as Wesley Moribe and Courtney Peterson, were flying home to Lihue Airport in Kauai from San Francisco via United Airlines when officials discovered they received a positive result in a pre-travel coronavirus test.

A spokesperson for Kauai police, Coco Zickos, confirmed Wednesday that San Francisco International Airport officials told the couple to isolate and not fly. However, the couple still boarded the flight with their 4-year-old child. As a result, the two were arrested and their child was taken home by a family member, in addition to Child Protective Services being notified “They knowingly boarded a flight aware of their positive COVID-19 test results, placing the passengers of the flight in danger of death,” Zickos told NBC News.

The couple posted bail set at $1,000 each. If convicted, the two could face up to a year in jail and a $2,000 fine. It is unclear at this time if either Moribe or Peterson has retained an attorney. “The Kauai Police Department, working alongside our county and state partners, remain diligent in protecting the health and safety of our island,” Chief of Police Todd G. Raybuck said in a statement. “We continue to request visitors and residents alike to follow the Governor’s Emergency Rules and take all necessary precautions to prevent the spread of COVID-19.”

According to The Washington Post, the arrest is the latest incident of flight passengers ignoring safety guidelines when traveling to Hawaii. Since the start of the pandemic, Hawaii has arrested multiple residents and tourists for violating safety measures put in place in an effort to stop the spread of COVID-19. In one incident, a tourist from New York was arrested in May after sharing pictures of himself on the beach on Instagram when he was supposed to be in a mandatory quarantine, Daily Kos reported.

While cases in the state have declined, the state saw an increase as tourists visited despite advisories not to travel, resulting in local officials establishing a pre-travel testing program, called the Safe Travels program, to curb the virus at the start of the pandemic. The couple had participated in this mandatory program, which required a test pre-travel and completion of a health form.

As a result of their selfish and irresponsible actions, both Moribe and Peterson have been banned from any United flights, a spokesperson for the airline confirmed.

“The health and safety of our employees and customers is our highest priority, which is why we have various policies and procedures in place as part of a multilayered approach to create a safer travel environment, including mandating that everyone onboard wears a mask,” United Airlines said in a statement Wednesday. “Prior to traveling, all United customers are required to complete a ‘Ready to Fly’ checklist acknowledging they have not been diagnosed with COVID-19 in the last 14 days.”

Traveling amid a pandemic when health officials are encouraging residents not to is one thing, but traveling while being aware of the risk you are putting others in is beyond selfish. By boarding this flight, Moribe and Peterson put the lives of not hundreds but thousands of individuals at risk. COVID-19 is a deadly virus and should not be taken as anything less.

As of this report, there have been at least 18,117 cases of COVID-19 and 242 deaths as a result in the state of Hawaii, according to The New York Times database.