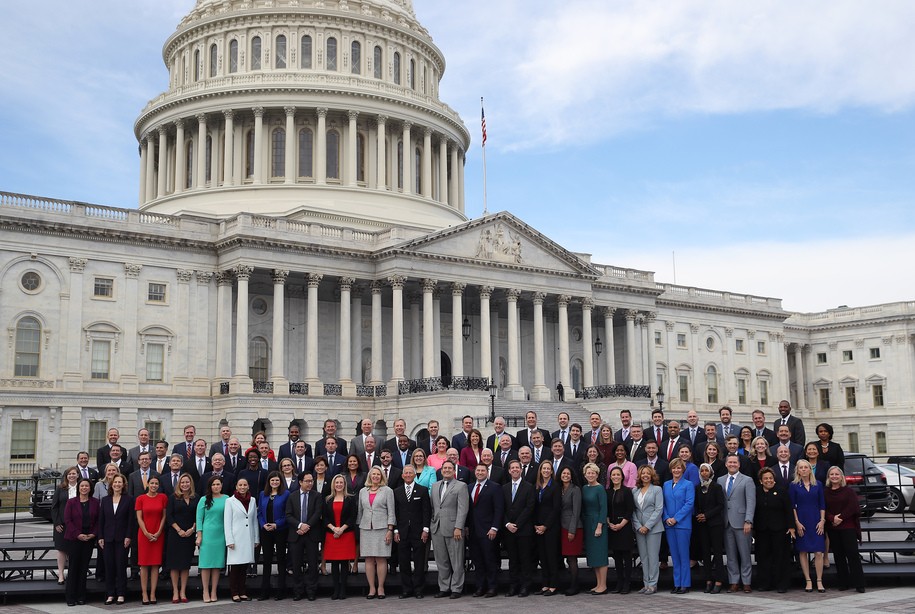 It’s hard to argue that any citizens have been more targeted under the Trump administration than those living in Democratic-led states, which was by Donald Trump’s own vindictive design. Whether it was singling them out for punishment with tax legislation, stealing their medical supplies, holding out disaster relief, or even attacking their citizens with his gestapo forces, Trump and his Republican allies did whatever they could to make blue state citizens suffer. Just recently, Trump even threatened to deny the COVID-19 vaccine to deep-blue New York.

There are a lot of things Joe Biden needs to tackle that have been neglected by the current administration, including health care, the pandemic, climate change, and growing unemployment. If Republicans hold onto the Senate, they will try to roadblock each of these items. With that possibility in mind, I propose that one of the first bills the Biden administration request from Congress is one that Republicans should all jump on: an anti-socialism bill. Here’s a quick summary:

What Republican could possibly argue with this?  Turns out, quite a few of them!

For the past four years, I’ve recoiled in horror while a resentful Republican Party, drunk on power, terrorized people residing in Democratic areas. During the COVID-19 crisis, Trump had ventilator shipments seized in blue states so he could redistribute them to red states. Here in Florida, Gov. Ron DeSantis received more COVID-19 aid than he asked for, while the governors of Michigan and New York had to fight for what they needed because of Trump’s petty feuding. A shipment of 3 million N95 masks headed for Massachusetts were seized at port, and Maryland’s governor literally had to hide COVID-19 tests at an undisclosed location to keep the Feds from taking them. Worst of all, a life-saving national testing strategy was sabotaged because Jared Kushner believed deaths from the coronavirus would primarily affect blue cities and states. It is unbelievable that genocide was a literal Republican policy in 2020.

According to former Department of Homeland Security (DHS) Chief of Staff Miles “Anonymous” Taylor, when he reported four million acres burning in California, Trump immediately whined about how badly former Gov. Jerry Brown and current Gov. Gavin Newsom had treated him. Trump also railed about California not voting for him in the 2016 election, saying “If they don’t support me, I’m not gonna support them.” Trump ultimately refused to send disaster relief.

The rhetoric against blue states hit a fever pitch after the passage of the CARES Act when Democratic leaders in New York and California were lectured about fiscal responsibility by the likes of Rick Scott and Mitch McConnell—two of the least qualified people in the Senate to speak about such things. Scott, a Florida man who literally got rich by defrauding the government, said it wasn’t fair to reward “liberal politicians in states like New York for their unwillingness to make tough and responsible choices.” Majority Leader McConnell, who went to Washington, D.C. with no money and is now somehow the seventh-richest Senator, insisted that giving any relief to New York was a “blue state bailout.” Further, he said he’d rather states go bankrupt than get aid, and attacked Democratic states as reckless spenders.

Not only do citizens in Democratic-led states send way more taxes to Washington than their red counterparts, they also receive much less back in federal spending. When aid was being withheld from New York and California, it wasn’t money from taxpayers in Florida or Kentucky that was being “saved.” It was New York’s and California’s own money to which they were prevented from gaining access.

Blue states are getting screwed, and if their senators were smart, they’d beat the GOP to the punch. In 2021, Republicans are going to suddenly pretend they’re deficit hawks under President Joe Biden, even though the deficit increased over $5.2 trillion under the short reign of Trump. The fix Democrats should propose is simple: Stop extravagantly subsidizing the red states.

Republicans have a very long history of calling Democrats “socialists,” and their entire platform seems to be attacking anything the government does to help people as “socialism.” With that in mind, senators from blue states such as New Jersey and New York should introduce an anti-socialism bill in the Senate. The bill should read that any state that has paid more in federal taxes than they received for three consecutive years should be exempted from subsidizing the other states for three years as well. This prevents “maker” states from subsidizing “taker” states. New York and New Jersey are always, without fail, at the top of the list of the “maker” states, followed in some order by California, Massachusetts, Connecticut, and Illinois.

That’s both welfare AND socialism! I’d love to see red state leaders defend this, but just to drive home the point, we could have the bill ban socialism at the state and local level: no state-run banks, no government-controlled utilities, no universal income, and no state-owned corporations, just to name a few. Republicans would love that, right?

Although that wouldn’t be an issue with any blue state, you would definitely see strong protests coming from politicians in states you might not have thought of.

There are other states that embrace socialist systems and policies, but I think I’ve made my point. Many blue states don’t have much interest in farm price supports, subsidies for land management and forestry, or ensuring internet access to rural areas. For that matter, the overwhelming majority of folks on Temporary Assistance for Needy Families (TANF)—often referred to as “welfare”—are poor whites—Trump’s base—in dark red, rural areas. This is a truth even Trump refuses to believe.

Of course, I’m not serious that we should end any of these valuable programs. I’m fine with the highly educated, tech-savvy blue areas sharing a bit to help out their fellow Americans. But I think it’s time red states stop taking advantage of them. As Keith Olbermann explains, blue state residents are simply not getting their money’s worth.

“Connecticut pays $8 billion more than it gets back. Massachusetts, $9 billion. New Jersey, $12 billion. California, $14 billion. Illinois, $15 billion. New York, $22 billion. All so that the states that cannot fend for themselves can continue to, you know, eat, and send QAnon terror cultists (Rep.-elect Marjorie Greene) and Eagle’s Nest Nazis (Rep.-elect Madison Cawthorn) to the House and Senate.”

You can only bite the hand that feeds you so many times before you never see that hand again. Blue state senators must demand reform in upcoming budget discussions. No more massive handouts to the red states. No more terrorizing the blue states by electing hatemongers to high positions of power. No more withholding aid to urban areas.

And no more attacks on the election, or the voters in major cities. These folks are subsidizing people who hate them, and they deserve better.