Morning Digest: Maine’s Jared Golden ran 13 points ahead of the top of the ticket 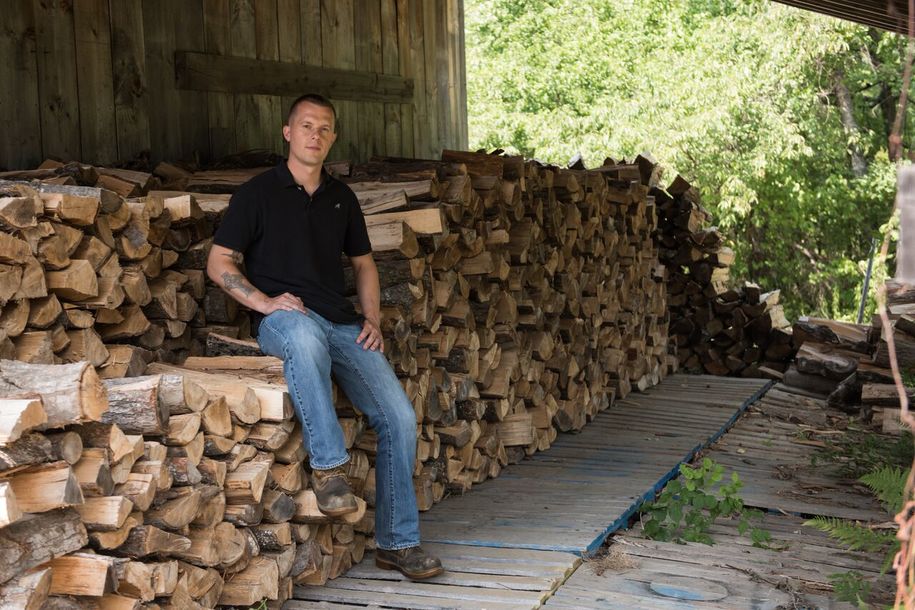 ● Pres-by-CD: Our project to calculate the 2020 presidential results for all 435 congressional districts nationwide goes to Maine, where Democratic Rep. Jared Golden won a second term even as Donald Trump once again carried his 2nd Congressional District. We’ll also be taking a look at the seven states that are home to only one U.S. House seat. You can find our complete data set here, which we’re updating continuously as the precinct-level election returns we need for our calculations become available.

Joe Biden carried Maine, which has backed every Democratic presidential nominee since 1992, by a 53-44 margin, which was a notable improvement on Hillary Clinton’s 48-45 performance there in 2016. Maine, however, gives an electoral vote to the winner of each of its congressional districts (the only other state to do this is Nebraska), and for the second cycle in a row, the 2nd District went to Trump. This seat in the northern part of the state supported Trump 52-45, a somewhat smaller margin compared to his 51-41 performance there four years ago but still a clear win. You can find a larger version of our map here.

Despite Trump’s victory at the top of the ticket, though, Golden defeated Republican Dale Crafts 53-47. At the start of the cycle, Republicans had planned to target Golden, who had flipped this seat in a tight 2018 race, but major outside groups on both sides dramatically cut their ad buys in the final weeks of the race in what Politico characterized at the time as “a sign of no confidence” in Crafts.

Biden took the 1st District, meanwhile, by a 60-37 margin, which was also a big shift from Clinton’s 54-39 win. This seat, which contains Portland, has been solidly blue turf for decades, and Democratic Rep. Chellie Pingree won her seventh term 62-38.

While Democrats control the governorship and both houses of the legislature, redistricting isn’t likely to alter Maine’s congressional boundaries all that much. The state requires two-thirds of each chamber to pass a new map, and there are more than enough Republicans to block any districts they view as unfavorable. If the legislature deadlocks, the state Supreme Court would take charge of redistricting.

We’ll now take a look at the nation’s seven at-large congressional districts. Alaska supported Donald Trump 53-43, a smaller margin than his 53-38 showing in 2016. This was the closest a Democrat’s come to winning the Last Frontier’s three electoral votes since 1992, when George H.W. Bush edged out Bill Clinton 39-30 as Ross Perot was taking 28%. Biden’s 43% was also the highest for Team Blue since 1964, when Lyndon Johnson became the only Democratic candidate to ever carry Alaska.

Rep. Don Young, a Republican whose nearly 48 years in office makes him the House’s longest serving current member, faced a rematch this year against Alyse Galvin, an independent who won the Democratic nomination. While outside groups for both parties spent heavily, Young won 54-45, an improvement from his 53-47 showing in 2018.

Democrats also made a serious effort to flip Montana’s open House seat but came up short. Trump’s 57-41 margin of victory was smaller than his 56-36 showing four years ago, but the state still wasn’t close. Republican Matt Rosendale beat Democrat Kathleen Williams 56-44, a win that came two years after Rosendale lost his challenge to Democratic Sen. Jon Tester by a 50-47 margin. It was also a much bigger defeat for Williams than in her previous attempt for this seat in 2018, when she fell to now-Gov.-elect Greg Gianforte 51-45.

Biden, meanwhile, improved on Clinton’s performance in his home state of Delaware and in Vermont, where Democratic Reps. Lisa Blunt Rochester and Peter Welch, respectively, also had no trouble winning re-election. North Dakota, South Dakota, and Wyoming remained safely red turf up and down the ballot. Wyoming, which backed Trump 70-27, also gave him his largest margin of victory in any state for the second cycle in a row.

Congressional redistricting hasn’t been a factor in any of these seven states in some time, but there’s a very good chance that Montana could regain the second House seat that it lost after the 1990 census. However, while Gianforte’s win in this year’s gubernatorial race gives Team Red the trifecta it lost in the 2004 elections, state law grants a bipartisan commission responsibility over redistricting matters. Rhode Island, meanwhile, could soon join the list of at-large states, as population growth patterns suggest its two seats will shrink to one following reapportionment.

Ossoff excoriates Perdue in a new ad for “doing nothing” to alleviate the pandemic and “blocking relief for the rest of us.” Warnock, meanwhile, holds aloft a photo of his father, an Army veteran born in 1917 who served in World War II, calling him his “hero.” Warnock blasts Loeffler for “taking my words out of context to try and fool you into believing that I don’t respect members of the military, like my own father.”

Finally, AdImpact reports that total ad spending across both runoffs has reached $315 million, with $170 million of that devoted to the special election. In that contest, Warnock has outspent Loeffler $60 million to $45 million so far, but outside GOP groups have spent $53 million versus just $13 million for Democrats.

However, as AdImpact notes, the difference between the third-party spenders is “misleading.” That’s because at least one large Republican super PAC, American Crossroads, has spent $44 million on ads that will run straight through Jan. 5. Democratic groups, by contrast, have all booked airtime on a week-by-week basis.

● CO-Sen, CO-Gov: Outgoing Republican Sen. Cory Gardner, who just lost to Democrat John Hickenlooper 54-44 last month, has declined to rule out bids against either Sen. Michael Bennet or Gov. Jared Polis, two Democrats who are both up for re-election in 2022.

● PA-Sen, PA-Gov: Republican Rep. Glenn Thompson, who recently said he’d “like to be the first member of Congress from Pennsylvania in 202 years to chair the House Agriculture Committee” in describing his feelings about a bid for Senate or governor, was elevated to the post of “ranking member” on the committee by his GOP colleagues this week. That makes him the most senior Republican on the committee and puts him in line to chair it in two years’ time should the GOP win back the House in 2022.

● IL-Gov: State Rep. Darren Bailey, who wouldn’t rule out a run for governor in a radio interview over the summer, just decided to pick a Facebook fight with Rep. Adam Kinzinger, a fellow Republican whom Capitol Fax’s Rich Miller says is “widely rumored” to also be considering a bid against Democratic Gov. J. B. Pritzker.

Kinzinger has been just about the only congressional Republican to explicitly call out Donald Trump’s “baseless conspiracies” about the election, as he put it, earning the ire of true believers like Bailey, who termed Kinzinger’s view that Trump should accept reality and stop undermining democracy “appalling.”

● NV-Gov: Republican Rep. Mark Amodei says in a new interview with the Las Vegas Review-Journal‘s Colton Lochhead that he’s “gonna look at” a challenge to Democratic Gov. Steve Sisolak, who’s up for re-election in 2022. For almost six years, Amodei’s half-heartedly sought an escape from Washington, D.C., whose culture, he said at a 2015 town hall, “sucks.” Not long after, he began mooting a bid for governor in 2018 but ultimately declined—and then said he might run for state attorney general that year … but ultimately declined.

In fact, Amodei even suggested he might retire that cycle, though he wound up seeking another term and winning comfortably in northern Nevada’s rural 2nd District, which twice backed Donald Trump by double digits, according to new Daily Kos Elections calculations. Perhaps as a consequence, he was dogged by retirement rumors last year, though he pushed back against them firmly early on and easily won again.

However, he nearly courted electoral disaster when he expressed the slightest openness to impeaching Trump and inspired the Club for Growth to push for former state Attorney General Adam Laxalt to challenge Amodei in the GOP primary. Amodei had earlier accused Laxalt of coveting his seat and fomenting the chatter that he might quit, but in the end, Laxalt left the congressman alone.

Things might play out differently in a gubernatorial race, though. Lochhead says that Laxalt and former Sen. Dean Heller are both “rumored” to be considering bids against Sisolak, who defeated Laxalt 49-45 in 2018. Neither man, however, has publicly said anything about their interest.

● NJ-03: Republican Assemblyman Ryan Peters sounds as though he’s considering a bid against Democratic Rep. Andy Kim, who just won re-election to a second term by a surprisingly hale 53-45 margin. Insider NJ says that Peters is “not ready yet to say he’s running for Congress,” but he also disparaged the idea of running against Democratic state Sen. Dawn Marie Addiego next year (a race he’s been rumored to be interested in) by saying, “Do I want to be in the minority again? I really don’t have a burning desire to do that.”

● NY-01, NY-02: With New York finally certifying the results of last month’s elections, the AP called the race for 1st Congressional District for Republican Rep. Lee Zeldin on Friday, a day after Democrat Nancy Goroff conceded; Zeldin defeated Goroff by a 55-45 margin. The AP also called the contest in the neighboring 2nd District, which Democrat Jackie Gordon conceded to Republican Andrew Garbarino a couple of weeks ago. Final tallies there show Garbarino winning 53-46.

That leaves just two unresolved House races, Iowa’s 2nd and New York’s 22nd, both of which are subject to ongoing legal challenges.