Most Americans won’t get Pfizer vaccine until June, because Trump passed on opportunity to buy more 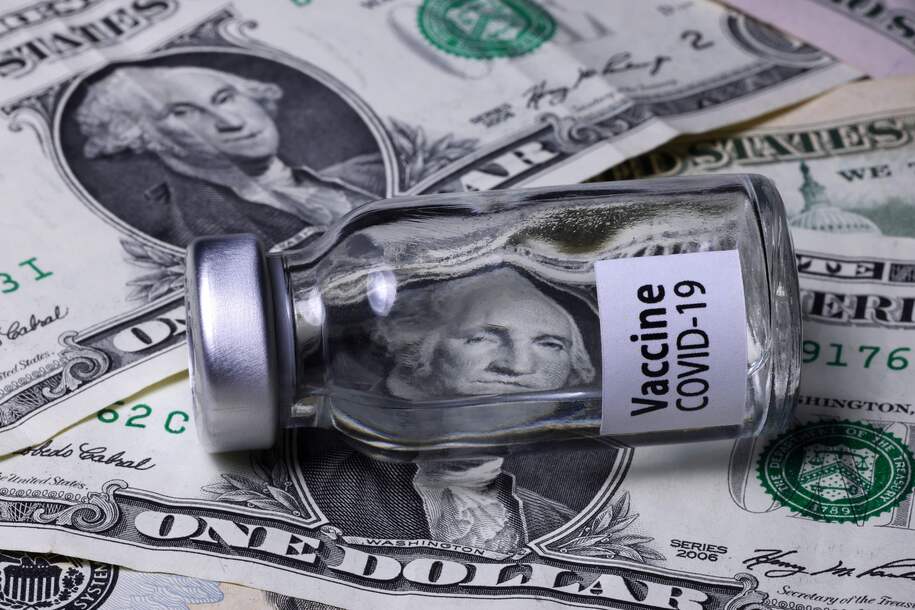 Remember the experiment monoclonal antibody that Donald Trump received during his own bout with the novel coronavirus? Trump promised to make that treatment free for every American. But despite Trump repeating that claim several times, the government has actually only ordered 300,000 doses—not enough to administer to the Americans who come down with COVID-19 on any two days of the last month. Also it’s still not free. Actually, it’s still not even available.

On an all-too-similar note, when Pfizer first announced the results of Phase 3 trials of their coronavirus vaccine in mid November, Trump was quick to proclaim this a win for “Operation Warp Speed” and to insist the vaccine would be available before the end of the month. But all of that is just another round of Trump’s claims, not the truth. The truth is Pfizer was not part of Operation Warp Speed. And when the United States had an opportunity to put in a big order for their vaccine … Trump passed. Other nations didn’t. As a result, it will be at least June before one of the two most successful vaccines so far is widely available.

As The New York Times reports, Trump had a chance to secure millions more doses of Pfizer’s mRNA-based vaccine. Obtaining those doses for the nation didn’t require a long-shot bet made way back at the beginning of the pandemic. That chance came in early November, when good results from Phase 2 trials had already been analyzed and Phase 3 results were just days away.

Trump didn’t pull the trigger. Other nations did. As a result, the United States will have access to enough vaccine for about 50 million people over the next eight months, and will have to wait for summer 2021 before more is available. That number could have been doubled had the U.S. committed to expanding its purchase when given the opportunity.

But just because the horse has definitively left the barn doesn’t mean that Trump isn’t planning to slam a big door. On Tuesday, Trump is expected to issue an executive order that “proclaims that other nations will not get the U.S. supplies of its vaccine until Americans have been inoculated.” Except that this order appears to be worth even less than Trump’s usual Sharpie-scrawled paperwork.

The sale of the vaccine to other nations is a done deal. As the BBC notes, the first inoculation with the vaccine outside of a trial occurred on Tuesday morning, with a 91-year-old British woman getting the first dose. And 800,000 doses are already on their way to the U.K.—and that’s just one of several international orders. The European Union announced a deal on November 11 for 200 million doses, twice the number that will be available to the U.S. over coming months. Other nations have negotiated additional deals.

There are other vaccines. The U.S.-based Moderna is just weeks behind Pfizer with their vaccine, which is based on similar technology and which achieved a staggering 94.5% efficacy in Phase 3 trials. Enough of their vaccine has been ordered to cover another 50 million Americans.

The real big bet that Trump and Operation Warp Speed laid down was on the Oxford/AstraZeneca vaccine, which should have been available to 100 million Americans. However, Phase 3 trials of that vaccine indicated that it may be significantly less effective than either Moderna or Pfizer in protecting against the virus. More importantly, a manufacturing and distribution error in AstraZeneca’s Phase 3 trial makes it difficult to interpret the actual efficacy of their vaccine, and is likely to delay emergency approval by the FDA.

More vaccine doses are expected to be available from Johnson & Johnson and Novavax, both of which are still conducting Phase 3 trials. Johnson & Johnson’s vaccine is notable for only requiring a single dose. However, they are not expected to report Phase 3 results until sometime in January or February.

Failing to secure additional doses of Pfizer’s vaccine in spite of promising results in Phase 1 and Phase 2 testing, means that Americans will be waiting longer, and have fewer options when it comes to receiving a vaccine. No matter what Trump writes on his executive order. That is, unless Trump genuinely intends to order troops to rip crates of vaccines out of the hands of doctors set to deliver it to nations that have already placed an order and negotiated payment. Which would only be an act of war.