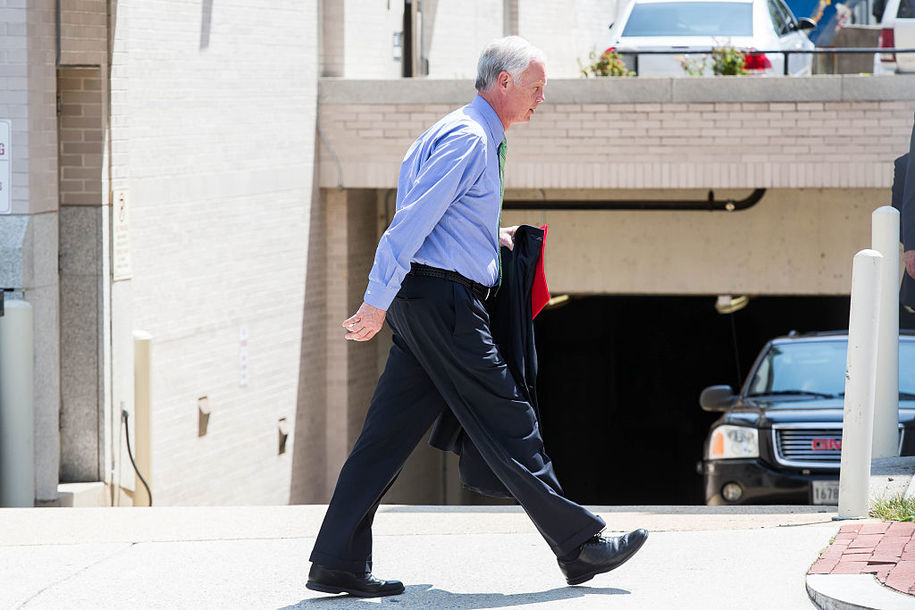 Just because retired X-ray reader Scott Atlas has left his post as American’s fud-spreader in chief doesn’t mean that the Republican Party is about to be even the slightest bit more reasonable when it comes to the science of COVID-19. Any pining for the days when Donald Trump was promoting a ineffective and dangerous drug in the face of a surging pandemic is about to get a fresh whiff of nostalgia tinged by Lovecraftian horror, as the Senate invites a range of cranks and quacks to testify on Tuesday.

Thanks to Vladimir Putin’s other favorite American, Republican Sen. Ron Johnson, the Senate will be hearing from a fan of (brace yourself) hydroxychloroquine. That’s right, the drug that has been found ineffective in multiple international trials—and which the FDA cautioned against back in June—is going to get another day in the Senate. And if that’s not enough damage, the “experts” Johnson has invited to speak are also expected to slam vaccines.

Republicans in the Senate are continuing to promote outrageous lies and dangerous nonsense in the midst of a still mounting plague. In doing so, they are causing American deaths as surely as the virus itself.

With 200,000+ cases and 2,000 Americans dying each day, the fact that there are at least two successful vaccines making their way to the public within a few weeks in one of the few bright spots in a very dark winter. But as The New York Times makes clear, Johnson is doing his best to bring in the clouds. And clowns.

In addition to the hydroxychloroquine promoter, who still insists on treating COVID-19 with a malaria drug, Johnson has invited at least two vaccine critics. Also on board, a “critic of masking and social distancing.” Meaning that Johnson’s traveling medicine show has quacks ready to kill Americans both now and later.

Ten months into the worst pandemic since 1918, Johnson continues to insist that this entire coronavirus thing has been “overblown.” In addition to the hearing on Tuesday, Johnson has repeatedly used his position at the head of the Homeland Security and Governmental Affairs Committee to elevate what the Times kindly calls “fringe beliefs,” but which are better explained as ridiculous and dangerous medical quackery whose promotion costs lives.

With every bang of his chairman’s gavel, Johnson is cutting off responsible scientists and keeping alive false beliefs that there is still a “scientific debate” over where masks and social distancing are effective. Still a debate over a series of treatments that have been tested and dismissed. Still a debate over whether COVID-19 itself is actually generating hundreds of thousands of deaths and leaving millions of Americans with long-term debilitating illness.

The effects of COVID-19 have not been exaggerated. The preposterousness and irresponsibility of Johnson’s action at this point are impossible to exaggerate.

Because even though Johnson is both wrong and wrong-headed in his promotion of these ideas, choices such as putting an anti-vaxxer in front of the Senate at a time when it’s important to build public support for the vaccine campaign that will unfold in just the next few weeks, have consequences. Johnson isn’t alone in these views. A Republican party and a right-wing media that are more concerned with promoting Trump than truth are still deeply engaged in supporting nonsense and outright lies.

On Monday, the nation remembered the devastating attack on Pearl Harbor. Seventy-nine years later, America is facing a casualty rate from COVID-19 that exceeds that attack every single day. And Ron Johnson is not on the side of Americans. It’s often pointed out that the crime of “treason” is strictly defined in the Constitution of the United States to limit the charge to those “levying war against the United States or adhering to its enemies.” But not every enemy is an enemy nation.