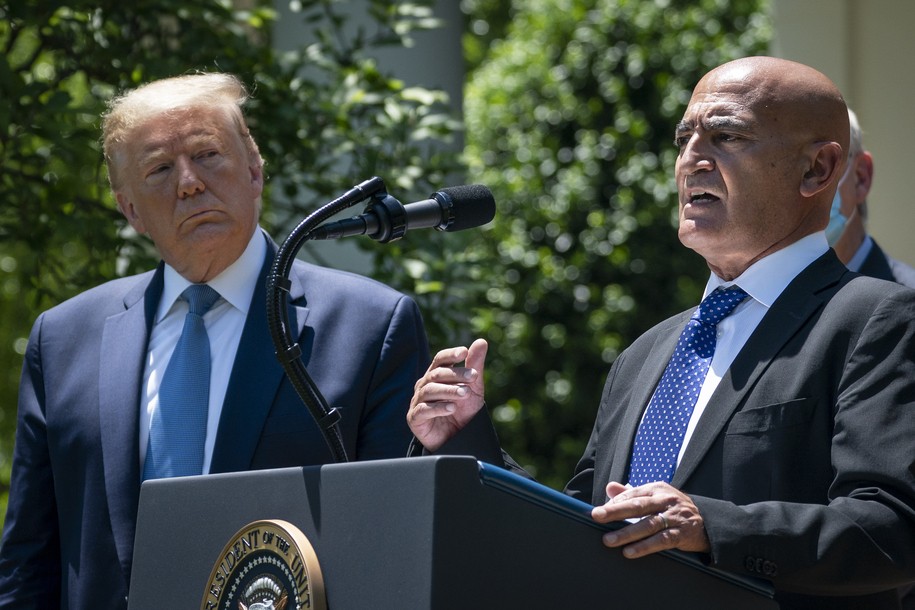 On Thursday, the FDA is holding a special meeting to discuss the COVID-19 vaccine from Pfizer. Based on the encouraging brief released for this meeting, it’s expected that the agency could choose that time to provide the Emergency Use Authorization which the company has requested. If that happens, vaccine doses could begin being administered in the U.S., just as they already are in the U.K.

Even though some people remain skeptical of the rapid speed with which COVID-19 vaccines were developed, and many Donald Trump supporters are still waving off the need for a vaccine as they continue to deny the danger posed by the coronavirus, this is expected to change. Within weeks, the nation can expect to see a huge surge in demand for vaccine, with Americans demanding their chance at a jab. Except that demand is likely to turn into frustration. Because despite Trump’s repeated claims about the military being ready to deliver vaccine across the nation, Trump’s Operation Warp Speed appears to have failed at the most basic requirement: buying enough vaccine from companies that were making good progress. As a result, America is likely to face a vaccine shortage that will stretch into summer 2021. With that shortage, will be a continuing pandemic, with more illness, and more deaths.

Multiple reports on Tuesday showed that the White House had the opportunity to buy additional doses of vaccine from first-across-the-line provider, Pfizer. However, the government, working through Operation Warp Speed, failed to expand their purchase beyond the 100 million doses (enough for 50 million people) already secured. Pfizer board members and former officials have even confirmed that the government passed on an option to buy up to 500 million doses as late as early November, just days before Pfizer announced the successful end of its Phase 3 testing. Other nations were quick to take advantage of the U.S. reluctance. International orders for Pfizer’s vaccine mean that available production is tied up through next spring.

The U.S. government has also placed an order for 100 million doses from Moderna, whose Phase 3 trial ended just a few weeks after Pfizer. Their similar mRNA-based vaccine has also been submitted to the FDA for approval, and doses of that vaccine could become available in January. However, Moderna is also a two-dose vaccine. Even if every dose of Moderna and Pfizer vaccines are used, that would account for less than one third of the nation.

Operation Warp Speed has purchased hundreds of millions of doses of other vaccines, including those from AstraZeneca and Johnson & Johnson. However, AstraZeneca’s Phase 3 testing was marred by manufacturing issues that meant not every participant got the same amount of vaccine in an initial dose. This was further complicated by results suggesting that volunteers who got less vaccine, actually had a better resistance to COVID-19. Sorting out the AstraZeneca data is expected to take some time, and though the company has moved for approval in the U.K., any approval from the FDA is likely weeks away, at best.

Meanwhile the Johnson & Johnson vaccine is still in the early portion of its Phase 3 trial (note: I am a participant in Johnson & Johnson’s trial), with volunteers still being recruited through the end of December. Because the Johnson & Johnson trial involves a single dose, rather than two doses delivered 3 to 4 weeks apart, it may return results more quickly than other trials. Still, it can’t be expected to hit targeted outcomes any sooner than late January or February, and is unlikely to be available before spring.

In total, Operation Warp Speed purchased nearly 800 million doses from six different sources. That seems like a solid “not putting all the eggs in one basket” approach. However, decisions on the vaccines were made in early stages, and there appears to have been no effort to secure additional doses as some vaccines moved through the process more quickly. Despite the name, the Operation Warp Speed appears to have been very slow in making adjustments.

There was also a very uneven distribution of funding. For example, despite the government’s purchase of 100 million doses from Pfizer, they were given no Operation Warp Speed funding for development. That funding first went to Johnson & Johnson and Moderna. The largest recipients of vaccine development funding were AstraZeneca; the little discussed vaccine from Novavax, which has just entered Phase 3 trials in the U.K. and has not yet started its U.S. trials; and a vaccine from a partnership of Sanofi and GlaxoSmithKline.

That last vaccine was the recipient of the largest single payout from Operation Warp Speed—$2 billion “to support advanced development including clinical trials and large-scale manufacturing of 100 million doses of a COVID-19 investigational adjuvanted vaccine.” Despite that huge investment, the progress for this vaccine has been running far behind competitors. The vaccine just left animal testing, and will enter Phase 1 trials for human testing in December. Even if everything goes well, it’s not expected to be available any sooner than the summer of 2021.

That huge investment in the Sanofi/GlaxoSmithKline vaccine candidate has attracted particular attention for one very good reason. As ProPublica reported back in September, Operation Warp Speed is headed up by “contractor” Moncef Slaoui, a former GlaxoSmithKline executive who is still sitting on $10 million in GlaxoSmithKline stock which he refused to sell. “I won’t leave those shares,” said Slaoui, “because that’s my retirement.” It’s worth noting that Slaoui did sell at least $12 million in other shares, including some from Moderna. Apparently $22 million isn’t enough to get by on for retirement.

The way that Operation Warp Speed spread its money around seems designed to prevent wedding the U.S. to any single solution and promote the development of a variety of vaccines. But by failing to adjust its response to the status of those vaccines as they moved through the pipeline, it made absolutely certain that unless all of the vaccines were successful and fast, the nation would not be able to meet the demand for vaccines until late in 2021. This did not have to happen.