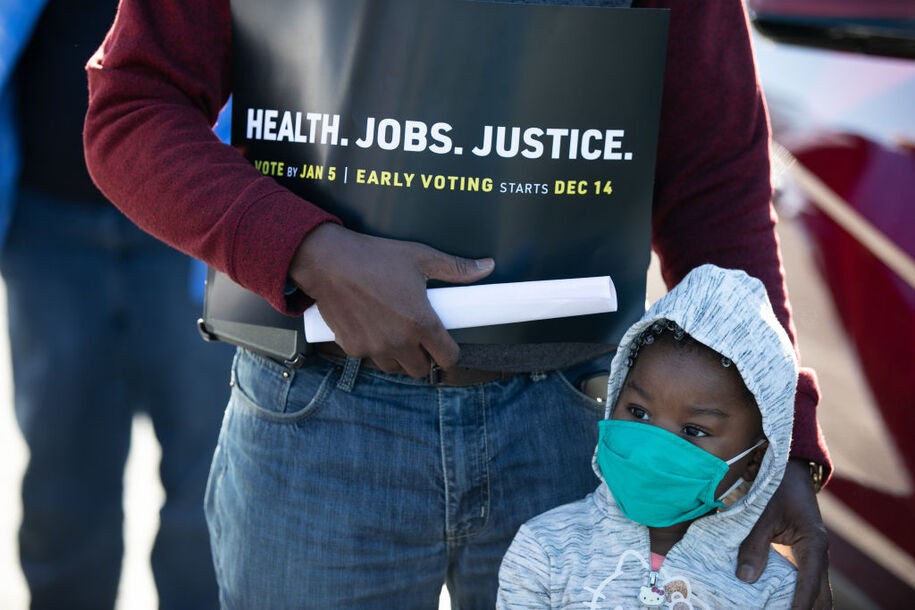 Proving that racism is the Republican Party’s defining trait, the Georgia Republican Party has recruited more than 4,000 volunteers in what they told Fox News is the “largest and most aggressive” poll-watching operation in the state’s history ahead of the Jan. 5 Senate runoffs. Of course Republican officials couched it in the usual “election security” language, with a strong current of intimidation running beneath the surface.

Georgia Republican Party Chairman David Shafer told Fox: “Georgia Republicans are building the largest and most aggressive ballot security operation in Georgia history. […] We have filed lawsuits to make sure that there are eyes on every part of the election process that is legally open to the public.” He said that Republicans will “fight to count every lawful vote and reject every unlawful vote. […] It is imperative that every Georgian concerned about election integrity vote in the January 5 runoff election.” That includes suing the state on the basis of the same bullshit conspiracy theories behind all Republican election suits that Republicans weren’t given access in poll watching and vote tabulation processes.

Ready to reach voters in Georgia, whether by phonebanking or textbanking, for the Jan. 5 runoff? Click to sign up for a training with Fair Fight—the voting rights group founded by Stacey Abrams—and they will set you up with what you need to start effectively reaching out to Georgia voters.

We’ve got one last shot at taking McConnell’s Senate Republican majority away in January. Please give $3 right now to send the GOP packing.

Republicans are suing to enforce “two vital facets of the Georgia Election Code governing the rights of duly appointed poll watchers and statutory safeguards attending the use of ballot ‘drop boxes’ as a method of absentee voting. The RNC argues that it is “entitled to access or view video surveillance of drop box locations in real time, or as near real time as practicable.”

All of this, of course, is about who’s doing the voting the Republicans want to suppress: the Black community. Republican state officials already making sure of that. They’ve tried to slash voting precincts in Cobb County, the state’s third-largest in terms of population, closing many polling places in Black and Latino communities. They only partially succeeded in that effort thanks to the intervention of voting rights organization.

Then there’re the Republican candidates with the bullhorns where dogwhistles used to be. It’s made easier for them with Rev. Raphael Warnock on the ballot. They say it out loud: “[Raphael] Warnock gives you a lot more to aim at than [Jon] Ossoff, especially on familiar themes that resonate with G.O.P. audiences,” one Republican strategist told The New York Times. “Ossoff is just too dull to make a useful political caricature of.” By “familiar themes that resonate” he means racist tropes, in case that wasn’t already loud enough.

There’s only one way to fight this. There’s only ever been one way: organize. That’s what Stacey Abrams and Fair Fight, Jon Ossoff, Raphael Warnock, and the Democratic Party is doing. You can help.