Republicans are engaged in an act of sedition, and no one should pretend this is just politics 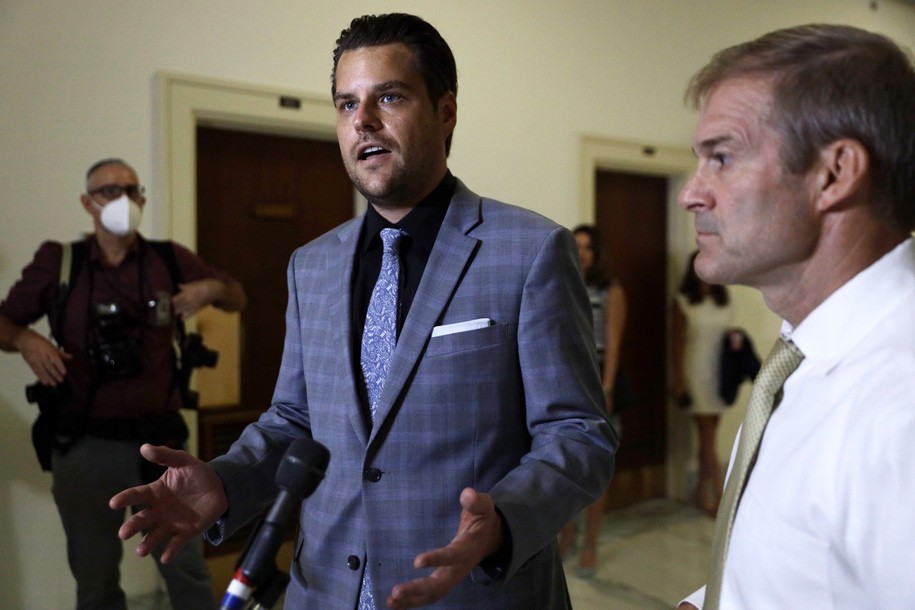 On Tuesday, Texas Attorney General Ken Paxton filed suit in the Supreme Court asking that the outcome of the federal election in four states—states that voted for Joe Biden—be overturned. Not recounted. Not investigated. But overthrown, eliminated, reversed. By any definition, what Texas asked of the court was for an immediate end to democracy in America and its replacement by single party rule. Then seventeen more Republican-controlled states signed on to this overt act of sedition.

On Thursday, 106 Republican members of the U.S. House added their names to this declaration that they’re done with the whole concept of representative government. If politics is war by other means, then Republicans are levying that war against the people, institutions, and foundations of the United States.

This is not a partisan dispute. There is no coming back from this. Certainly it should never be forgotten. Neither should there be any forgiveness. Republicans have launched a second civil war in the courts, and it should be treated no more kindly than any launched on the battlefield.

The Washington Post provides a list of the Republicans who, while technically not guilty of treason—perhaps, are none the less proud to put down their names as traitors, along with a 107th Republican who whined on Twitter that she was omitted from the official list due to a “clerical error.” The names you might expect are there … Andy Biggs, Mo Brooks, Greg Gianforte, Louie Gohmert, Jim Jordan, Blaine Luetkemeyer, Steve Scalise. So is a long list of GOP backbenchers both so odious and pitiful that the opportunity to put their name on this infamy is the “highlight” of their careers.

The statement pulls no punches in what it requests. As the secretary of state for Pennsylvania wrote, “Texas seeks to invalidate elections in four states for yielding results with which it disagrees. Its request for this Court to exercise its original jurisdiction and then anoint Texas’s preferred candidate for President is legally indefensible and is an affront to principles of constitutional democracy,” wrote Shapiro. “Texas’s effort to get this Court to pick the next President has no basis in law or fact. The Court should not abide this seditious abuse of the judicial process, and should send a clear and unmistakable signal that such abuse must never be replicated.”

For the attorney generals who have signed their names to this blatant effort to overthrow the duly elected government of the United States, the Supreme Court should send a powerful rebuke. It’s not clear what punishment the court might mete out to the complainants … but it should seek the harshest available.

Then every bar association should seek the disbarment of every one of these attorneys general for an act that involves signing on in support of statements they know to be false. This is an illegal, immoral, amoral, and insupportable attempt to break the nation. It should be treated as such.

And then every member of the House of Representatives who put their name to this document should be expelled. So 106, or 107. Republicans might have signed on to this atrocity. But there are 233 Democratic members, and 89 Republicans who did not rush to anoint themselves Traitors for Trump. Let the House put their integrity to the test by calling for the expulsion, one at a time, of every member who attempted to destroy the nation’s most foundational institution. And let them start with Minority Whip Steve Scalise.

It does not matter that the text and assertions of the Texas suit are ludicrous. It does not matter that they’re certain to fail. In many ways, that only makes things worse. If it were possible to plow the posts of these men under and salt the earth above them, that should be done. Failing that, every one of them should be made absolutely certain that this is a mistake that will ruin their reputations for a lifetime.

The only thing more ridiculous than the suit issued by Texas, is the idea that these people might take this action and then carry on as if it never happened.