Consequences required: The GOP cannot be allowed to attempt government overthrow and walk away 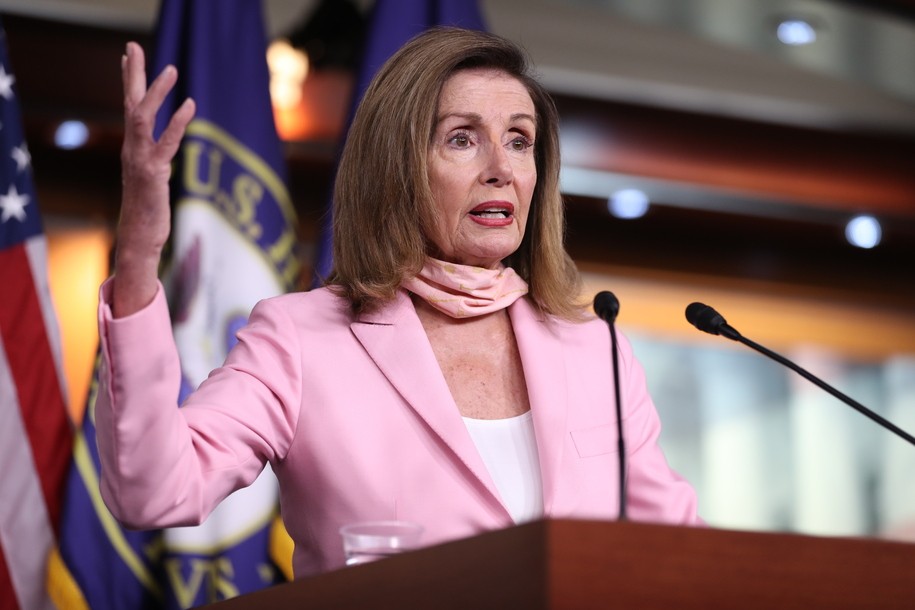 On Friday evening, the Supreme Court refused to take up the ridiculous, seditious case put forward by the state of Texas. It was an appropriate action, but in many ways it might have better if other justices had sided with Alito and Thomas and given the case a hearing … so that it could be slapped down hard, all it’s excesses and false statements underlined, and the genuinely traitorous nature of the entire action made clear. The 126 word refusal set down by the Court may have been a neat answer to the 126 House Republicans who signed on to this blatant attempt to overthrow democracy, but another five pages of tightly worded contempt would have served the moment much more clearly.

But just because the suit is dismissed doesn’t mean this incident is over. That’s not to say that Rudy Giuliani is going to find some other court (People’s? Public opinion? Owls?) where his nonsense conjectures are more readily accepted. He’s not. It doesn’t mean that the Electoral College will betray the nation and reinstall Donald Trump regardless of the votes. They won’t.

It means that the Republicans fired a very serious shot at the United States. And the nation had better fire back.

On Saturday morning, Donald Trump is still engaged in a seething response to the Supreme Court decision. As might be expected, Trump is sheltering behind the idea that the case was dismissed out of a technicality, to go on claiming that the content of the Texas suit — a hodgepodge of lies, damnable lies, and twisted fantasy—was just peachy. It was only that bit about “standing” that prevented the Court from uncovering the way that Democrats and dead dictators conspired to reprogram America’s voting machines.

Trump’s tweets are unlikely to ever garner any greater punishment than the warning label Twitter is affixing to each post. But at this point, allowing Trump to rant may be a service. No only is he continuing to demonstrate just how disconnected he is from any objective reality, but among other things, Trump is busily attacking Georgia Governor Brian Kemp three weeks before the Senate runoff in that state. So … sure. Let him do that.

That Trump would refuse to concede, claim that he was the real winner, pout, stomp his foot, and repeatedly throw Rudy Giuliani at the wall was all perfectly predictable. This is who Trump is. He does not have it in him to be gracious in defeat (or in victory). His petulance and lies were all a foregone conclusion.

Instead, Republicans first waged a conspiracy of silence under the claim that they were giving Trump’s delicate feelings time to heal. Then, one after another, they moved from bystanders to active participants in an attempt to upend the election. And that attempt moved to outright sedition. Nowhere was that more clear than 126 members of the House who signed onto the Texas suit. Republicans were, in fact, so eager to raise their hands to join Traitors for Trump, that they updated the list just to fit in more names.

This is how Michael Steele — former chairman of the Republican National Convention — described the actions of those Republicans.

“The act itself by the 126 members of the United States House of Representatives, is an affront to the country. It’s an offense to the Constitution and it leaves an indelible stain that will be hard for these 126 members to wipe off their political skin for a long time to come.”

And here’s what Speaker of the House Nancy Pelosi had to say about the actions by other members of her chamber.

“The 126 Republican Members that signed onto this lawsuit brought dishonor to the House.  Instead of upholding their oath to support and defend the Constitution, they chose to subvert the Constitution and undermine public trust in our sacred democratic institutions.”

That affront, that dishonor, that indelible stain has to be marked by action. It has to be marked by censure and expulsion. By refusal to seat those involved. By consequences that are lasting and impactful. Because if the Republicans get to take this shot at the nation and stroll away with chins held high, they will take another, and another. And not every one will miss.