FDA approval sends Pfizer vaccine moving across the nation, but some areas may miss out 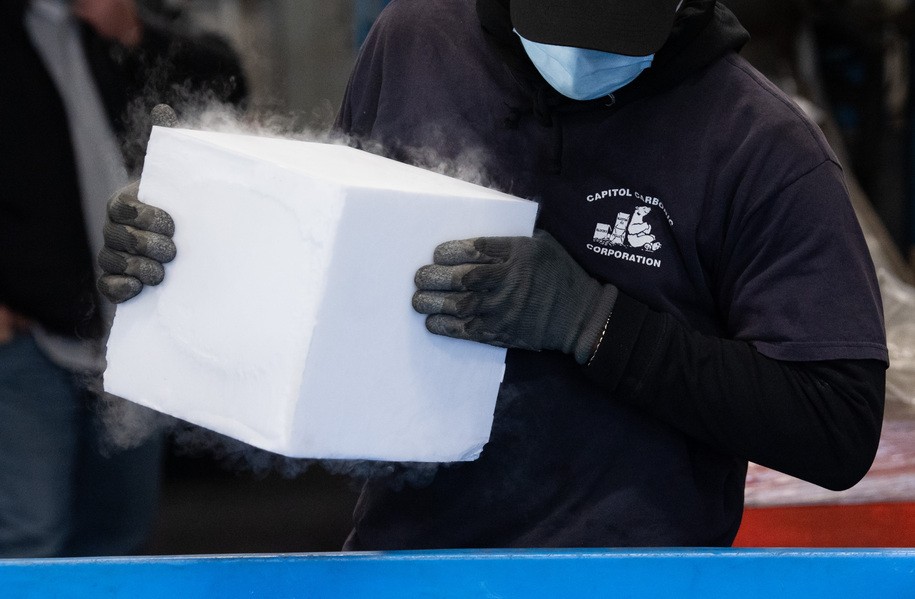 After an advisory committee gave their approval to Pfizer’s COVID-19 vaccine on Thursday, it was a foregone conclusion that the FDA would grant an Emergency Use Authorization this weekend. However, Donald Trump couldn’t hold off putting his thumb on the scale one last time. On Friday, Trump delivered threats to the FDA, telling them to release the vaccine immediately or else. The result was an end of the day scramble and a late night approval … that would have happened on Saturday without Trump’s intervention.

In any case, this is the weekend when vaccine is starting to move across the country. Pfizer’s vaccine needs to be stored at very low temperatures (-94° F), so palettes of vaccine are being shipped by federal contractors using specialty equipment. Also they’re using dry ice. Lots of dry ice. So much dry ice that it has the cheese industry worried about a shortage. Which is … not a concern that’s exactly on the top of most people’s lists.

Believe it or not, there are still a couple of technical hurdles to be cleared, as the CDC needs to check off some boxes. But there’s no doubt that the first vaccines will be actually given to people in the U.S. by Monday. The only problem? Not everyone who is at the top of the priority list may actually get vaccinates.

On Dec. 3, the CDC laid out a set of priorities for vaccine administration. However, these guidelines are not perfectly binding, and states have set up their own systems that (supposedly) better match local conditions and concerns.

As National Geographic explains, Oklahoma is targeting staff that care for COVID-19 patients across the state. Utah will concentrate vaccine in facilities with the highest rates of disease. New Mexico is giving first priority to the health care workers who actually give out the vaccine.

However, in every state, smaller facilities may be ignored, for a reason that comes down to numbers: Pfizer is requiring this first round of vaccine to be delivered in a minimum of 975 doses. The primary reason comes back to that cold storage requirement. With a shortage of the equipment to keep the vaccine properly chilled, it’s not possible at the moment to send small numbers of vaccine doses everywhere they might be needed. To participate in this first vaccine wave, smaller facilities will have to send their staff to a vaccine site rather than waiting for the vaccine to come to them.

That numeric requirement makes it particularly challenging for locations that would like to prioritize small, remote clinics, or to get vaccine to nursing home residents and staff. It’s also creating a secondary logistic problem in rural states, where workers are likely to be pulled out of overloaded facilities, possibly for a period of hours, in order to get the vaccine.

There are also concerns about the vaccine’s side effects. Though Pfizer’s data suggests that the rate of chills, tiredness, and body aches isn’t much greater than placebo, there have been reports of people being somewhat debilitated for a period of time after receiving the vaccine. This has hospital administrators worried: Should they give the vaccine to their entire staff at once, if it risks having a significant percentage off their feet for a day or two due to effects of the vaccine? But if they stagger the delivery, how does that align with the required number of doses?

And what about the cases in the U.K., where two people apparently had strong allergic reactions to the vaccine? The FDA guidelines state that no one should take the vaccine who has an allergy to any of its ingredients. But this is a wholly new vaccine technology. How is anyone going to know if they are allergic to these ingredients? Though neither of the U.K. cases was so severe as to require hospitalization or the use of an Epi pen, there is still an elevated concern.

By Monday, people will begin receiving Pfizer’s vaccine. Even if all doses are given to healthcare workers, it still won’t be enough to cover everyone on the front lines of fighting this pandemic.

However, Moderna’s vaccine is close behind. In about a week, this whole scenario is likely to repeat as that vaccine passes over the same hurdles. However, Moderna’s vaccine remains stable at ordinary refrigerator temperatures for up to 30 days, so both shipment and delivery should be greatly simplified. It’s likely that smaller rural facilities may be waiting another week or two for Moderna to fill in the gaps … without threatening the nation’s cheese.