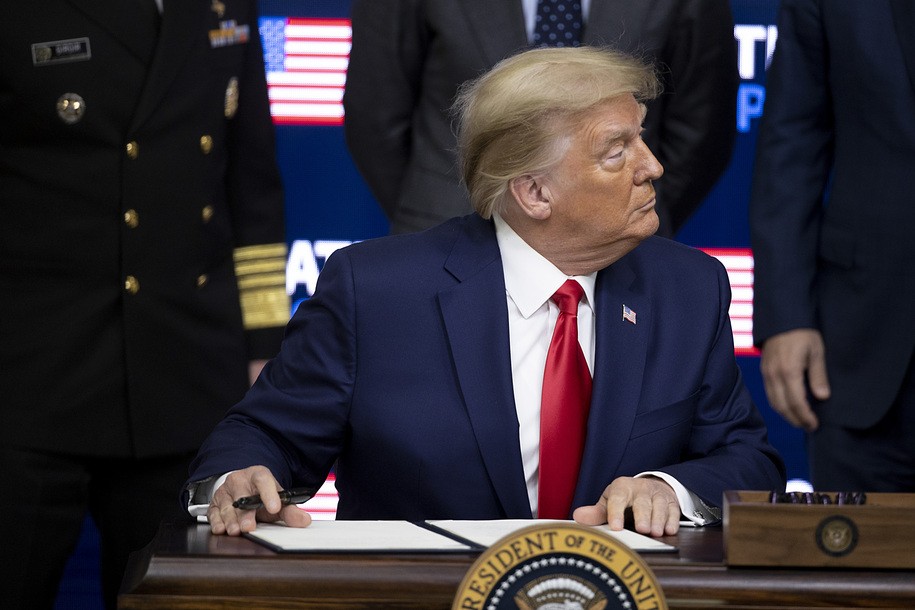 Team Trump’s ongoing efforts to remake the entire U.S. government in the image of Donald Trump before he’s forced out of office on Jan. 20 are now putting a major bigot in charge of Voice of America. Michael Pack, the Trump-appointed CEO of the U.S. Agency for Global Media, is reassigning the acting director of VOA, a career journalist, and replacing him with Robert Reilly, the author of books like Making Gay Okay: How Rationalizing Homosexual Behavior is Changing Everything and The Closing of the Muslim Mind.

Elez Biberaj, the acting director being forced out of the role, was blunt about what’s going on in an email to staff.

“The last six months have perhaps been the most challenging period in VOA’s recent history,” he wrote. “Regrettably, this period was characterized by an adversarial relationship between VOA and USAGM. Some agency officials failed to respect rules, protocols and processes that I considered inviolable, and displayed an indifference to the disruptive impact their actions and decisions had on VOA’s operations and mission.”

Those threats include an effort to kill off the military newspaper Stars & Stripes and an attack by political appointees on an experienced VOA reporter for insufficient loyalty to Trump. And now: Robert Reilly. But don’t for a minute think that the elevation of a bigot like Reilly is specific to Trump—he was previously the director of VOA under George W. Bush.

When Joe Biden is inaugurated, he’ll easily be able to replace Pack as the head of the Agency for Global Media, but replacing Reilly may actually be more difficult because of provisions the House put in the defense spending bill to rein in Pack’s abuses. Go figure.